Tesla’s stock (TSLA) seems like an unstoppable force at this point as it continues to reach new highs. Today, it jumped more than 10% to a new all-time high of more than $720.

The stock has been on a rally for the past several months and it intensified last week with the release of Tesla’s Q4 2019 earnings.

The automaker beat expectations on both revenue and earnings per share.

It resulted in a new rally pushing Tesla’s stock over $600, but it didn’t take long for the stock to now also cross the $700 mark:

It’s not clear exactly what is driving today’s price increase.

The entire market is up, but Tesla is outpacing the rest of the market by a significant margin.

One likely explanation is that Tesla’s stock is benefiting from a short squeeze at this time.

Dusaniwsky shared this interesting chart of the correlation between short interest on Tesla’s stock and the price: 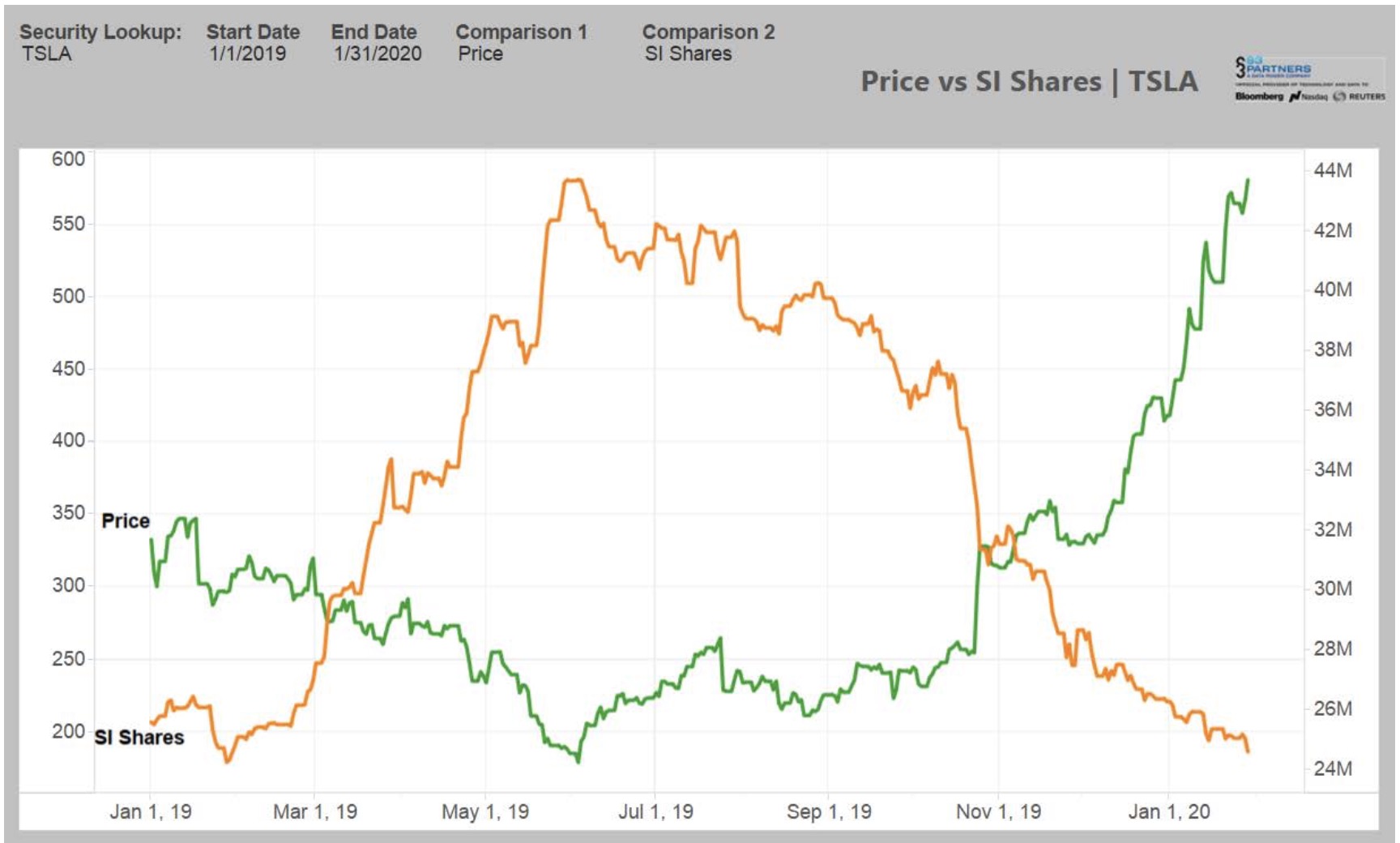 He predicted that the short squeeze could accelerate:

“Tesla’s short squeeze will probably shift into a higher gear as some short sellers re-evaluate their short thesis and begin to trim or close out their short exposure. Shorts were trampled by a Tesla Semi as its stock price rose +9% within the first 5 minutes of trading and had little chance to close out positions at anywhere near yesterday’s closing price. Over the next several days post-earnings long buying will be joined by short covering as shorts try and find more attractive exit points after this morning’s quick price surge.”

At the time of writing, Tesla’s stock was up 13% today alone and trading at $733 per share.

Disclosure: I am long TSLA.