It looks like Tesla Model 3 might be seriously disrupting the luxury sedan market in the US, based on the sales data in the segment, and Model Y could do the same to the even bigger compact SUV segment.

The Tesla Model 3 has long been positioned as a potential great competitor and electric alternative to the BMW 3 Series, which has been a popular premium sedan for a long time.

In 2018, Tesla reported that BMW’s popular sedan was listed in the top 5 cars Model 3 buyers are trading in.

Bernhard Kuhnt, chief executive officer of BMW North America, admitted that the ‘Tesla Model 3 is putting pressure on the market’.

And it’s not only BMW that is feeling the pain.

A new report from Wheels Joint correlates the decline of virtually all cars in the premium sedan segment to the ramp-up of Model 3 deliveries in the US:

“Tesla Model 3 is disrupting the luxury sedan market at an unprecedented rate. A compilation of historical sales data for top ten best selling luxury sedans in the US has revealed the extent of disruption in this segment.”

They released this chart: 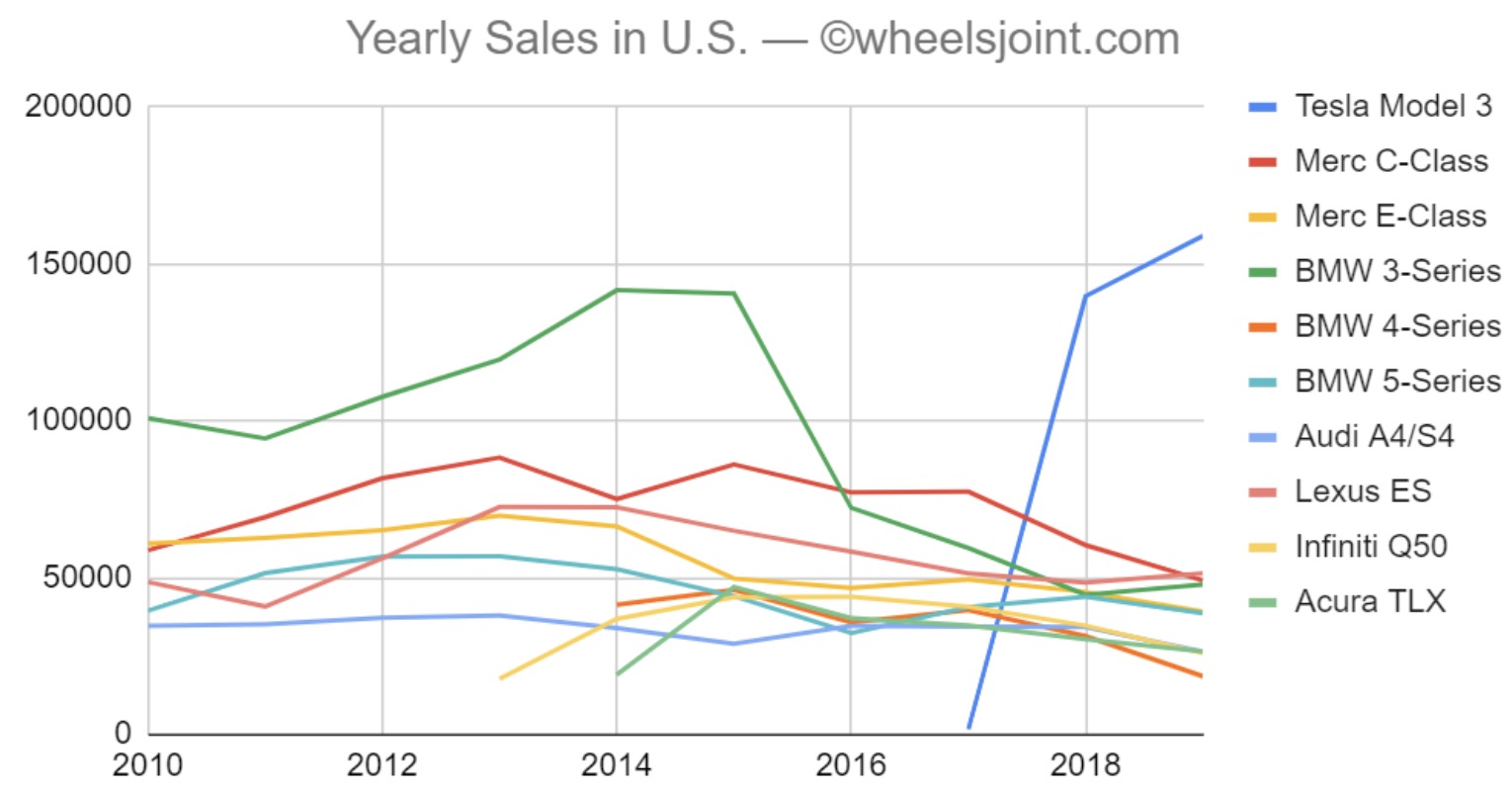 The publication added to the finding:

“A sudden downward shift in all the vehicles can be clearly seen in the chart after mass production of Tesla Model 3 kicked off in 2018. The downtrend is further extended in 2019.”

They listed the sales growth for 2017-2019 of the top vehicles in the segment:

Of course, correlation doesn’t mean causation and there could be other factors involved.

However, no one can deny that while Tesla has been doing great in the segment and outselling the next 3 closest competitors combined, everyone else has seen a decline in sales.

I think the Model 3 certainly has something to do with and apparently I’m not alone since BMW also admitted it.

Now the crazy thing is that I think the Model Y is going to have a similar impact on the compact SUV/crossover segment, which is even bigger worldwide.

If some people didn’t know that you need to go electric to compete, now they will.