JetBlue will offset emissions for domestic flights from July 2020 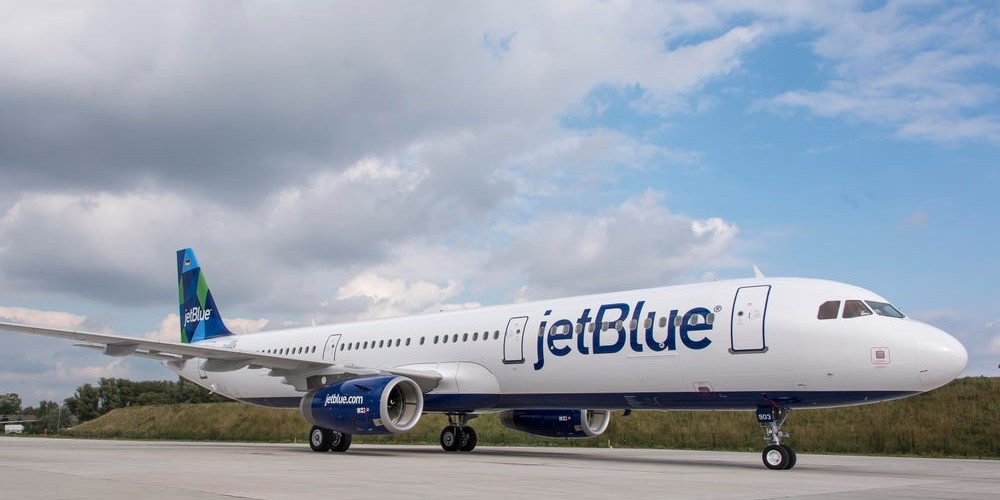 JetBlue announced this week that it will offset emissions from jet fuel for all domestic flights from July 2020.

It is the first major US airline to go carbon neutral on domestic flights.

JetBlue gave no indication of a plan for offsetting international flights.

This is a positive step for the airline, who was ranked last by the International Council on Clean Transportation (ICCT) in a white paper from September 2019 titled, “U.S. domestic airline fuel-efficiency ranking 2017-2018.”

In a press release, JetBlue explains:

JetBlue will continue to partner with Carbonfund.org — a leading US based nonprofit carbon reduction and climate solutions organization. JetBlue’s new carbon offsetting partners now also include established experts in the space — EcoAct and South Pole.

This expansion is expected to offset an additional 15-17 billion pounds (7 to 8 million metric tons) of emissions per year — the annual equivalent of removing more than 1.5 million passenger vehicles from the road. JetBlue will offer ways for the airline’s customers and communities to connect with the carbon offsetting projects JetBlue is engaging with.

It’s good to see airlines increasingly recognizing the climate challenge and committing in various ways to net zero emissions by 2050. But these are currently the exceptions, and we need industry-wide targets set by governments. There’s an urgent need to set a long-term 2050 goal, but at present the UN only has a goal to keep international aviation emissions at 2020 levels.

Environmental groups remain skeptical that carbon offsets alone are enough to mitigate aviation emissions, which rose by nearly a third between 2013 and 2018, and 70% faster than predicted.

The International Air Transport Association predicts that 7.8 billion passengers will be flying by 2036, a near doubling of the 4 billion who flew in 2017.

Beginning in 2020, British Airways is offsetting all emissions from its UK flights through verified carbon-reduction projects. Last year, EasyJet pledged to offset carbon emissions from the fuel used on all of its flights, making it the first major airline to pledge carbon neutrality across its network. KLM is aiming to reduce its carbon emissions 15% over 2005 levels by 2030, and SAS (Scandinavian Airlines) wants to reduce emissions by 25% over 2005 levels by 2030.