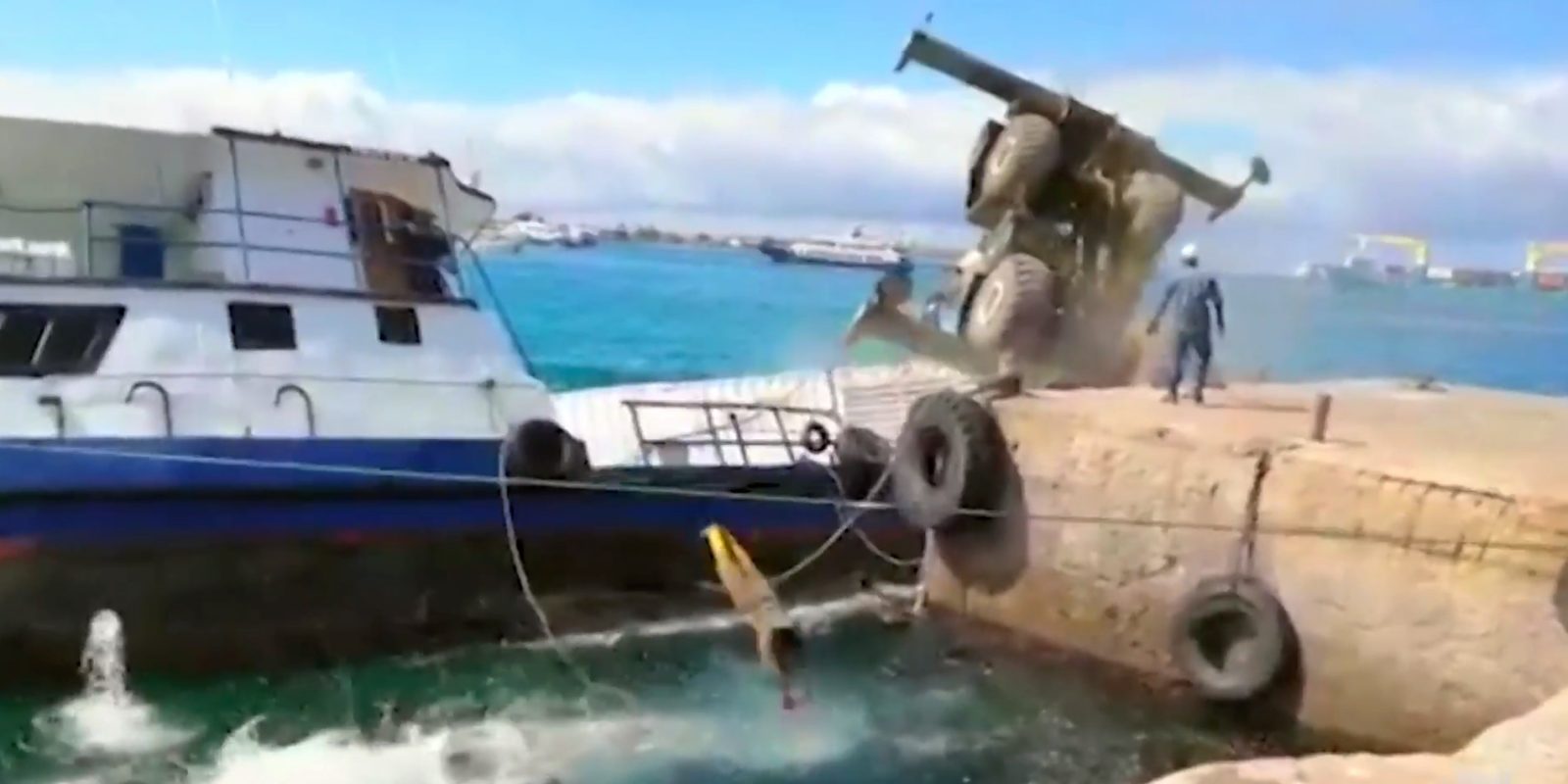 More than 600 gallons of diesel were dumped into the water in the Galapagos Islands after a ship was capsized by a falling container and crane.

The ship tipped over off the coast of San Cristobal Island, the easternmost Galapagos island. Here’s the moment the spill happened:

A pendulum action in two phases occurred. The container holding an electric generator slid across the deck of the ship, because the ship appears to not have been tethered properly. The container then drags the crane over and pushes the boat halfway over. Finally, the boat flips completely after the crane falls on it.

According to France 24, “The same barge, which is used to transport fuel and construction materials to the Galapagos, had sunk previously in February 2018 due to a weight imbalance, in a port on the Guayas River [in western Ecuador].”

Six hundred gallons is not anywhere near the catastrophic level of, say, the Exxon Valdez disaster. That spill dumped 11 million gallons of crude oil into the Prince William Sound in Alaska in 1989.

But the Galapagos archipelago is a Unesco World Heritage Site. It is home to one of the most fragile and diverse ecosystems on the planet. It’s the only place where certain species of iguanas, giant turtles, and sea lions live.

Ecuador’s presidential communications office said: “The situation is under control, and a series of actions have been deployed to mitigate the possible effects.”

According to the BBC, the Galapagos National Park said the Ecuadorian Navy and environmentalists were “putting up containment barriers and absorbent cloths to reduce the environmental risk.”