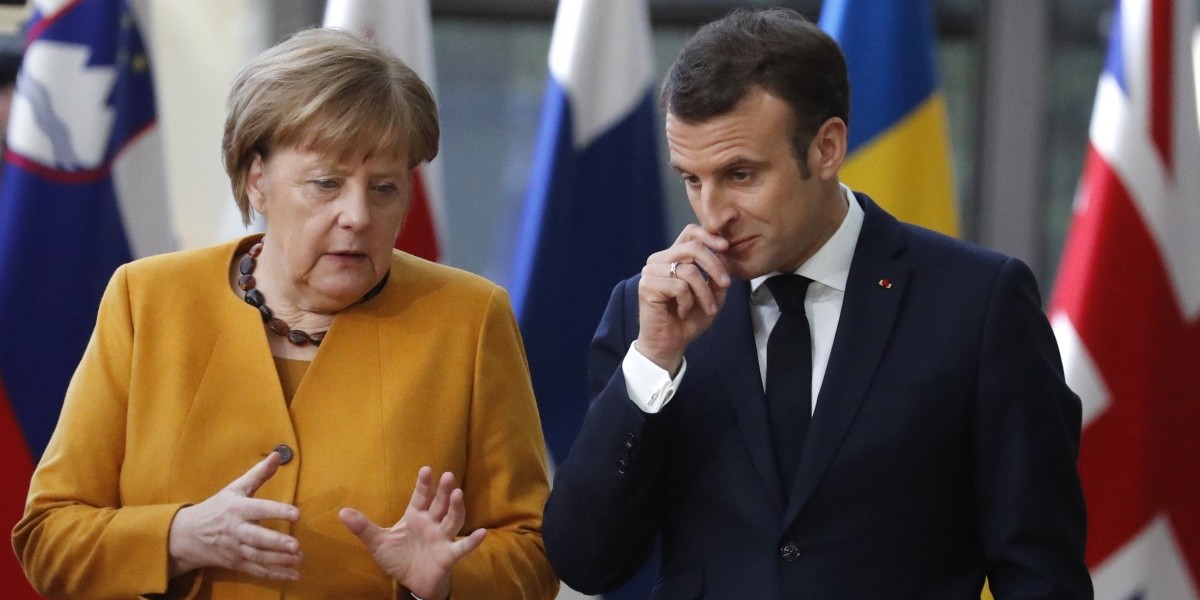 Is nuclear green? France thinks so

France and Germany are not agreeing on whether nuclear should be included in the EU’s upcoming green energy finance taxonomy.

Tabled in 2018, the EU taxonomy aims to determine which economic activities can benefit from a sustainable finance label at European level. The objective is to give clear indications to investors so they can redirect their financing towards environmentally-friendly sectors.

Six pre-defined environmental objectives must be met in order to obtain the label. If any technology seriously undermines one of those goals, it is automatically disqualified.

It is because of this double level of control that nuclear energy failed to win the green label in the European Parliament, until the Council representing EU member states voted to reinstate it in September.

Nuclear has no scientific evidence for waste treatment, and that’s why it was not initially included. But France believes that nuclear is necessary to combat global warming, as it meets the low carbon-emissions objective. About 75% of France’s power comes from nuclear energy.

“Nuclear energy is not safe and sustainable nor cost-effective,” said German state secretary for energy, Andreas Feicht, during a September meeting of EU energy ministers. “So we reject the idea of EU money to extend the life of nuclear power stations,” he said.

Meanwhile, Germany is not averse to labeling natural gas as green energy. Natural gas is a fossil fuel. Germany sources 22.6% of its primary energy from natural gas.

Due to a green energy increase and the return of nuclear power, Japan’s greenhouse gas emissions fell 3.6% to a record low in the year to March 2019, according to Reuters. This marks Japan’s fifth straight annual decline.

Japan has restarted nine reactors since the 2011 Fukushima nuclear disaster. Nuclear energy generates 6.2% of Japan’s power, doubling from 3.1% a year.

Green energy made up 16.9% of electric power generation in the 2018 financial year. Thermal power generated 76.9%.

Cuba gets a little greener

The country will focus on solar, and it also intends to use bioelectric plants linked to the sugar industry, wind farms, and hydraulic power.

As of yesterday, businesses and households can sell any surplus energy they generate from solar panels to the state-run Electrical Union.

The other 96% of Cuba’s energy comes from fossil fuels, so this is a welcome move to decrease that dependence. Hopefully they will set more ambitious targets as the green energy initiative gets under way.

Massachusetts cranberry farmers are building solar panels in their cranberry bogs in order to stay in business, according to the Associated Press.

Due to crop surplus and a reduction in demand for cranberry juice, the price of cranberries has dropped 57% in a decade.

Some farmers want to build solar arrays “high enough off the ground and in more spaced-out clusters to allow for crops to be safely grown and harvested underneath.” That way, they could make extra income and also continue to farm.

Michael Wainio, a fourth-generation cranberry farmer, said he has sold off parts of his land, started a side business harvesting bogs for other growers, and launched a farm stand, deli, and bakery operation in recent years to make ends meet.

“We’re doing everything we can to diversify, and it’s not enough,” he said. “If we don’t get this, I’d be surprised if we made it five years.”

Wainio is working with developer NextSun Energy on a project calling for roughly 27,000 solar panels over about 60 acres (24 hectares) of active bogs across three farms in Carver, near Cape Cod. The project would produce about 10 megawatts of energy, or roughly enough to power more than 1,600 homes, according to NextSun.