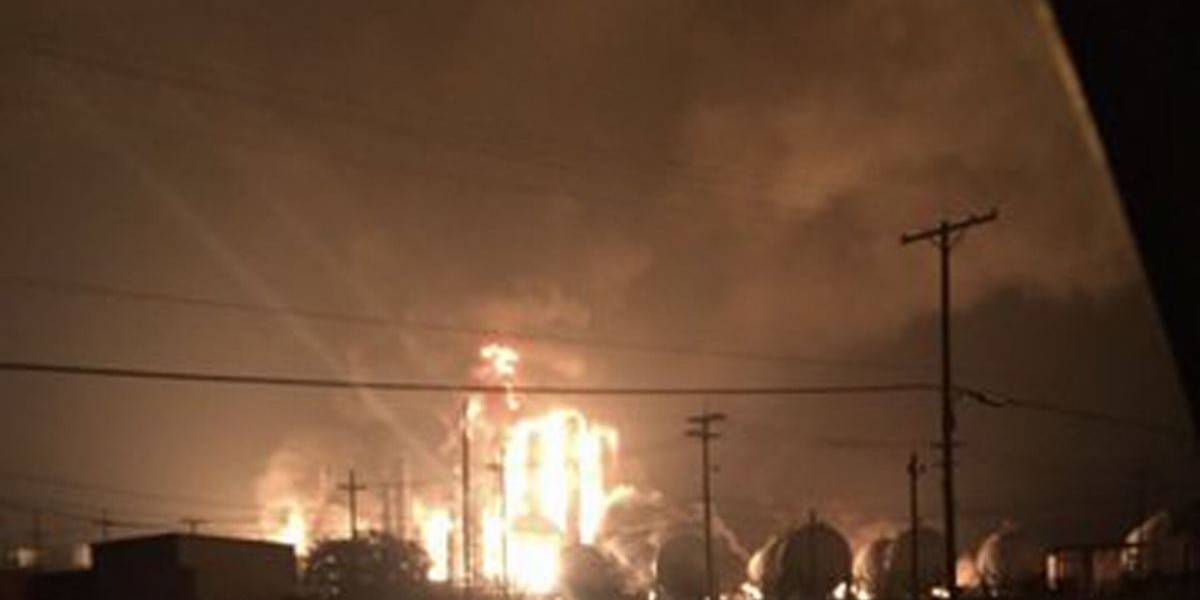 There was a chemical explosion at TPC Group chemical plant, which makes products for chemical and petroleum companies, in Port Neches, Texas, early this morning.

Witnesses said the explosion felt like a bomb went off, and could be felt as far away as neighboring Louisiana. Residents living within a half mile of the plant were told to leave their homes.

The massive chemical explosion caused extensive damage across the small city and injured at least three employees. A chemical fire continues to burn at the site.

Just earlier this year, TPC was fined $214,000 for excessive emissions and pollution — including a failure to report incidents — by the Texas Commission on Environmental Quality.

TPC EXPLOSION: Our view from 366 in Port Neches near Earle Street.https://t.co/xuZfnvS968 pic.twitter.com/elAy3pEWhu

Port Neches is around 90 miles east of Houston and inland from the Gulf of Mexico.

On November 21, the Environmental Protection Agency (EPA) announced that they were ending regulations that require chemical plants to provide the public with information about potential risks.

Electrek reported that announcement, as well as comments from Mayor Tommy Muska of West, Texas, the site of a massive chemical explosion at a plant on April 17, 2013, which resulted in the EPA putting the regulations in place under the Obama administration.

They’re going to say everything is fine, and every few years something like this is going to happen again, and “Oh, yeah, we need to look at this again.”‘

Little did Muska know how prescient he was, or that the EPA’s memory would be jogged this quickly.

According to Mike White, the Jefferson County Emergency Management coordinator, there are a couple of chemicals housed at the facility.

His crew is treating it like it’s the most serious, Butadiene. It is a colorless gas with a gasoline-like odor, used to produce synthetic rubber products like tires, plastics, and other chemicals.

Long-term exposure has been associated with cardiovascular disease and cancer. That’s why the air quality will continue to be monitored.

Mia Hubert posted footage of the explosion on Twitter:

my bf took this vid pic.twitter.com/W489LgQa6F

And resident Eddie Ramirez posted the moment the plant exploded, which was captured on his home’s video cameras:

WOW: Incredible video shared with us of the Port Neches plant explosion earlier this morning, not far from Beaumont. Eddie Ramirez writes: "My video cameras caught the moment impact. I hope and pray that everyone is ok." Latest updates: https://t.co/XTy9gwimgB | #HTownRush pic.twitter.com/pF63DrTFZL

So what Electrek would like to ask EPA administrator Andrew Wheeler, who says the regulations were “unnecessary administrative burdens”: Would you be comfortable living in Eddie Ramirez’s home, not knowing what was being manufactured in the neighboring plant?

There was also another chemical plant fire in Charleston, at the Lanxess chemical plant early Wednesday. The site has six production plants and manufactures phosphorus chloride and flame-retardant additives. The fire was extinguished quickly.

NorthWestern Energy, Montana’s largest monopoly utility based in South Dakota, was told by the Public Service Commission (PSC) this week that it cannot charge homeowners with solar panels a higher rate for electricity. Further, it also cannot reduce the refund homeowners get for generating their own electricity.

The PSC said NorthWestern hadn’t presented enough information to justify the price hike (they had two years to gather data), and said they could come back when they’d gathered more information. The PSC was unanimous in its decision to reject NorthWestern’s attempt to charge solar customers.

According to the Missoula Current:

NorthWestern Energy tried to get permission to add a demand charge of $40-$45 a month to the utility bills of those with new rooftop solar systems. Those with existing systems would not have the additional charge. The utility tried to justify the charge as a way to recoup fixed transmission and distribution costs.

A new housing development has broken ground in Tempe, Arizona, which won’t allow residents’ personal cars to be driven or parked on site, Curbed reports [via the Wall Street Journal]. It will be finished next year. Or, as Culdesac puts it, “1,000 residents, 0 private cars.” 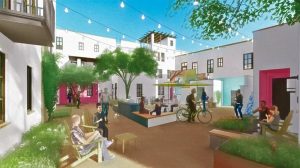 Culdesac Tempe, a 1,000-person rental development, will instead use the space that would have been set aside for residents’ parking for retail, a food hall, green space, and other features.

The development is next to a light rail that connects to downtown and Arizona State University, and the developer was able to negotiate its way out of the required parking spots by prioritizing other, more green-friendly transportation options like ride shares, scooters and bikes.

If the development is successful, Culdesac will be looking to bring the concept to other US cities.