Tesla’s latest updates show that it is improving its efficiency by 3% a year, which is increasing its already impressive lead over the rest of the automotive industry.

Electric vehicles are always significantly more efficient than gasoline and diesel-powered cars, but the efficiency between electric cars remains important because it determines how much range you can get with a certain battery capacity.

If you can make an electric car more efficient, you will be able to use fewer batteries to achieve your desired range.

When it comes to long-range electric vehicles, Tesla has been the industry leader for a while, but it even took the overall electric vehicle efficiency lead after its latest 2020 vehicle updates.

These updates were only the latest in a series of improvements that Tesla has been making to its vehicles over the years.

We are starting to get a lot of data and someone did the math!

Kevin Rooke plotted the efficiency of all of Tesla’s vehicles going back to the Roadster: 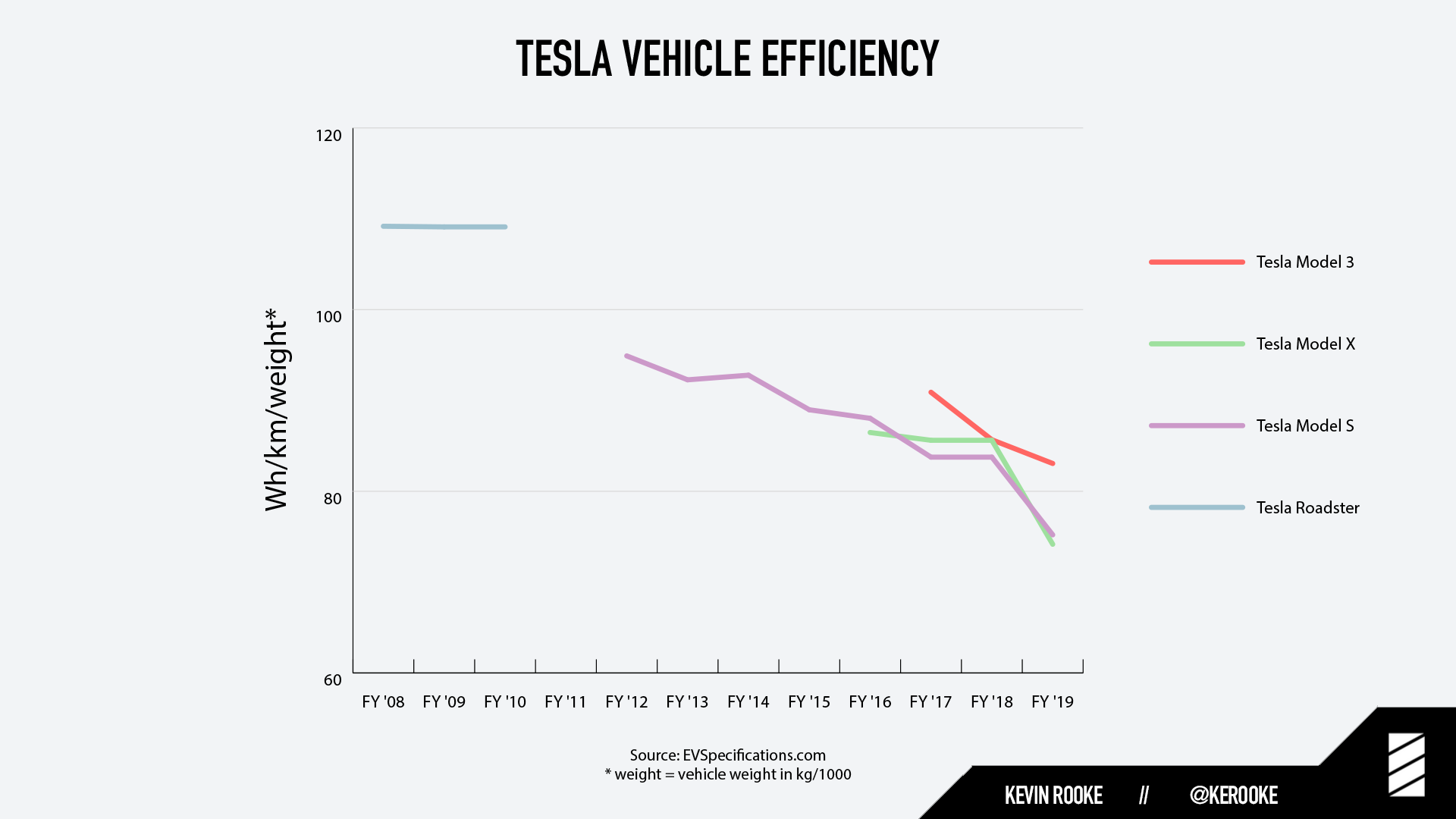 He figured out that Tesla has roughly improved the efficiency of vehicles by 3% a year over the last decade.

Rooke wrote on his blog:

“Either way, it’s fascinating to see how steady Tesla’s efficiency improvements are. Every passing year Tesla cars use roughly 3% less energy than in the previous year to travel the same distance (normalized for vehicle weight).”

As you can see, Tesla has especially made some great improvements over the last year.

Rooke also plotted the efficiency against other electric vehicles: 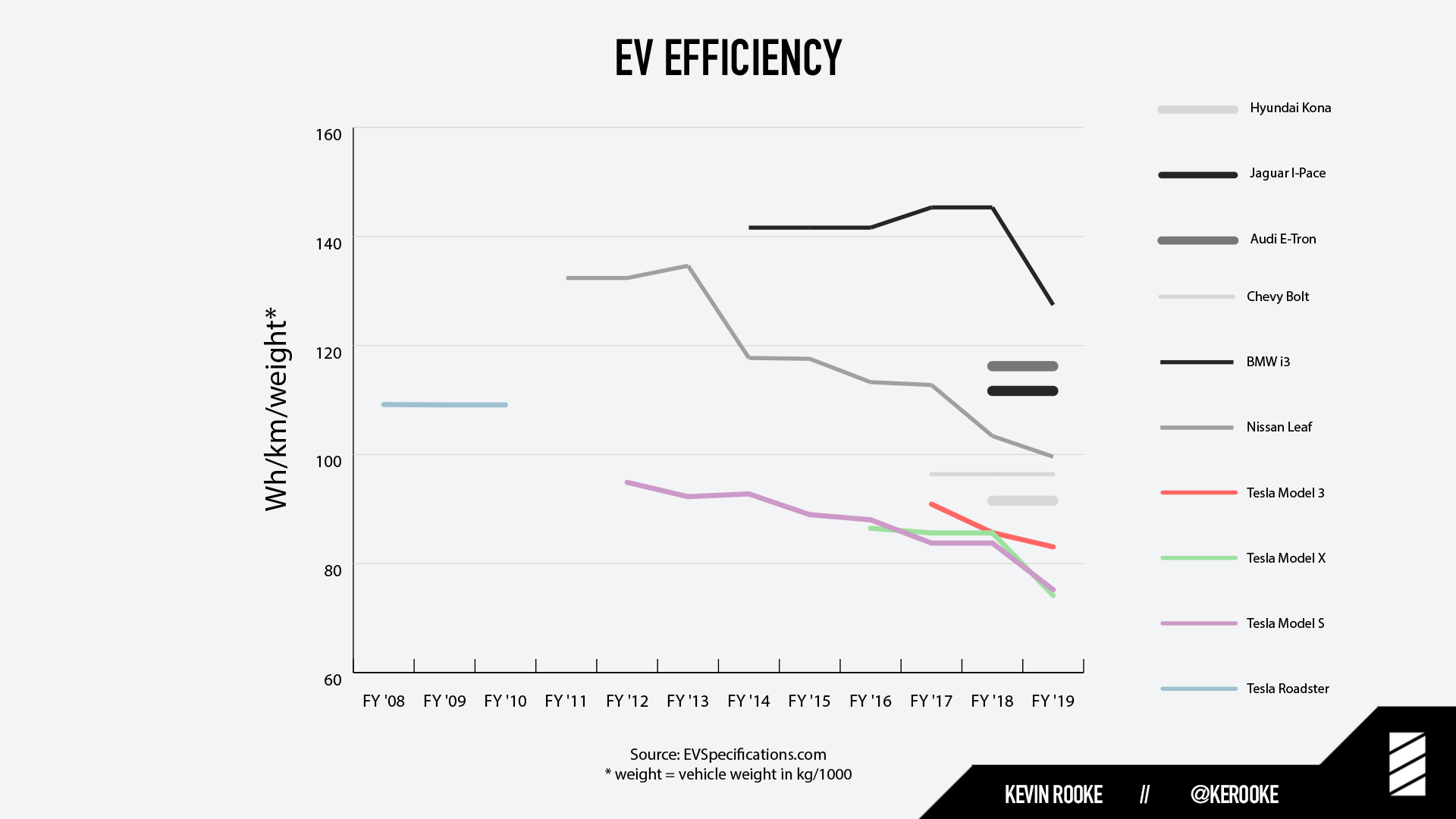 Other electric vehicles that have been around for a while, like the Nissan Leaf and the BMW i3, have also improved.

However, Tesla still maintains a strong lead over the rest of the industry.

If anything, the launch of the Ford Mustang Mach E yesterday shows that even brand new EVs have nothing on Tesla when it comes to efficiency.

It raises the question: “how does Tesla have such a strong lead in EV efficiency?”

There are many answers to this in my opinion.

First off, I think Tesla has been doing EVs for so long that it is more confident about their batteries – meaning that they don’t see the need for big energy buffers.

They have more usable capacity per battery pack than most other automakers.

On the technology side of things, Tesla probably also has some other features helping them.

For example, Tesla is the only automaker using cylindrical battery cells, which I presume has something to do with its industry-leading efficiency.

I think more automakers are going to start taking EV efficiency more seriously and looking at Tesla as an example.