The new 2020 Hyundai Ioniq Electric has received its official EPA rating with its new battery pack: 170 miles, but it lost the efficiency crown to the Tesla Model 3.

With an EPA-rated range of 124 miles on only a 28 kWh battery pack, the all-electric version of the Hyundai Ioniq was the most efficient electric car ever rated by the EPA for a long time.

The Korean automaker is now releasing a new 2020 version of the Ioniq Electric, and it is equipped with a much bigger 38.3 kWh battery pack.

When they announced the update to the vehicle earlier this year, they were talking about a range of 294 km (183 miles), but that’s based on the WLTP standard. The EPA range was expected to be closer to 165 miles on a single charge.

This week, the EPA has released the official rating for the 2020 Hyundai Ioniq Electric, and it actually gets 170 miles of rated range.

It’s a significant increase in range from the previous version of the model, but with the larger battery pack, the efficiency went down as expected.

A 133 MPGe is still an extremely impressive efficiency, and it would have been enough to still be the most efficient EV on the market if it wasn’t from Tesla’s own update to the Model 3.

As we reported yesterday, Tesla’s updated 2020 Model 3 Standard Range Plus took the crown from the Hyundai Ioniq Electric: 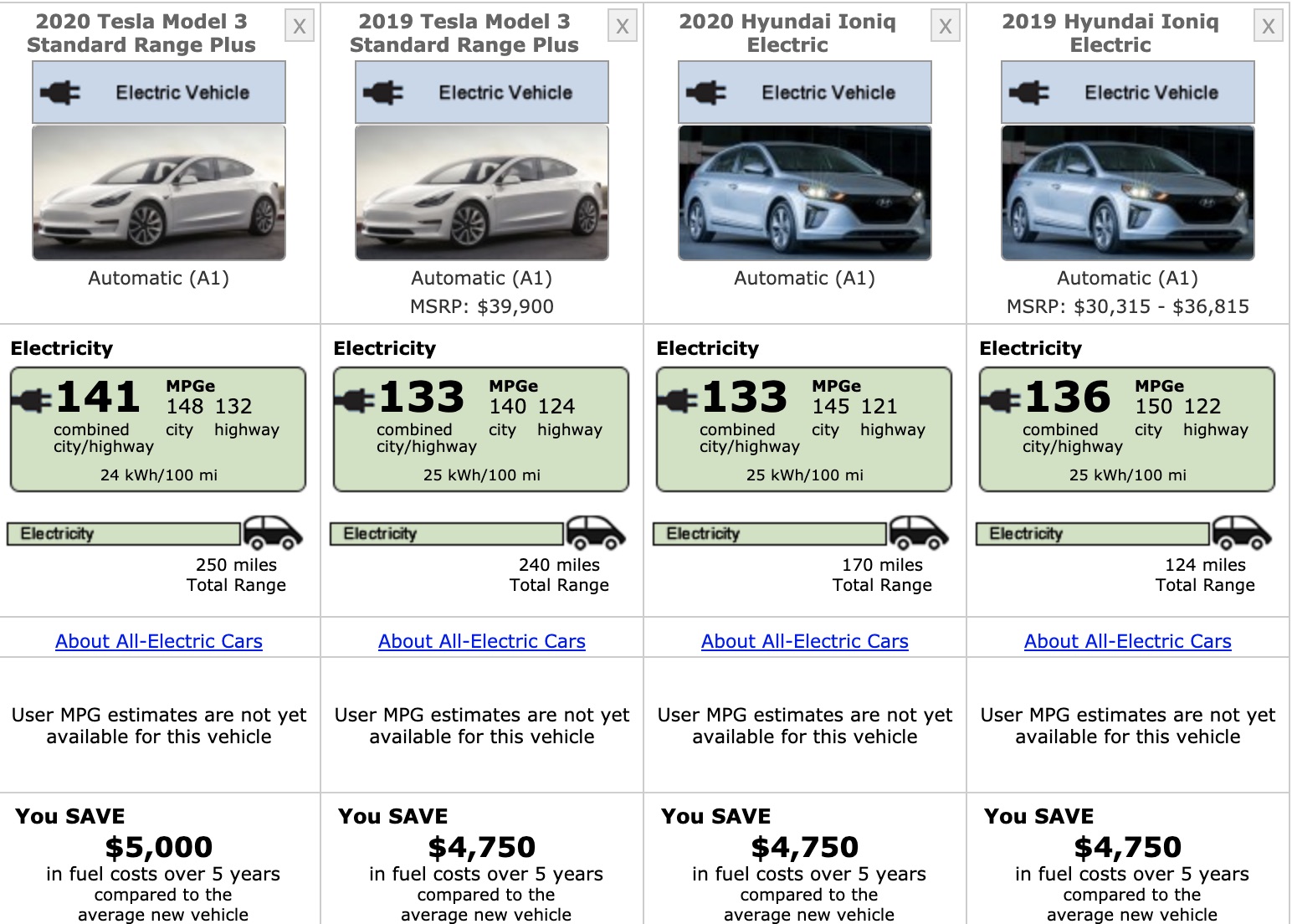 The 2020 version of the Hyundai Ioniq Electric also includes a few design updates and new options.

Hyundai has also been talking about the possibility to increase production with the new version.

They have been delivering decent numbers in some markets, but in the US, the Ioniq Electric has been mainly a compliance car with less than 100 deliveries per month.

That’s a more than decent upgrade in range and a needed one since the original release of the Ioniq.

At a ~$30,000 price, the vehicle will become more attractive to people in markets where there are decent incentives.

For example, the Ioniq Electric has proven popular in Canada with the $5,000 federal incentives and some provincial incentives.

For people who understand that a range of more than 200 miles is not a necessity in most cases, it could prove a decent option.

But like any vehicle in that segment, they face an uphill battle against the Tesla Model 3, as Tesla remains the best at making efficient long-range EVs.