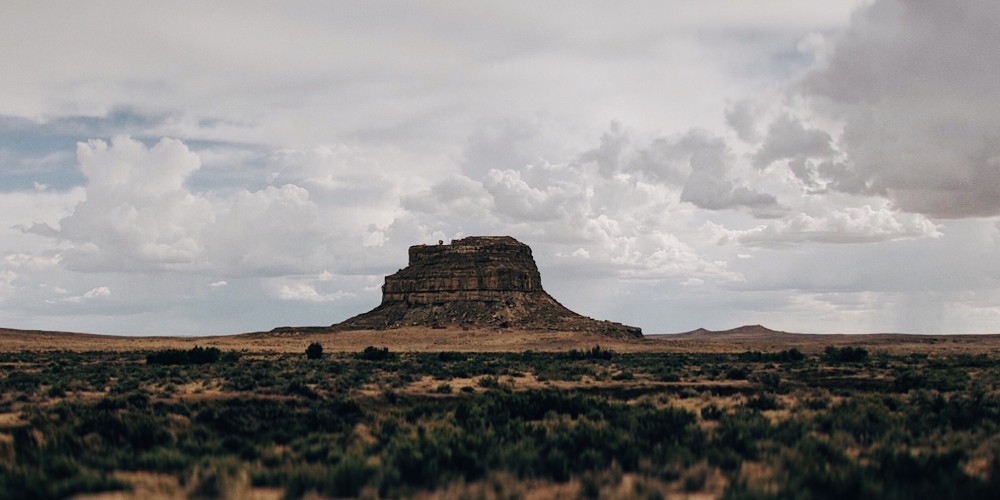 US Interior Secretary David Bernhardt spoke at the annual meeting of the New Mexico Oil and Gas Association in Santa Fe yesterday. The interior secretary criticized the Green New Deal, saying that its “policies threaten their livelihoods and economic progress,” according to the Associated Press.

At the meeting, he also “touted progress in speeding up processing times for drilling permit applications by the Bureau of Land Management [BLM].”

The US Department of the Interior (DOI), which Bernhardt heads up, is responsible for protecting about 500 million acres of public land.

Further, Bernhardt cited a one-year moratorium on new federal oil and gas drilling leases within a national park as balanced regulation. Chaco Culture National Historical Park in New Mexico (pictured above) is sacred to Native Americans and is a UNESCO World Heritage site.

But in an interview with the Santa Fe New Mexican, he wouldn’t say whether that moratorium would be extended beyond one year. “It was the third time the Trump administration had planned to sell parcels near Chaco Canyon and then deferred the leases.”

He also addressed the conflict of interest as his current role with previously being an oil and gas lobbyist. A New York Times investigation detailed how Bernhardt pushed for a policy pursued by a former client. He said:

Look, I’ve been employed by the United States government substantially longer than I’ve been employed by any oil and gas company or any other client. But more importantly, I’m a lawyer who fully and appropriately understands that I’m here to serve the public. And that’s the only reason I took and engaged in this public service.

And to do so, I have certain rules that I have to comply with. And I am rigorous in my compliance. I am meticulous. But I do have a policy view, and that policy view is shaped by my view that I fully support President [Donald] Trump’s policies and visions for conservation, stewardship, and for resource development.

According to their own page, the US DOI’s mission is as follows:

The Department of the Interior conserves and manages the Nation’s natural resources and cultural heritage for the benefit and enjoyment of the American people, provides scientific and other information about natural resources and natural hazards to address societal challenges and create opportunities for the American people, and honors the Nation’s trust responsibilities or special commitments to American Indians, Alaska Natives, and affiliated island communities to help them prosper.

The irony of the interior secretary criticizing the Green New Deal wasn’t lost on Alexandra Merlino, the director of the Partnership for Responsible Business, in Santa Fe. In an op-ed for NMPoliticalReport, she wrote:

Bernhardt and the BLM have advanced Resource Management Plans that favor fossil fuel production over all other uses such as recreation and wildlife protection. Unchecked oil and gas development threaten critical wildlife habitat and corridors used by migrating species. That’s a conservation problem and an economic problem…