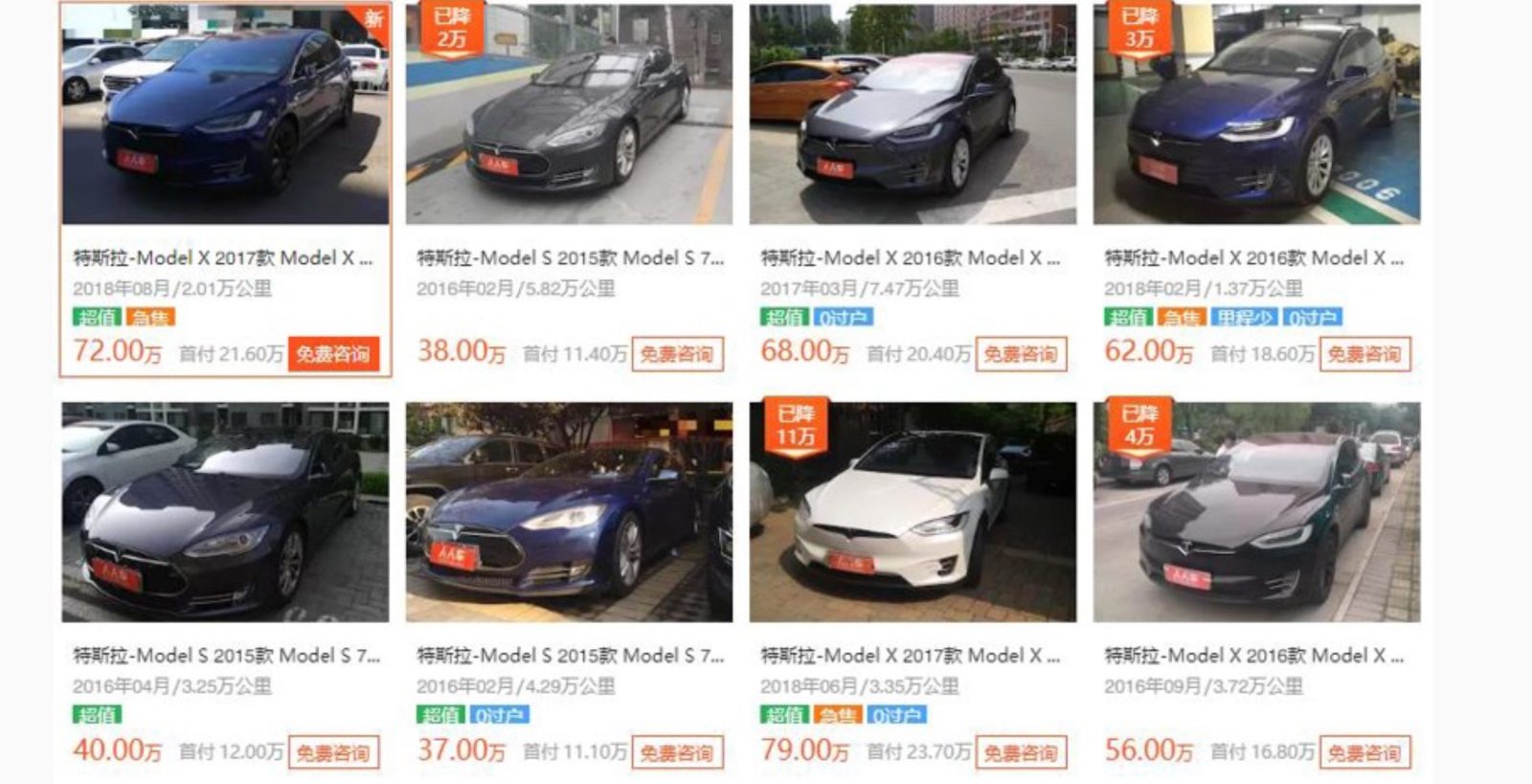 We have already seen Tesla’s used vehicles leading in value retention in the US, but the lead is apparently even more significant in China where used Tesla vehicles are preferred by resellers.

Due to Tesla being a relatively new brand and the variables of EV battery loss unknowns and subsidies, there were some initial concerns about how the vehicles would hold their value over time, but studies in the US show that Tesla vehicles still hold their values better than competition on the used market.

Now similar data is coming out of China.

“A Tesla’s residual value—basically the future value of a car after a certain amount of use—at one year is more than 70% of its original price, far higher than the value of any Chinese EV model at the same mark, according to an August report from a Chinese automobile industry group studying leasing and resales.”

Both Model S and Model X are retaining their value in China at a much higher rate than any other electric vehicle in the country:

So much so that some used car dealers won’t even buy other all-electric vehicles.

“Except for a Tesla, we won’t take any other pure battery car,”

Of course, subsidies are an important factor affecting the resale value here and that’s partly why Tesla is leading the segment.

China has been offering important EV incentives, but those apply to new vehicles and therefore, they make used vehicles less attractive.

Since Tesla has been importing ts vehicles in China from the US, the automaker didn’t have access to most of those incentives.

That’s about to change as Tesla is preparing to start producing the Model 3 at its Gigafactory in Shanghai, but it is happening as the government is phasing out its direct EV incentives in favor of its zero-emission vehicle mandate.

This isn’t too surprising to me, especially due to the EV incentive factor, but I’d argue that Tesla’s leading battery capacity retention is also a factor.

Some of those Chinese manufacturers use cheaper battery cells and they don’t always have active thermal management systems.

I think people might also attribute different value for Tesla’s US-made vehicles and the upcoming Chinese-made vehicles – even though Model S and Model X are still going to be imported from the US.

The Chinese market for Tesla, both used and new, is certainly going to be interesting over the next year.