Tesla Model 3 has already become one of the best-selling cars in the UK — and not just electric cars — after just a few months of being on the market.

The UK is expected to be a big market for Model 3. Tesla’s sales of Model S and Model X vehicles grew steadily in the country, but they peaked in 2017, with 4,756 units based on registration data.

Last year, Tesla delivered only 3,372 electric vehicles in the UK, but it was enough to make it Tesla’s third-biggest market in Europe.

Tesla launched the Model 3 in the market in May and started deliveries in June.

The ramp-up has been slow over the first few months, but now the registration numbers are out for August, and Tesla delivered more than 2,000 Model 3 vehicles that month.

It was enough for the Model 3 to become the third best-selling car in the UK in August (via the Society of Motor Manufacturers and Traders (SMMT) thanks to Mark Vandersluis):

It’s unclear why SMMT is listing the Model 3 as “other,” but it might be because Tesla is not part of the industry association.

The Model 3 represents about three-quarters of the all-electric sales in the UK in August, and it helped increase battery-electric vehicle sales by over 375% over the same period last year. 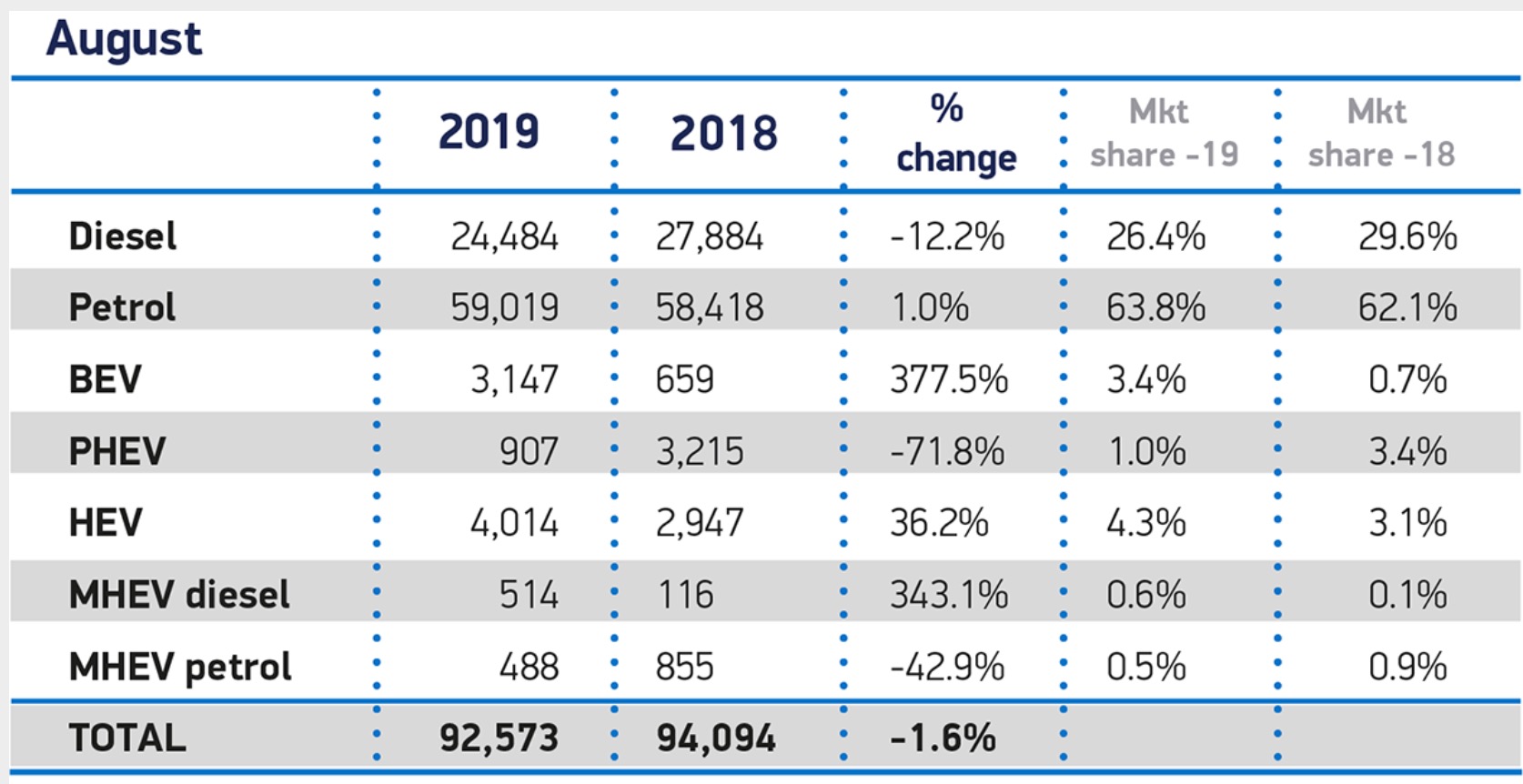 It’s the first market to get the right-hand drive version of the Model 3, but Tesla started deliveries in New Zealand and Australia this month.

That’s impressive, but that’s after three years of reservations for the Model 3 in the UK.

I am interested to see how the numbers hold up through the end of the year after Tesla works through its reservation backlog.

I think there’s still room to grow, but it’s going to be cyclical since Tesla makes different versions of the Model 3 in batches to deliver them in large volume.

By the end of the year, I could see Tesla deliver 8,000 Model 3 vehicles in the market.

For comparison, Norway has already taken delivery of over 11,000 Model 3 vehicles, but they have a five-month lead. And it’s also Norway…