Despite a tough first quarter this year, Tesla is dominating other premium automakers in California and helping to push the electric vehicle market share past 5% of the market for the first time.

Tesla’s global deliveries went significantly down last quarter after a record quarter at the end of 2018, but the automaker’s home market of California remains strong.

According to registration data gathered by IHS for a California New Car Dealer Association report, Tesla delivered 20,491 vehicles in California during the first 3 months of 2019.

Model 3’s success is responsible for the important increase in deliveries in California year-over-year.

According to the same registration data, Tesla delivered 15,805 Model 3 vehicles in the first quarter 2019-more than the next 4 competitors combined: 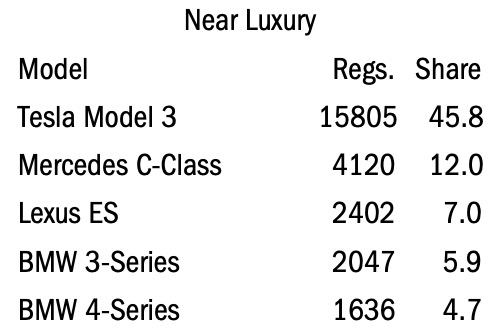 Model 3 is still the market leader by a wide margin. It not only leads its own segment, but it also figures amongst the best-selling vehicles period — even much cheaper cars.

Model S is still the market leader in its segment despite overall deliveries going down signficantly over the last quarter.

As for Model X, it is second only to the Lexus RX SUV.

In California, all-electric vehicles now account for over 5% of the overall passenger vehicle market for the first time: 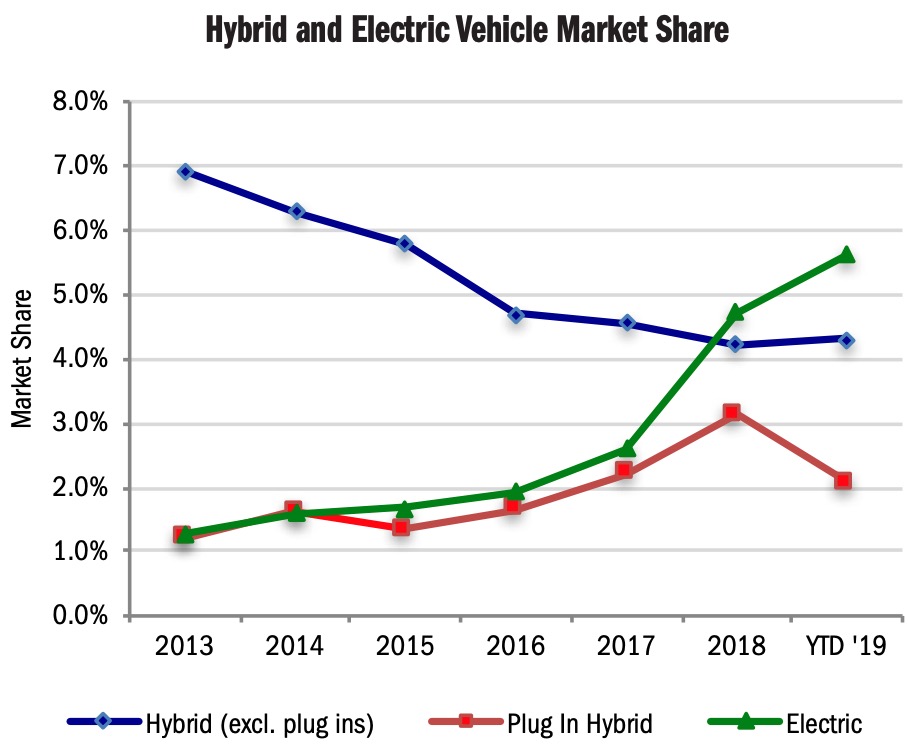 As you can see, hybrids, and especially plug-in hybrids, have taken a hit during the rise of all-electric vehicles.

However, the entire car market is also down in California. New light vehicle registrations are down 5.3% in the first quarter of 2019.

It’s progress like this that gives me hope that electric vehicle adoption is going to accelerate a lot faster than most people think.

That will happen sooner than most people think.

As for Tesla, it’s hard to overstate the importance of California for the automaker. The state was responsible for about a third of its global demand during the first quarter of 2019.

It will be interesting to follow the progression in the market over the next few years, especially after Tesla introduces the Model Y next year.