Tesla’s Navigate on Autopilot feature, which enables autonomous lane change on the highway, has suggested a lane change into oncoming traffic for a Model 3 driver.

Navigate on Autopilot was supposed to be in the first release of Tesla’s v9 software update, but they decided to pull it for further validation.

The feature was supposed to enable on-ramp to off-ramp driving on the highway with the system doing all its own lane changes based on speed and the destination entered in the navigation system.

As we reported last year, Tesla started releasing the feature in its 2018.42 software update, but it doesn’t automatically perform the lane changes. Navigate on Autopilot suggests the lane changes and the drivers need to initiate them with the blinker stall.

In March, Tesla started pushing a new update that enables Navigate on Autopilot to initiate lane changes on its own without asking the driver first.

The automaker has already logged in over 9 million lane changes — mostly without issue, but it’s still important for drivers to stay attentive and be ready to take control.

Tesla hacker green has brought to light a good example of why it’s important. He shared a picture of a Model 3 owner using Navigate on Autopilot and receiving a lane change suggestion into upcoming traffic:

I had no idea they allow NoA in Quebec on two lane undivided roads!

The note in French reads "Hey, I am so gloomy today, lets end out lives and try again from a savepoint by hitting that semi". (j/k)

(picture by friends from Canada)
Somebody needs to fix some maps pronto! pic.twitter.com/rgQaeyWs6W

As shown on the image, the Model 3 is driving on a two-lane two-way undivided road and yet, Tesla’s Navigate on Autopilot is suggesting to move to the left lane even though there’s no vehicle to pass and there’s oncoming traffic in the left lane: 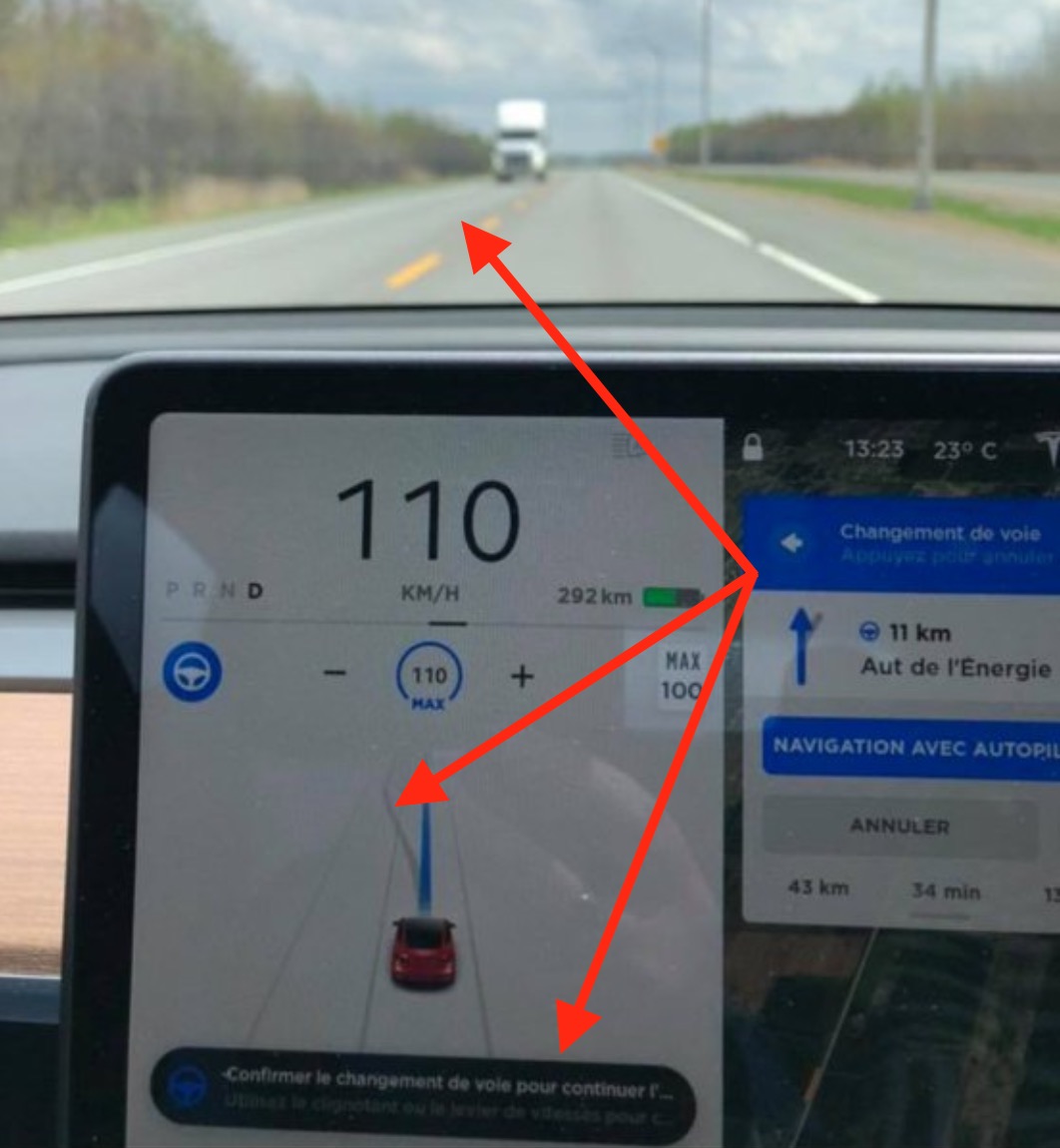 We contacted Tesla about the issue and we will update if we get an answer about the situation.

I myself have a lot of experience with driving using Navigate on Autopilot in Quebec. I did notice that it would work on roads other than highways, including undivided roads, but I don’t remember it ever suggesting a lane change on those roads.

The reason behind the suggestion is unclear. It’s possible that the route required a left turn next and Autopilot believed that the car needed to be in the left lane to take a left turn.

In this case, it would be a problem with Autopilot’s maps, but it’s not 100% clear.

It’s certainly worrying and serves as a great reminder to always stay vigilant and be ready to take control when using Autopilot or Navigate on Autopilot.