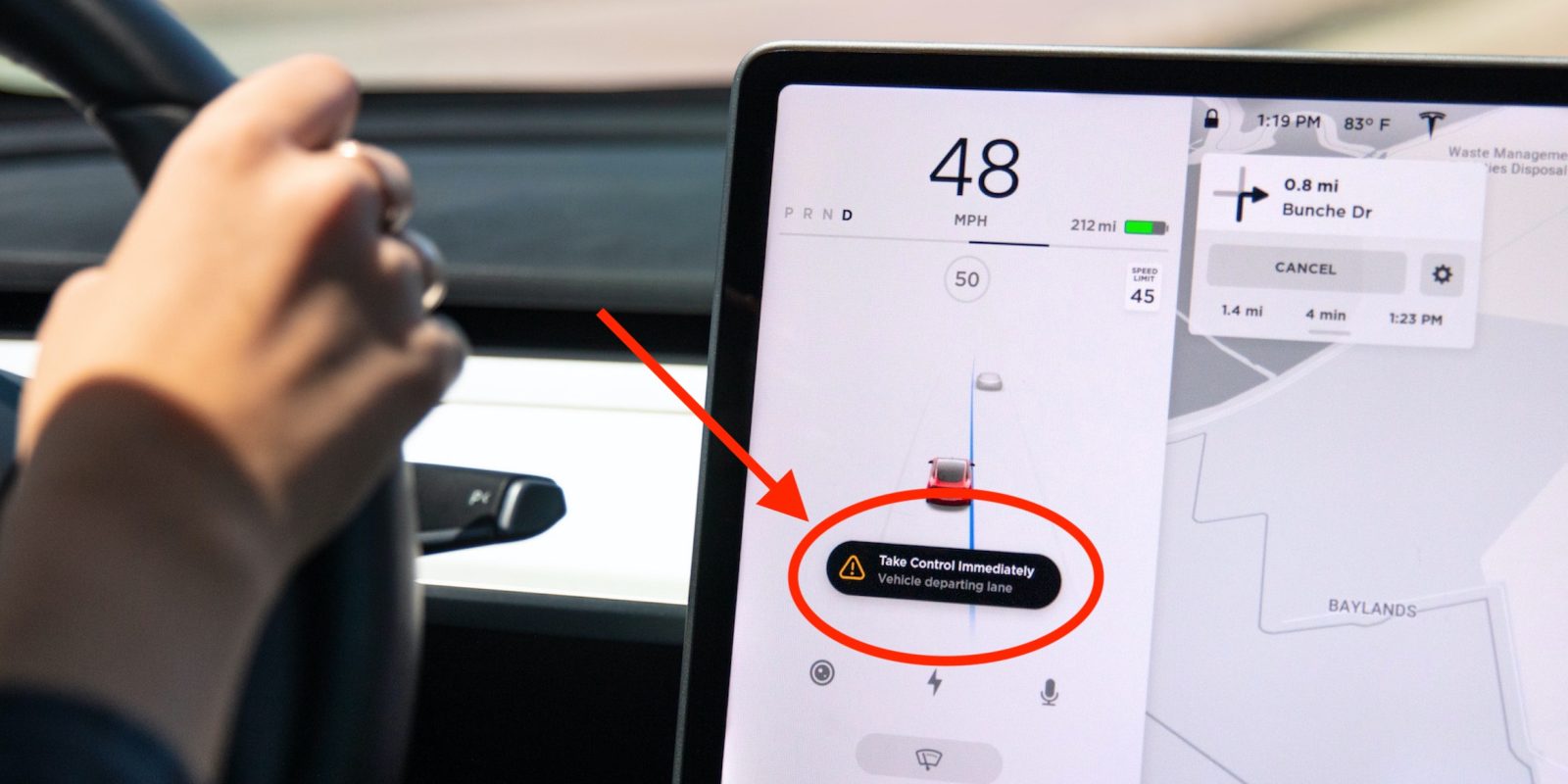 While Tesla sells its Autopilot convenience features and Full Self-Driving package at a price, the company is leveraging the same technology it is developing for driver assist features and self-driving to produce active safety features that it releases for free in all vehicles.

Those features include things like Automatic Emergency Braking (AEB), Side Collision Avoidance, or Lane Departure Warning.

The optional safety features are designed to help keep a vehicle in its lane even if the driver is not using Autopilot’s Autosteer feature.

Tesla started pushing the new features to Model 3 vehicles and it says that it is “gradually expanding to all cars that were built after October 2016,” which means all vehicles equipped with Autopilot 2.0 and up hardware.

The automaker describes the new features in a blog post:

Lane Departure Avoidance lets a driver elect to have corrective steering applied in order to keep them in their intended lane. When the feature is in use and a driver is departing a lane without their turn signal on, the car will also check to see whether a driver’s hands are on the wheel. If a driver’s hands are not detected on the wheel, the driver will receive a series of hands-on reminders and alerts, similar to the ones that our cars provide to customers who use Autopilot. If a drivers’ hands are repeatedly not detected on the wheel when Traffic Aware Cruise Control is in use, their car will gradually slow down to 15 miles below the speed limit or below the car’s set speed, and turn its hazard lights on.

This feature can be turned on or off, and works at speeds between 25 and 90 mph. It is an extension of Lane Departure Warning, which already warns drivers through a steering wheel vibration if they begin to drift out of their lane without their turn signal engaged.

Emergency Lane Departure Avoidance is designed to steer a Tesla vehicle back into the driving lane if our system detects that it is departing its lane and there could be a collision, or if the car is close to the edge of the road. This feature will automatically be enabled at the beginning of every drive, but can be turned off for a single drive by going to the Autopilot Controls menu.

At Tesla, improving safety is our primary goal, even after a customer purchases their car. That’s why we’re introducing these features beginning today via a free over-the-air software update, starting with Model 3 owners and gradually expanding to all cars that were built after October 2016. This is just another way that we are helping to protect Tesla drivers and passengers, and others on the road, every day.