There’s a growing community of Tesla hackers doing fun things with Model S and Model X, but only a few people have managed to crack Model 3.

White hat hackers have played around with Tesla vehicles to find vulnerabilities and help Tesla improve security, but owners have also managed to root their vehicles in order to modify the software.

They have done things like activate new map modules and install Spotify in the US.

But the Model 3 is apparently more difficult to root and as far as we know, only a few people were able to do it.

Model 3 owner and Reddit user ‘trsohmers’ managed to crack his car and he posted a video on Reddit of him running Ubuntu and even playing YouTube videos: 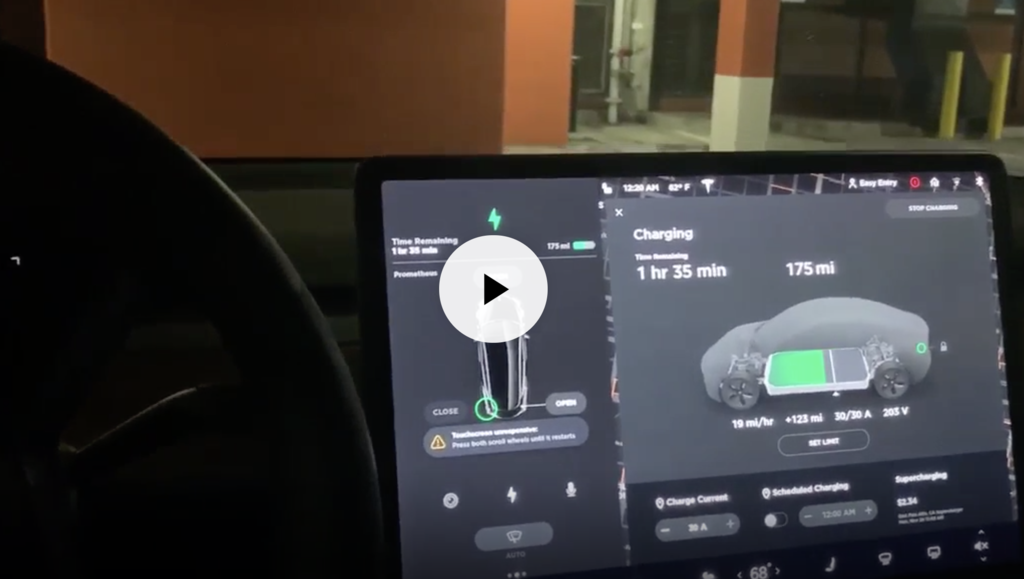 He said that he built on the work of Ingineerix who has hacked the Model 3 to get access to the ‘Factory Mode’ before:

“Huge amount of the work is credit of Ingineerix, who spent many months finding the initial exploit that gave temporary root access (reset on reboot), while I was able to work with him to find a way to get persistence and read/write ability on the roots. From when I started, it took about a month total time, probably on the order of ~100 hours of direct work.”

While he hacked the Model 3’s MCU, he said that he didn’t get access to the Autopilot computer.

He did list the specs of the infotainment computer:

“The Model 3 (and recent Mode S’s and X’s) has an Intel Atom E3950 processor (Quad core 1.6GHz), 4GB of (DDR4 I think) RAM, and a 64GB eMMC for storage. The motherboard also has a Freescale/NXP QorIQ chip that acts as the gateway, and the Autopilot hardware (NVIDIA Tegra Parker + discrete Pascal GPU) is on a separate board attached by a fairly chunky cable bundle.”

He said that he will keep producing videos about what he finds out with his rooted Model 3.

How the big US climate bill could ramp up solar & wind