Once actually somewhat common, battery-powered trains, especially full-size ones, are less common these days as third-rail-powered and diesel trains have gained in popularity.

Bombardier is unveiling a new battery-powered train in Berlin this week – “the first of its kind to enter passenger operation in Europe in over 60 years.”

The Montreal-based multinational aerospace and transportation presented the new train for the first time on its Hennigsdorf site. The event was attended by guests including Enak Ferlemann, State Secretary at the Federal Ministry of Transport and Digital Infrastructure and Federal Commissioner for Rail Transport as well as the Brandenburg Transport Minister Kathrin Schneider.

“We want to continue to electrify rail transport. A train that can charge its batteries from the overhead line while driving is a huge step toward this and the epitome of innovation. On non-electrified or only partially electrified routes, the motto is: move away from diesel on the tracks and toward cleaner and more environmentally-friendly mobility.”

Bombardier says that the train “does not generate any exhaust and sets the standards for smart mobility with peak values of 90 percent in the areas of efficiency and recyclability.” 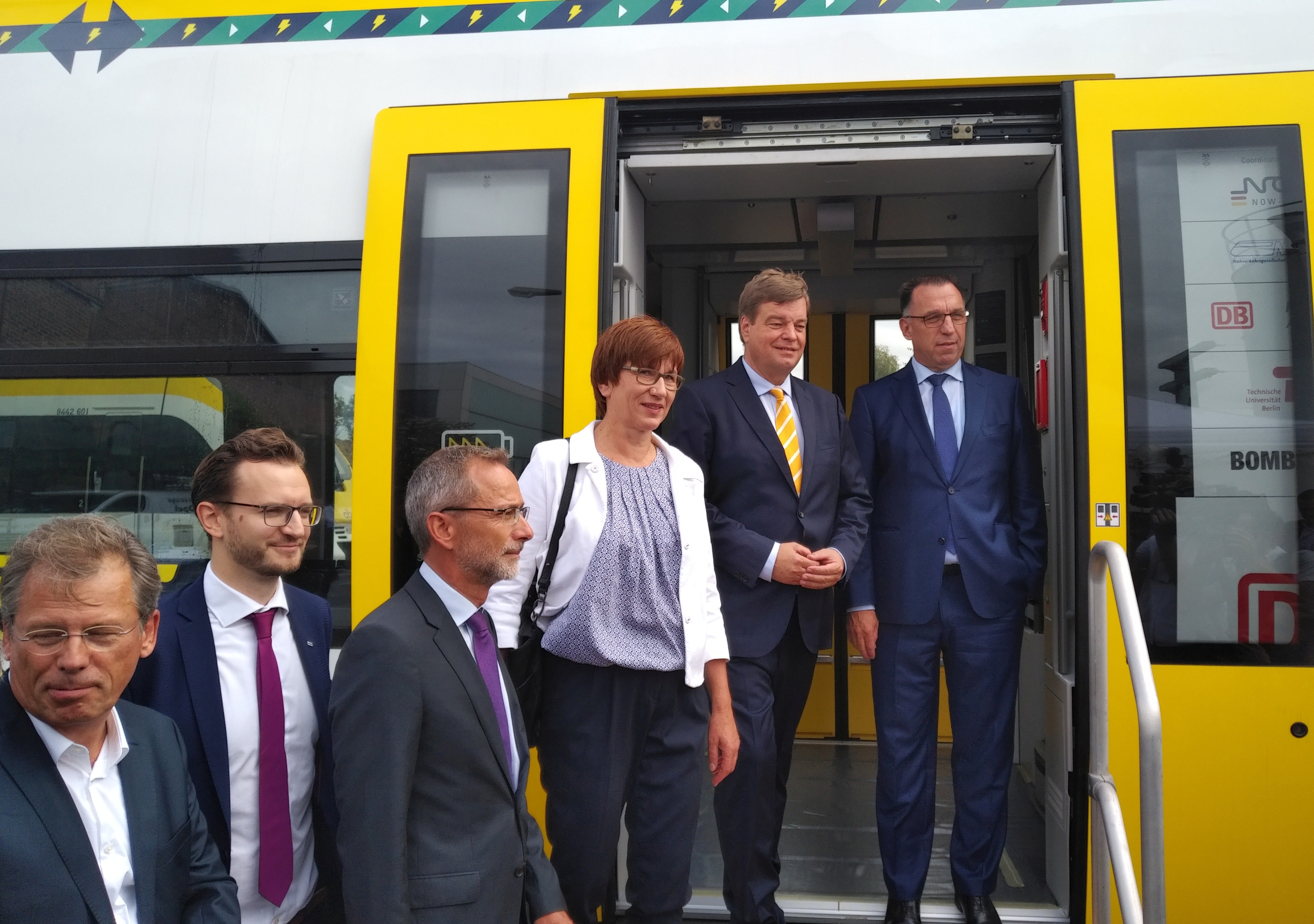 The company also claims that its new battery-powered train is “around 50 percent quieter than modern diesel trains.”

Michael Fohrer, Head of Bombardier Transportation in Germany, said about the new vehicle:

“With our new battery-operated train, we are putting real innovation on the tracks. This train is Bombardier’s technological response to challenges such as air pollution, climate change and scarcity of resources. Around 40 percent of the German rail network is not electrified. The Bombardier battery-operated train is an attractive option to counter that, both economically and ecologically speaking.”

The train is equipped with Bombardier’s MITRAC powertrain which can be configured with different electric motors and battery packs:

Under the current configuration, Bombardier says that the battery system is good for about 40 km (25 miles).

The company plans to introduce a next-generation battery system next year that will enable its new battery-powered train to travel up to 100 km (62 miles) routes of non-electrified railways.

Deutsche Bahn (DB) will start a twelve-month trial run with passengers with the current prototype in the Alb-Lake Constance region.

Bombardier disclosed that the project has been subsidized with four million euros from the German federal government, which has been trying to accelerate the electrification of transport over the last few years.