Tesla’s two biggest institutional investors and longtime backers of the electric automaker have significantly divested from their large positions in TSLA.

Investors are filing 13F forms disclosing their positions for the last quarter.

Fidelity Investments and T. Rowe Price Group have revealed that they sold a lot of Tesla shares during the last quarter.

“The T. Rowe Price Global Technology Fund cut its Tesla holdings to 505,283 shares at June 30 from 3.2 million at March 31, even as other funds at the asset management firm increased their stake in the automaker, according to data compiled by Morningstar. Fidelity has been gradually reducing its Tesla stake since June of last year, when the fund group reported holding a combined 21.3 million shares.”

For Fidelity, they are now holding only about half of the position they had last year and they sold 3.0 million shares in the last quarter alone.

According to NASDAQ’s tally, T. Rowe Price and Fidelity, who were Tesla’s two biggest institutional investors, have now fallen behind Baillie Gifford, who added just under 400,000 shares during the quarter: 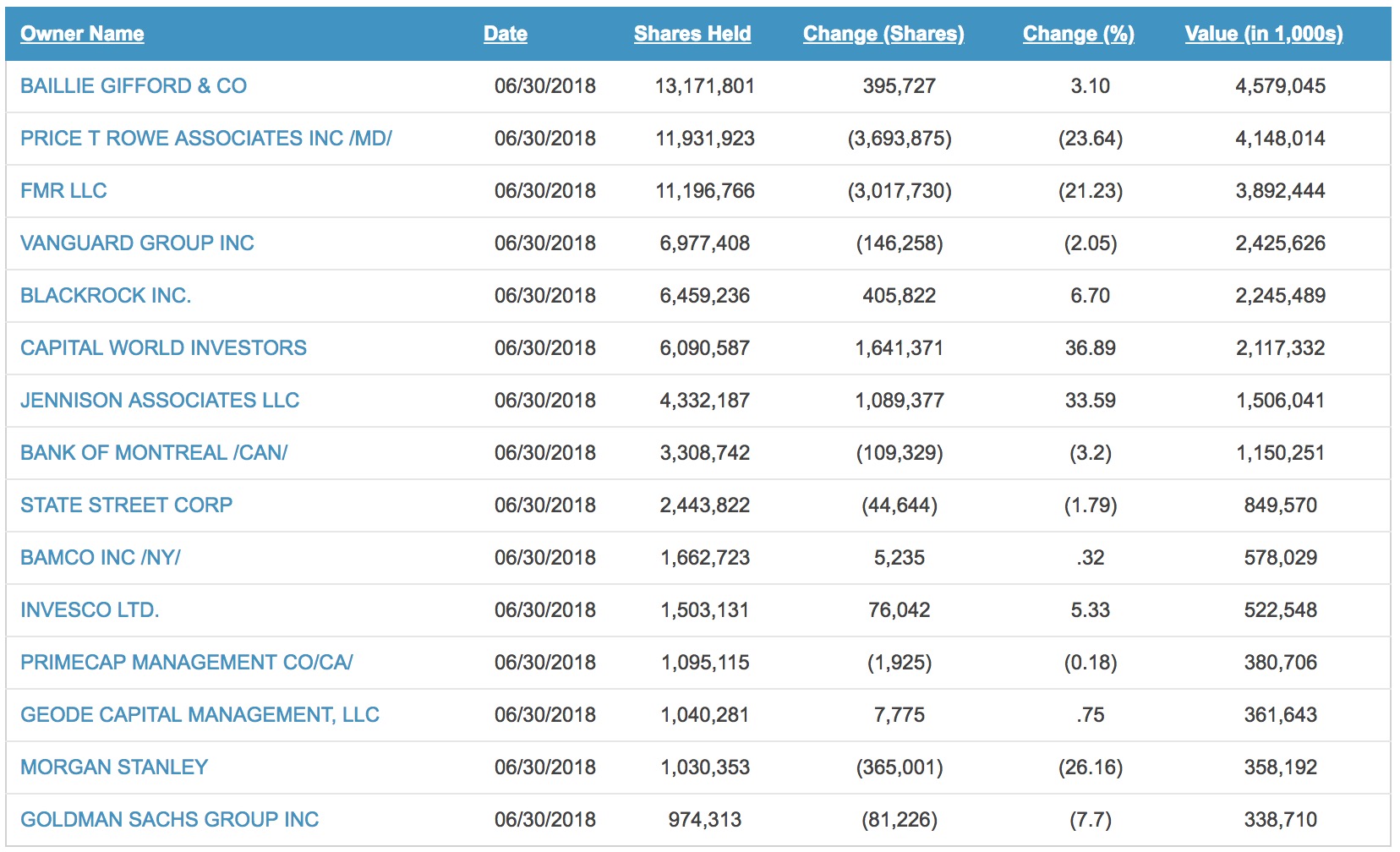 Those were clearly the two biggest moves of the quarter, but a few funds also added significantly over the quarter. Most notably, Jennison Associates and Capital World Investors, who both added over a million shares.

Tesla’s shareholder base is especially important these days because Elon Musk is going to need their support in order to be able to take the company private.

The CEO got support in the past from both Fidelity and T. Rowe Price for big moves like the acquisition of SolarCity.

They remain significant shareholders, but they have now over 6 million fewer shares to vote with.

Institutional ownership represents 57% of Tesla investor base and therefore, they make all the difference when it comes to a vote.

Musk himself, with about 20% of the shares, and retail investors who have historically backed the CEO, have some say, but it generally all comes down to the institutional investors.

It will be interesting to see how it plays out in the next few months.