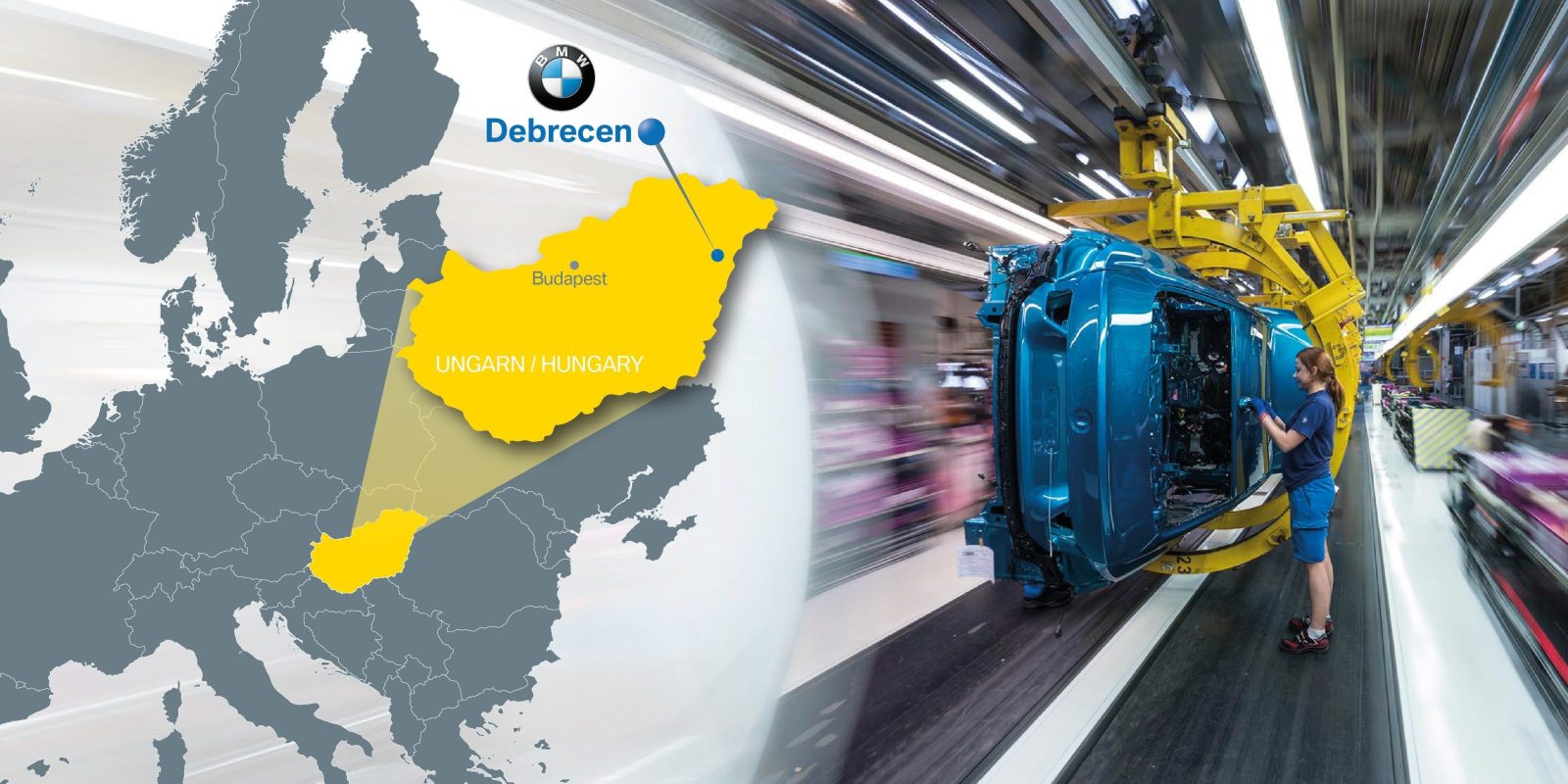 The new factory will be built near Debrecen, Hungary and it will have a “capacity of up to 150,000 units a year.”

When we visited BMW last month to take a closer look at their next-gen electric powertrain technology coming in the iX3, the German automaker said that it was adding electric vehicle production capacity to all of its factories.

The company plans to be able to produce gas-powered cars, plug-in hybrids, and all-electric vehicles on the same production lines.

It is currently adding that capacity at some of its existing factories, but now it will be able to build it in from the ground up for the first time in this new factory announced today.

“In the future, every BMW Group plant in Europe will be equipped to produce electrified as well as conventional vehicles. Our new plant in Hungary will also be able to manufacture both combustion and electrified BMW models – all on a single production line. It will bring greater capacity to our worldwide production network. When production commences, the plant will set new standards in flexibility, digitalisation and productivity.”

BMW said that the new factory represents an investment of “approximately €1 billion” and it will create “over 1,000 new jobs.”

As for the location, BMW said about Debrecen:

“Debrecen is the ideal place for the BMW Group to expand its production network. It was chosen primarily for its very good infrastructure, suitable logistics connections and proximity to the established supplier network. The qualified personnel in the local area were another key advantage. Besides the team at the plant itself, numerous jobs will be created with suppliers and service providers, both within the grounds of the new facility and across the local region.”

Samsung is also working on its battery factory in the country. They plan to manufacture enough batteries to support the production of 50,000 electric vehicles per year by European automakers.

Audi also recently started electric motor production for its e-tron quattro at its factory in Hungary.

The relatively small country of ~10 million people appears to be emerging as a center for electric vehicle production.