With the decline in car ownership for young people and the increased interest in all-electric vehicles, VW is announcing a new all-electric car-sharing platform called ‘WE’ that will launch next year.

The news was announced by the Volkswagen Brand Board Member for Sales, Jürgen Stackmann, at an event held in Berlin today.

“We are convinced that the car sharing market still has potential. That is why we are entering this market with a holistic single-source concept covering all mobility needs from the short journey that takes just a few minutes to the long vacation trip. Our vehicle-on-demand fleets will consist entirely of electric cars, and will therefore provide zero-emission, sustainable mobility. That is an intelligent way to relieve the strain on urban areas”,

Volkswagen says that the first electric vehicle-on-demand services for the ‘WE’ platform will launch in Germany in 2019 and it will be extended “to major cities in Europe, North America and Asia as early as 2020.”

VW’s electric vehicles are already being used in third-party car-sharing services. For example, Zipcar is builging a fleet of over 300 all-electric VW e-Golfs to be available for a car-sharing in London.

Now for its own car-sharing service, the German automaker didn’t specify which electric vehicles will be offered on the platform, but it did release the image above of the I.D. Concept electric vehicle with the ‘WE’ logo on it.

When unveiling the vehicle, VW originally announced a NEDC-rated range of “400 to 600 km” (~250 to 375 miles) depending on the battery pack configuration – though we expect it to drop significantly under the WLTP standard.

Interestingly, VW says that the ‘WE’ platform will also support “micro-mobility solutions” that could be offered with vehicles like the I.D. Cityskater and the I.D. Streetmate electric scooters that the company unveiled earlier this year: 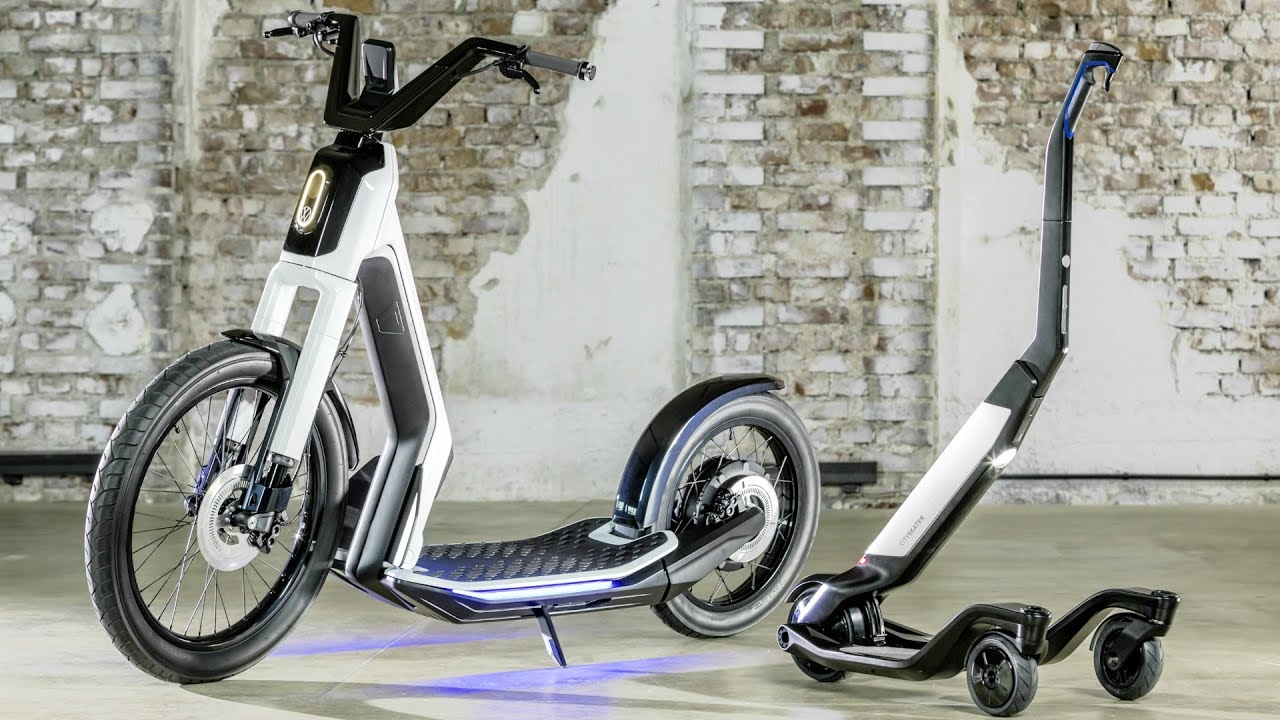 We have previously reported on the electric scooter boom, which has mainly been accentuated by startups deploying shared-fleets in US cities.

It sounds like VW wants to get on that craze, but the focus of the platform will remain an all-electric car-sharing fleet.

Smart move on VW’s part since it looks like car-sharing is not a temporary trend that is going away anytime soon – or at least until someone nails down fully self-driving and even then, car-sharing will likely simply adapt to the technology.

Several other automakers are getting onboard with their own car-sharing brands, like BMW with Drive Now and GM with Maven.

It’s also interesting to see electric vehicles increasingly be intertwined with car-sharing as the BMW I3 and the Chevy Bolt EV are becoming popular vehicles on those respective services.

I think it’s an interesting way to introduce people to electric vehicles and we are likely going to see a lot more of it going forward.

Tesla is also supposed to launch its own ‘Tesla Network’ service, but it sounds like the automaker is waiting for fully autonomous driving before making car-sharing available for its electric vehicles.