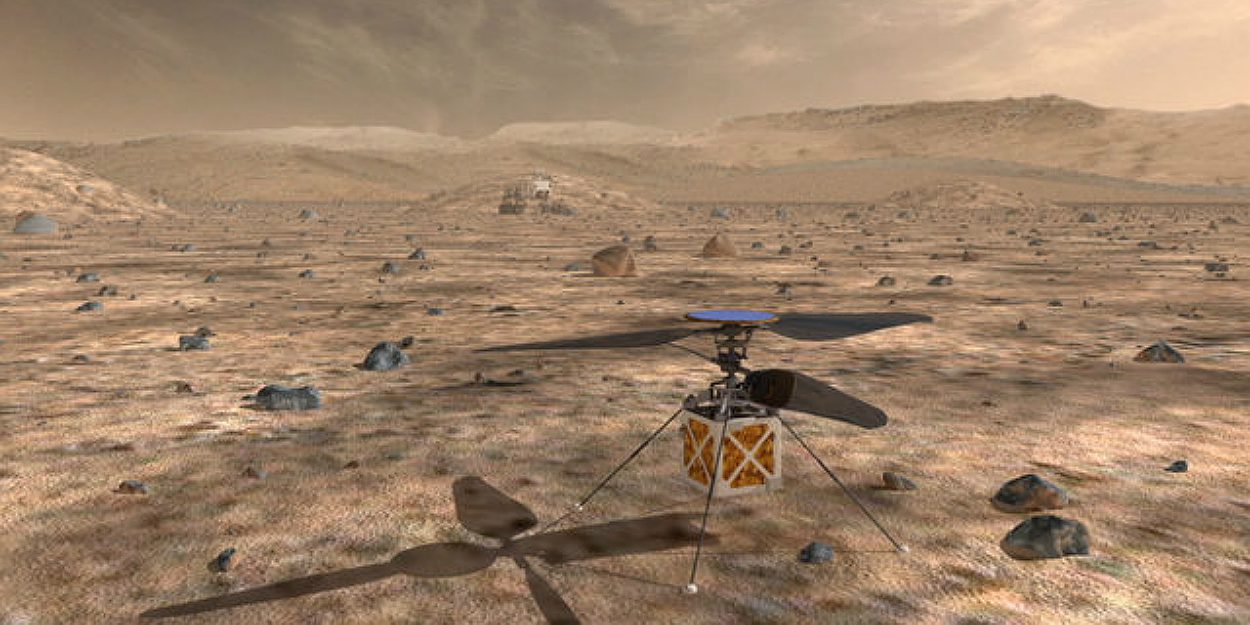 NASA has often pushed the boundaries of technology through its many programs and some of that technology eventually trickled down to the commercial market.

Now they are working on a small electric helicopter that they plan to fly on Mars during the 2020 mission.

The space agency already put a few electric vehicles on Mars, also known as Mars rovers, and it is working on a new one that is planned for a mission in just over 2 years from now.

But the agency announced last week that they will be adding another electric vehicle to that mission: a small helicopter.

“NASA has a proud history of firsts. The idea of a helicopter flying the skies of another planet is thrilling. The Mars Helicopter holds much promise for our future science, discovery, and exploration missions to Mars.”

The helicopter, which will be attached to the belly pan of the Mars 2020 rover, has built-in solar cells to charge its lithium-ion batteries, and a heating mechanism to keep it warm through the cold Martian nights.

After four years of development, NASA managed to reduce the weight to just under four pounds (1.8 kilograms), which will be key to operate the machine in Mars’s thin atmosphere.

“The altitude record for a helicopter flying here on Earth is about 40,000 feet. The atmosphere of Mars is only one percent that of Earth, so when our helicopter is on the Martian surface, it’s already at the Earth equivalent of 100,000 feet up. To make it fly at that low atmospheric density, we had to scrutinize everything, make it as light as possible while being as strong and as powerful as it can possibly be.”

The helicopter’s twin, counter-rotating blades will rotate at almost 3,000 rpm – about 10 times the rate of a helicopter on Earth.

If the Mars rover 2020 is deployed safely on the red planet, it will find a suitable location to release the Mars helicopter on the ground and then, they will start a 30-day flight test campaign.

It will include “up to five flights of incrementally farther flight distances, up to a few hundred meters, and longer durations as long as 90 seconds, over a period. On its first flight, the helicopter will make a short vertical climb to 10 feet (3 meters), where it will hover for about 30 seconds.”

NASA considers the mission “a high-risk, high-reward project” and if it fails, it doesn’t impact the rest of the rover’s mission.

But if it is successful, it will be the first step in using helicopters as aerial scouts for rovers.

“The ability to see clearly what lies beyond the next hill is crucial for future explorers. We already have great views of Mars from the surface as well as from orbit. With the added dimension of a bird’s-eye view from a ‘marscopter,’ we can only imagine what future missions will achieve.”