Despite the rapid expansion of electric vehicle charging networks, electric car ownership can still be difficult for apartment dwellers and people who don’t have access to home charging.

Several companies and municipalities are now working on solutions and Canadian cities are jump-starting it with a new program that will see 100 new curbside charging stations deployed.

Through a $6.7 million project funded by Natural Resources Canada, AddEnergie, a Canadian manufacturer of EV charging stations, is going to deploy curbside charging infrastructure in Canadian cities through its ‘Flo’ charging network.

AddEnergie already developed a charging station made for curbside parking, which they deployed at hundreds of spots in Montreal in partnership with Hydro-Québec’s Electric Circuit and the City of Montréal.

Now, they will be leveraging the development of the station for this new project.

Louis Tremblay, President and CEO of FLO and AddEnergie, commented:

Expanded urban charging station installation is a key step to support the fast-growing adoption of electric vehicles in Canada. Our experience enables us to address the operational and logistical complexities of such projects. We look forward to playing a leading role coordinating with municipal stakeholders to execute the installations.

Here are the participating cities with this latest project with the Natural Resources Canada:

This project will create jobs, develop an internationally marketable technology, and help reduce greenhouse gas emissions, by making it easier for more Canadians to drive electric vehicles. These innovative charging stations are emblematic of our Government’s commitment to clean technology.  We believe that growing our economy goes hand in hand with protecting our environment.

These charging stations have specially been designed for curbside installation on city streets and can charge two EVs at once.

Here’s an installation in Vancouver, where they have already completed the deployment: 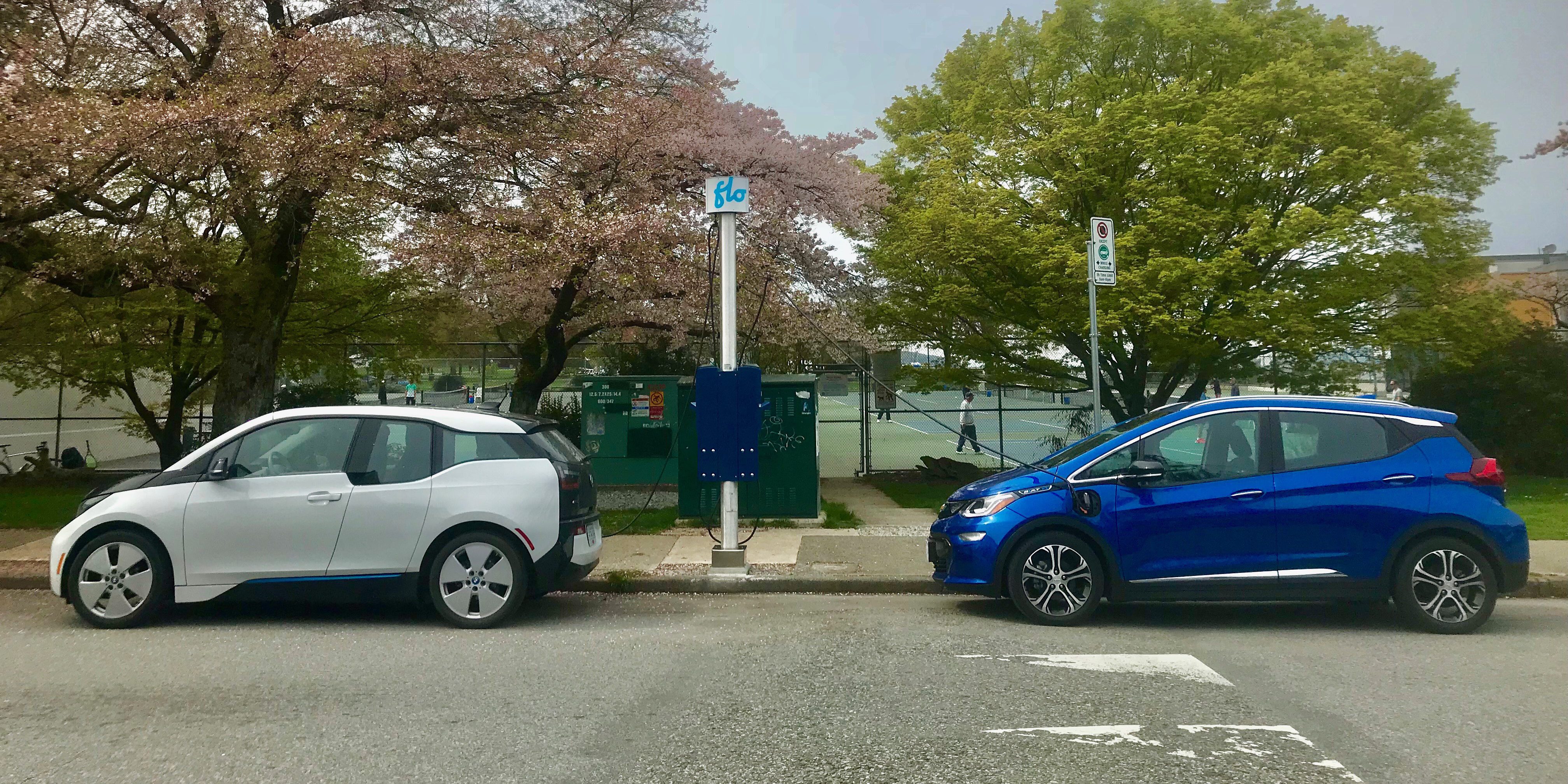 If you park your car on the street, it can be difficult to own an EV. There are ways around it, like if you can charge at work or make a weekly trip to a DC fast-charging station, but curbside charging is probably the best solution at this point.

We have seen several other good efforts. Like Tesla’s “urban Superchargers” or their deployment of level two chargers across parking garages in cities.

I think more of those efforts will be directly linked to the wider adoption of electric vehicles. Think about it, if you see curbside charging stations being installed around where you normally park your car or in your parking garage, you will certainly start considering an EV as your next car.

For the sake of full disclosure, my dad works for AddEnergie, but no one from the company – including him – asked me to write this article. I just got the press release like anyone else and I thought it was newsworthy.