Tesla owners have been quite curious about what their Autopilot cameras can see since the second generation hardware introduced several more sensors.

Now a leaked image of what appears to be an engineering car on ‘dev mode’ shows what Autopilot sees live on the center screen and settings for other options, including ‘Full Self-Driving’ capabilities.

With the second generation Autopilot, Tesla is betting on computer vision and basing the system on cameras.

There are also cameras on each side of the front fenders and B-pillars – and finally, there’s a rear-facing one.

Tesla also uses radar and GPS data, but the cameras are becoming increasingly more important as Tesla uses more of them with each software update.

Last year, ‘verygreen’ a member of the Tesla community known for hacking into Tesla’s vehicle software, accessed the Autopilot debug mode showing some of those same settings, but the access was limited on his car.

Tesla quickly fixed the access, but now a picture of the same screen on what appears to be a Tesla engineering car was leaked on Twitter before being quickly removed: 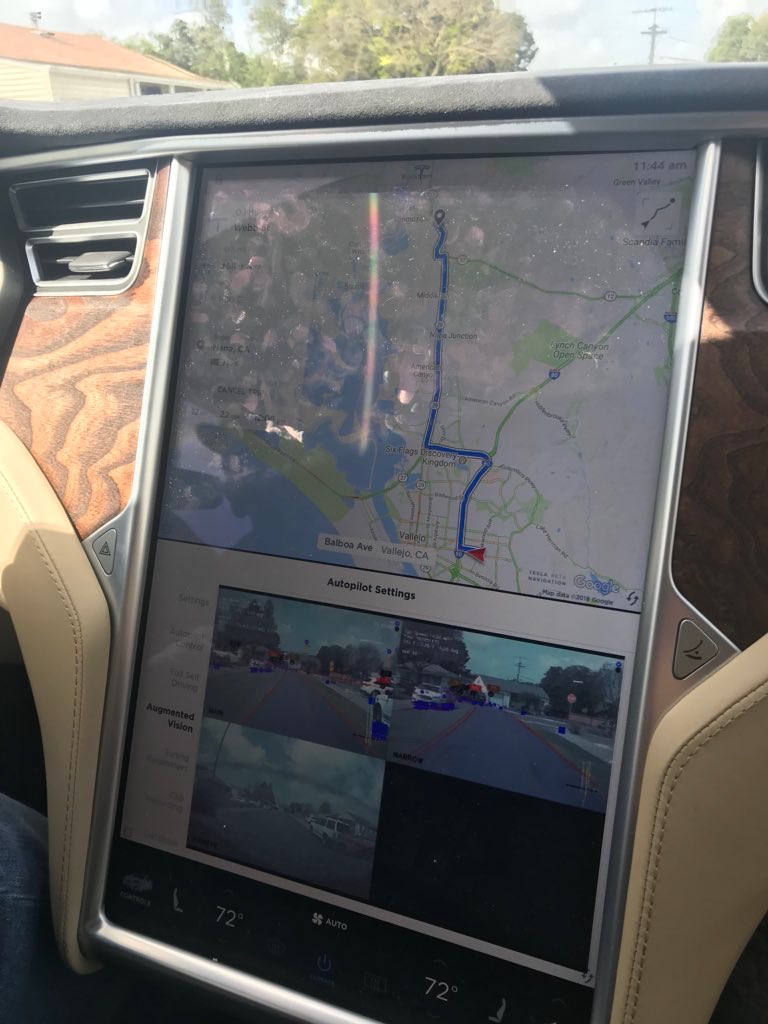 Under the ‘Augmented Vision’ tab, we can see what the Autopilot identifies as a lane and some objects layered on top of the actual feeds from the cameras.

It’s similar, yet different from what we saw with the official video that Tesla produced when announcing Autopilot 2.0 in 2016:

Presumably, it enables a different, more advanced version of the software that, like in the demonstration video, can handle intersections and other more complicated situations that are not yet enabled in the currently publicly available version of Autopilot.

As we previously reported, the latest Autopilot update has brought some major improvements after Tesla rewrote its neural net.

But as the recent fatal accident showed, it’s still essential for the driver to keep paying attention and always be ready to take control.

Nonetheless, we expect that Autopilot will improve significantly in the coming months leading to the elusive self-driving capability.

It’s still unclear when Tesla plans to release the higher level of autonomous driving, Tesla CEO Elon Musk recently said that ‘self-driving will encompass all modes of driving by the end of next year’.