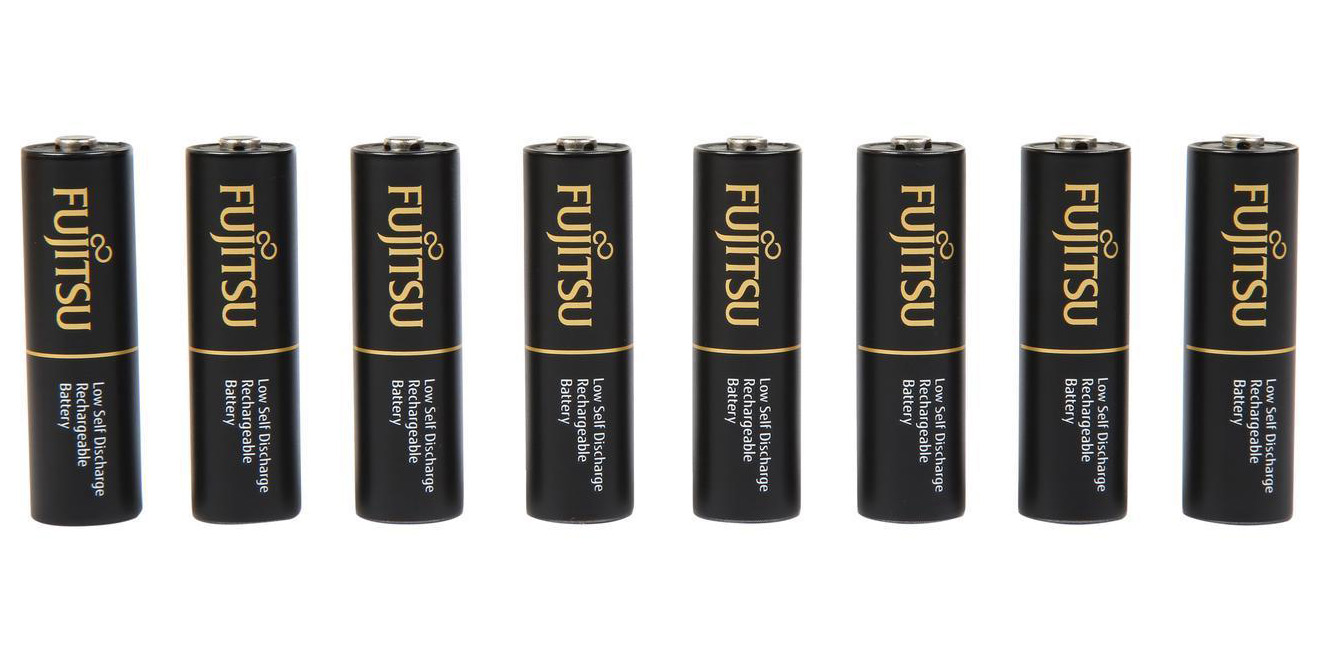 Newegg offers an eight-pack of Fujitsu AA rechargeable 2550mAh batteries for $14.99 shipped. Originally $30, this is the best offer that we can find. For comparison, Amazon’s in-house brand of rechargeable batteries sell for $19 as an 8-pack. Features include a 2550mAh capacity and up to one year of storage/retention. Fujitsu batteries are generally well-rated at Amazon.

Enjoy power-shooting when using to power your camera and other energy hungry devices. With a type. capacity of 2,550mAh, the Black model is FUJITSU’s longest lasting battery. The battery of choice for high drain devices, the Black model lasts 25% longer compared to FUJITSU’s White model. Conventional rechargeable batteries lose their energy daily, but not FUJITSU high charge retention batteries. They’re ready to use, even after 1 year storage. With almost twice the amount of flashes per charge vs. FUJITSU Standard model, the Black model frees up time and increases productivity.

Review: Mophie’s powerstation AC is the best power bank out there, if you have $200