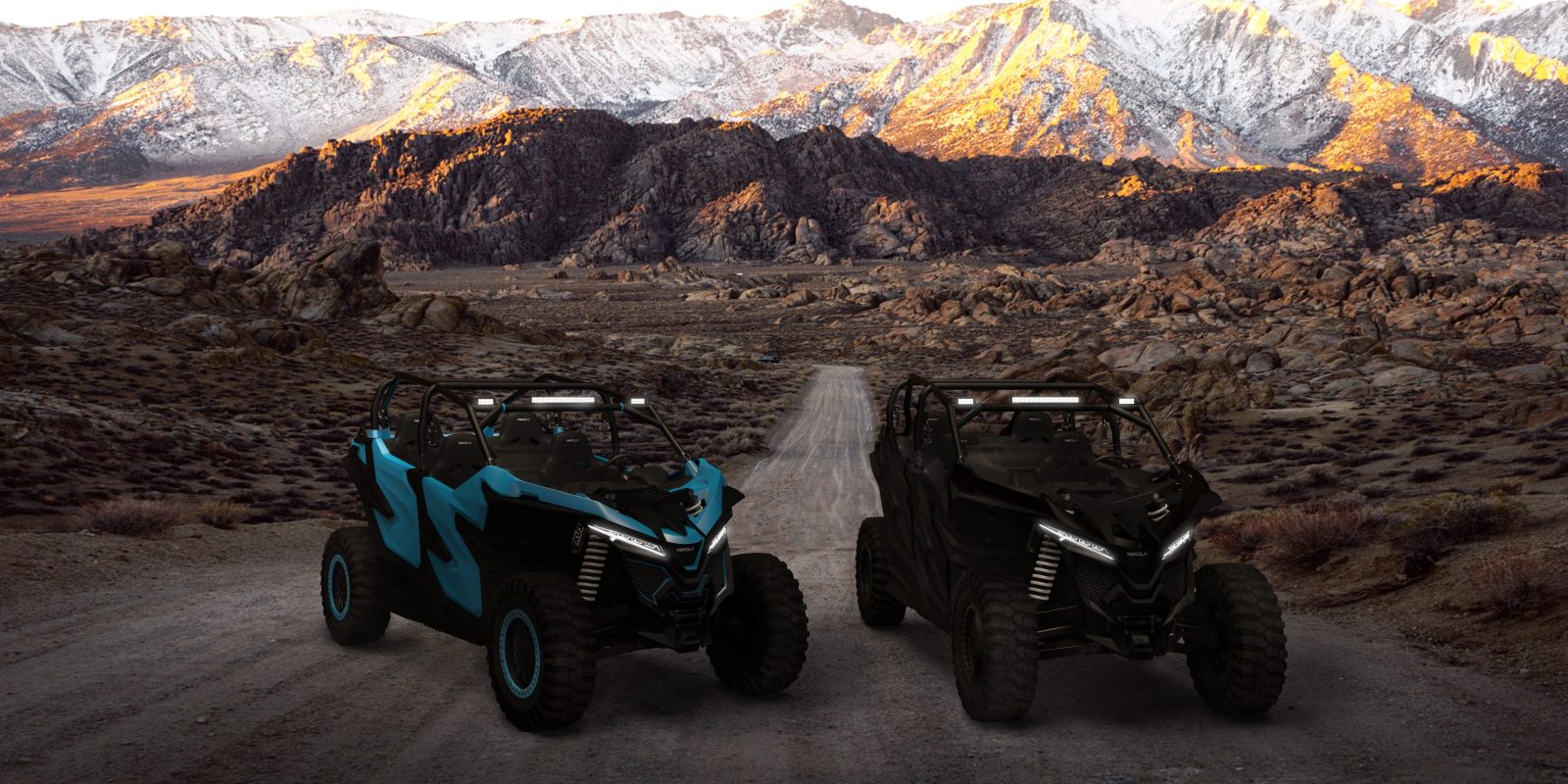 Nikola Motor, a Utah-based EV startup, best known for their hydrogen fuel cell electric truck, launched their all-electric UTV with up to 150 miles of range this week.

Last month, I had the opportunity to be among the first people to experience their prototype for the new off-road electric vehicle and I came out of the experience fairly impressed.

You can read my report here: ‘We tested an insane electric UTV with more energy capacity than even the most powerful Tesla’

But this week, Nikola Motor, or more specifically its sports division ‘Nikola Powersports’, officially launched the Nikola Zero UTV, which has been renamed ‘NZT’.

The prototype that we tested didn’t have any body panels, but the company has now released a bunch of new images showing off the final design:

We could only share a few pictures of our experience with the vehicle in the desert in Utah and couldn’t do justice to the ability of the vehicle to conquer the impressive terrain in the Utah desert.

With the launch this week, Nikola released a cinematic video filmed at the same location that should give you a little better idea of the capabilities of the electric UTV:

The company has also worked out the lineup of NZT variants that will be offered:

The different versions are based on the number of motors and the capacity of the battery: 75kWh, 100kWh and 125kWh.

We tested the top-of-the-line version with 4 motors and the highest capacity battery pack, which was actually 107 kWh for the prototype.

Last month, Trevor Milton, founder and CEO of Nikola Motor Company, told us that the fully equipped NZT will cost closer to $55,000.

He commented on the launch yesterday:

“With 0-60 mph in the three-second range, the Nikola NZT is the most powerful production UTV ever built.  It outperforms many high-end sports cars and comes with features like electric power steering, 33” tires, 20” of wheel travel, anti-lock brakes, stability control, anti-rollover, traction control and torque vectoring.  Once you drive one, you will sell every gas-powered UTV you have and join team Nikola.”

They expect to start production “in the fourth quarter of 2018 with deliveries to dealerships for Spring 2019 sales.”