UPS is converting ‘up to 1,500 delivery trucks’ to battery-electric in New York

UPS is one of the biggest fleet operators with 108,000 delivery vehicles around the world and it has several efforts to electrify this massive fleet.

Their latest effort is the conversion of ‘up to 1,500 delivery trucks’ in New York to battery-electric propulsion.

That’s an interesting approach and it diverges from the more traditional fleet update with new vehicles, which UPS is also doing with Daimler’s new electric trucks.

The project was born out of a partnership with the New York State Energy Research and Development Authority (NYSERDA), which provided $500,000 in funding to develop and test the conversion system.

They developed the conversion kit with Unique Electric Solutions. They described the kit (pictured above):

“The conversions will be based on unique electric vehicle technology developed by Unique Electric Solutions. The core system features a 225kW Switched Reluctance Motor (SRM) with a high voltage back bone optimized for the duty cycle of UPS delivery trucks. SRMs are simpler, cheaper and better suited for electric vehicles over conventional induction motors and do not rely on the use of magnets made from imported rare earth metals like permanent magnet motors do. Overall, the UES SRM propulsion system provides more miles per battery charge, reducing charging times and increasing energy efficiency up to 20%.”

The first of those new converted electric trucks should hit the streets of New York City by Spring 2018. 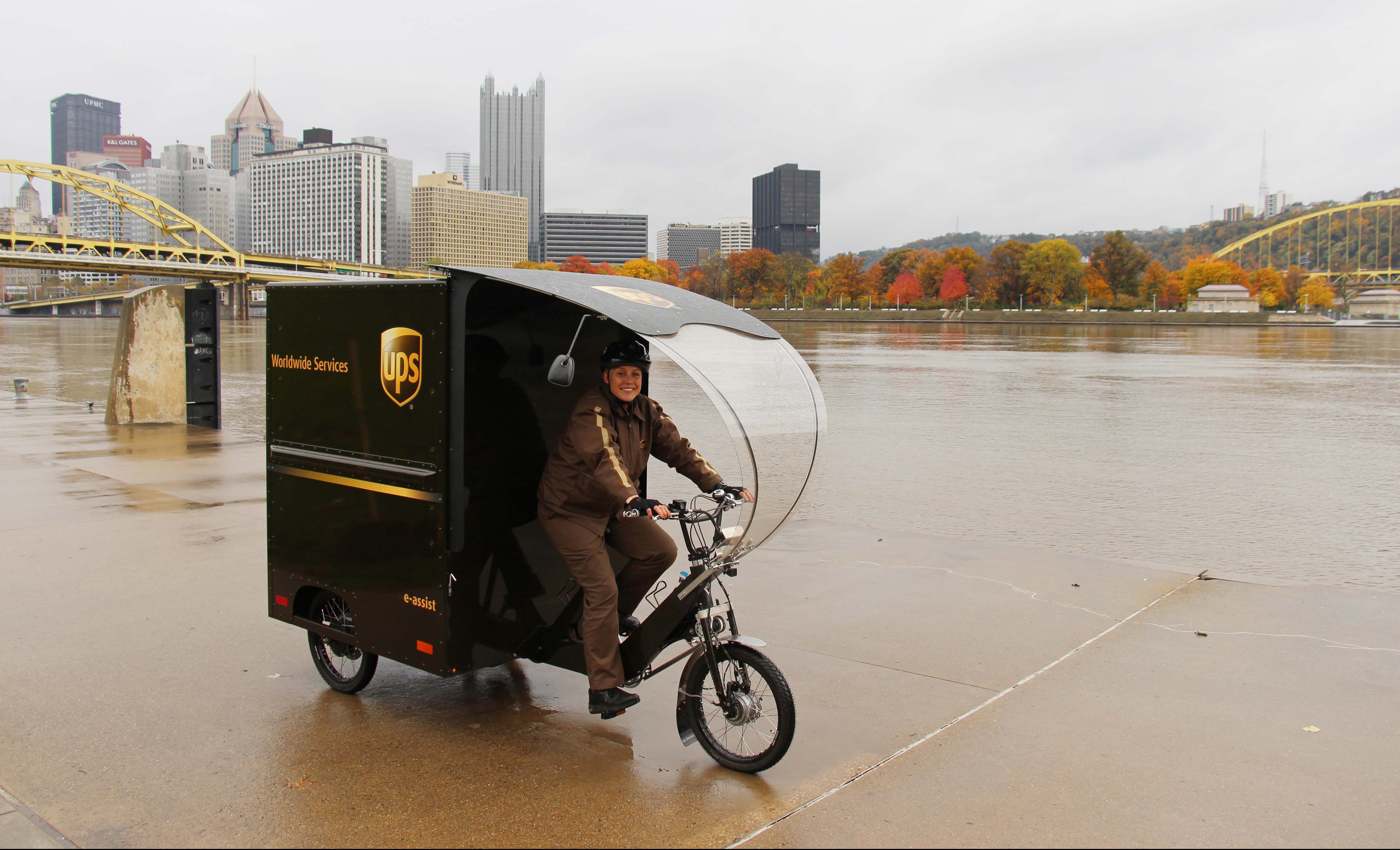 Along with the delivery truck conversion announcement, UPS also announced another electric vehicle effort this week – this time on three wheels.

UPS already has cycle solutions around the world, but mainly in European cities. Now with this new ebike pictured above, UPS is launching a battery-assisted cycle solution in the Pittsburgh.

They described the vehicle:

“The eBike is equipped with battery-powered electric motors that makes it possible to cover longer distances than traditional bikes, carry substantial loads and navigate hills and other terrain. Maximum energy efficiency is achieved when combining battery power and human power simultaneously. The eBike can be operated solely on battery power or pedal power.UPS will evaluate the reliability, design, integration to the city’s infrastructure and acceptance of the vehicle.”

The bikes will be used year-round in Pittsburgh.