As we reported last week, Tesla introduced a new kind of warranty for certified pre-owned cars (CPO), a term the company abandoned for simply ‘used cars’, and with it, it made available new batches of relatively high-mileage vehicles for new record low prices. When it comes to the Model S at least.

Those vehicles have been selling so fast that they are often on the website literally only for a few hours. And now, they even brought the new used car program to other countries.

There are a few things helping the program – like the number of cars coming off their leases increasing and Tesla updating its fleet of loaner vehicles to deploy fully-loaded P100Ds in all service centers.

I had been keeping a close eye on the list since the first vehicles have been added last week when the program was only in the US.

Those that were listed for less than $40,000 were almost all sold, or at least reserved since they are removed from the website once a nonrefundable $1,000 deposit is placed, were gone within hours. A few of you in the comments of our original article claimed some of those.

But Tesla has been adding more sporadically. Though currently, there is only one listed for less than $40,000 in the US:

I even started considering buying one of them to drive until I get my Model 3 in Canada, but I quickly learned that the Roadster is the only used Tesla vehicle that can be imported from the US to Canada:

“Tesla Motors has informed Transport Canada that Tesla service centers are currently not in a position to support the substantial modifications required to bring U.S. Model S and Model X vehicles into compliance with Canadian requirements.”

That’s unfortunate, but then Tesla brought the same program to Canada a few days later.

I still managed to find a pretty good deal on a Model S P85 Signature: 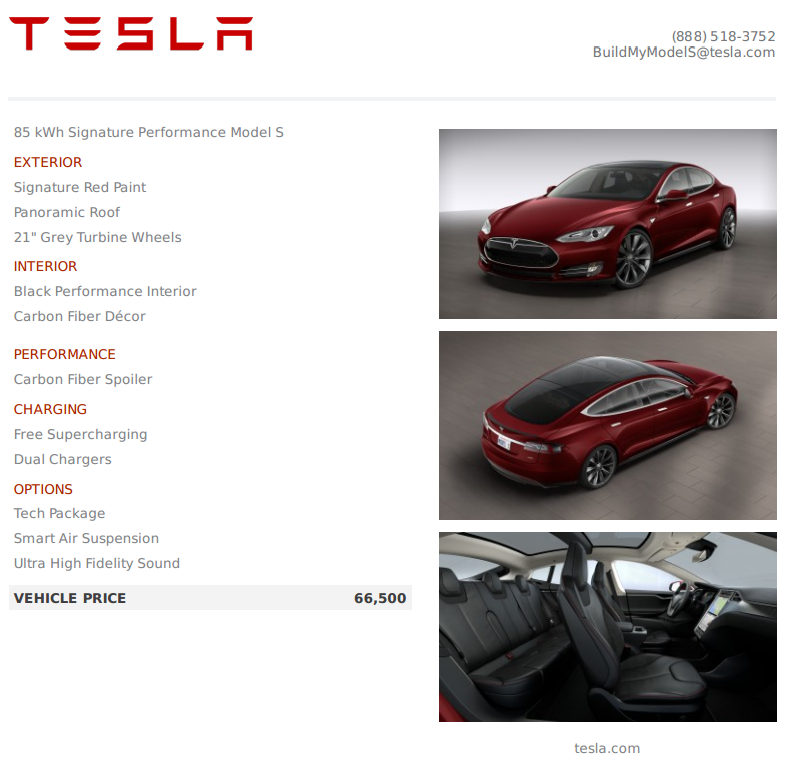 As I understand it, some of the vehicles are being listed before being “recertified” through a 200-point inspection and therefore, it can take weeks between placing the deposit and having the used car delivered depending on what they find during the inspection, which is my case. I’ll report back on the process when I get the vehicle.

I planned to drive the Model S P85 at least until I can get a Model 3 in Canada. At that point, we will see what are the options for a good all-electric vehicle in the country.

Like the new used car warranty in the US, these vehicles also receive “a full inspection, remaining battery and drive warranty” and they get “a two-year, 100,000 miles (160,000 km in Canada) maximum odometer pre-owned limited warranty with 24-hour roadside assistance” – instead of 4 years and 50,000 more miles, like the warranty for the lower mileage cars.

That same deal is now available in the US, Canada, UK, Norway, and other countries.