When you are the CEO of a company walking on stage in front of hundreds of your shareholders, as CEOs do during their annual shareholders meeting, it’s always a plus if your stock is doing well. It’s even better if it just hit a new all-time high.

That’s exactly what is happening with Tesla.

The automaker’s stock just hit a new all-time high of $347 just as the company is about to hold its annual shareholder meeting tomorrow.

It’s the 4th time in the last month that Tesla’s stock pushed to new highs – now bringing the valuation over $57 billion or more than any other US automaker.

The latest surge today came just as we learned that Toyota unloaded the last of its Tesla shares acquired in 2010.

Like Daimler, they both made a healthy profit, but they also missed the most recent run of the stock

After today, Tesla’s stock price is up 62% year-to-date according to Yahoo: 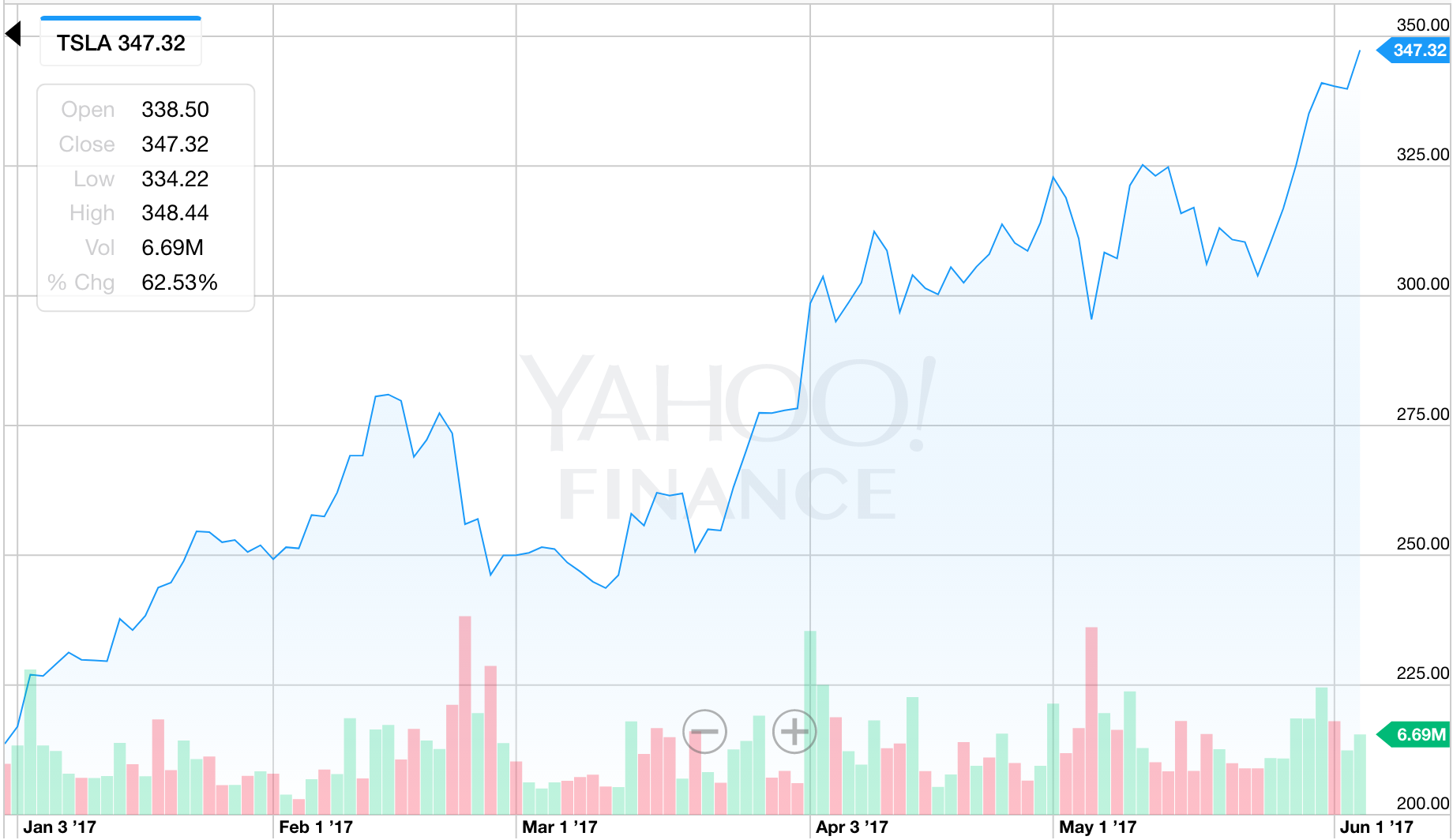 The timing is perfect for Tesla’s 2017 Stockholders Meeting, which will be held tomorrow on June 6, 2017, at 2:30 p.m., Pacific Time, at the Computer History Museum in Mountain View.

At the meeting, after they get the official items out-of-the-way, which this year includes voting to reelect Elon Musk as director, along with 2 other board members, Musk generally comes on stage for a quick presentation and then he answers questions from shareholders.

Furthermore, Tesla is taking questions ahead of time via Twitter this year:

While shareholders meetings are generally meant for shareholders to communicate with management about finance and business vision, Tesla’s meetings are different and the questions are often from a consumer standpoint, which is always interesting – even though in those cases, Musk often says that “it’s not the venue for a product announcement.”

The meeting also comes just weeks before the planned start of Model 3 production, which is sure to come up at some point in the meeting.

Join us tomorrow for our coverage of the event.