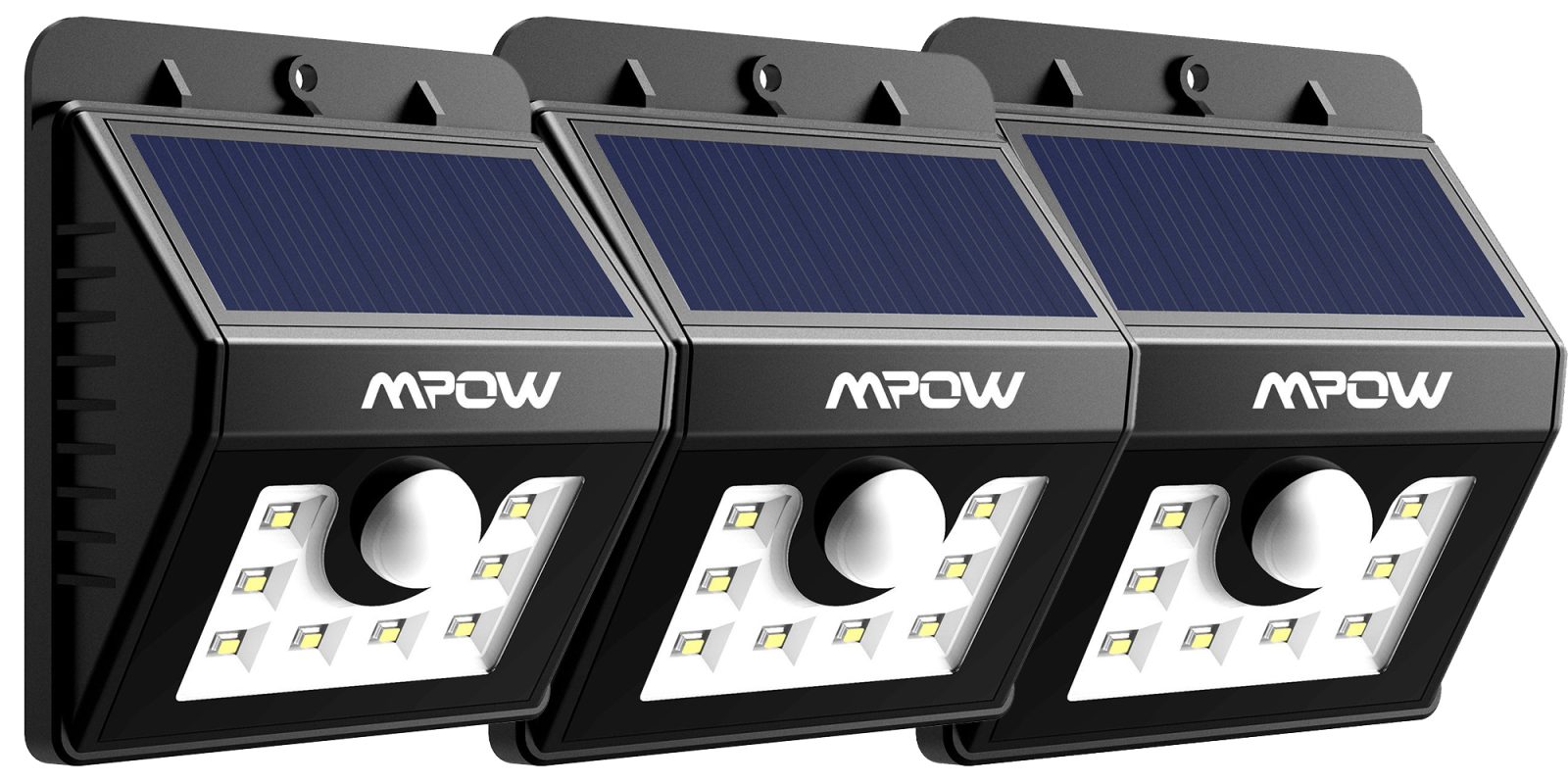 Patozon (99% positive feedback from 116,000+) via Amazon is offering 20% or more off on its Mpow LED Outdoor Solar LED Lights when an item-specific code is applied during checkout. Free shipping is available for Prime members or in orders of $25+.

Here are your choices:

These solar LED lights are an easy way to add a little extra illumination to your driveway or garden path without worrying about batteries. Each model is IP64 certified against water and features three lighting modes plus a 26-foot sensor. Rated 4.5/5 stars by over 1,600 Amazon customers.

This Mpow light is now equipped with 8 bigger LED lights, which is far more brighter than other similar LED lights in the market. And what’s more, we increase the battery capacity from 600mAh to 800mAh, thus getting some two more hours’ duration. When received this Mpow Solar LED Light, you will find distinct difference compared to its previous version or similar lights in the market, We update the PIR motion sensor and ray sensor, so it becomes more powerful that it can detect people within 26 feet! To improve the waterproof level, we now add two layers, tightly sealed inner loop to its back case, hence, this Mpow light becomes more durable and weatherproof. And we also update the solar panel, thus getting a high-efficient, frosted, anti-scratch solar panel.