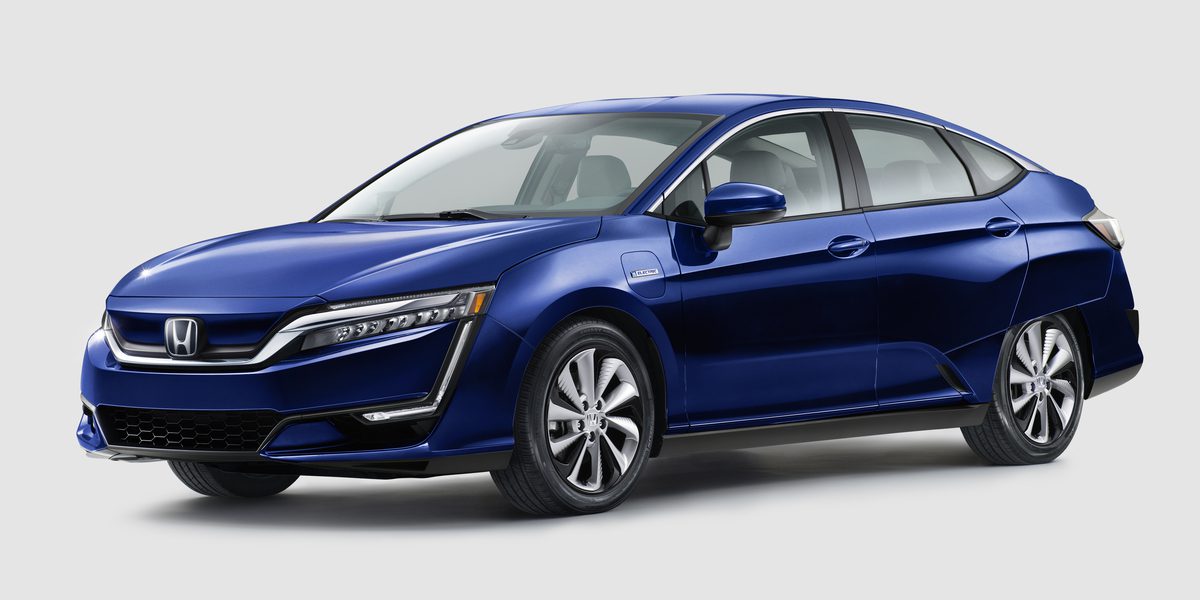 Honda is arguably one of the major automakers least committed to all-electric vehicles, but today it debuts its biggest effort in the segment so far.

At the 2017 New York International Auto Show today, the Japanese automaker is unveiling two new versions of its sedan Clarity, which has so far been a platform for its fuel cell powertrain. The two new vehicles are called “Clarity Plug-in Hybrid and Clarity Electric”.

As the names suggest, they are plug-in hybrid and all-electric versions of the same sedan.

If we are to believe Honda, the new vehicles represent the future of the company. They present them as “the company’s DNA” and they say that they see electrification as “the future of mobility”.

“The Honda Clarity is aimed at accelerating the deployment of advanced electrified powertrain technology and bringing electrified vehicles further into the mainstream. The Clarity series also heralds the advancement of our Honda Electrification Initiative, representing our investment in the full spectrum of electric-vehicle technologies.”

The truth is that the new range of Clarity models is at best a timid entry in electrification for Honda. The company’s sales target is clear evidence of that. They aim for “U.S. sales of 75,000 Clarity vehicles in the first four model years”.

That’s 18,750 per year divided by 3 different models. The fuel cell version isn’t likely to account for much as usual and while Honda has yet to confirm the pricing, reports suggest that the all-electric version will start at ‘about $35,000’, which will be hard to sell with an estimated range of only ~80 miles.

Therefore, the plug-in hybrid version is likely to be the main driver for this sales target.

Honda says that the vehicles will be available later this year and for the all-electric version, it will start by a lease program in California and Oregon, which is usual for compliance electric cars.

Here are the two new models as described by Honda in a new press release:

The 2018 Honda Clarity Plug-in Hybrid, launching at dealerships nationwide later this year, is anticipated to earn an all-electric driving range rating of 42 miles1, the longest of any midsize plug-in hybrid. For longer trips, the Clarity Plug-in Hybrid can utilize its hyper-efficient 1.5-liter Atkinson cycle 4-cylinder engine to generate electricity and, under certain conditions, to act as a direct power source, resulting in an anticipated overall driving range rating in excess of 330 miles1.

The vehicle’s electromotive power comes from a 181-horsepower electric motor producing 232 lb.-ft. of torque and drawing power from both the gasoline engine and a 17-kilowatt hour (kWh) battery pack with a recharge time of 2.5 hours at 240 volts. The Clarity Plug-in Hybrid is anticipated to earn an EPA fuel economy rating of 105 MPGe1  (miles per gallon of gasoline-equivalent) combined, at the top of its class. The Clarity Plug-in Hybrid features three selectable modes – Normal, Econ and Sport – allowing drivers to customize their experience, maximizing efficiency or driving performance. A fourth mode – HV mode – is provided to maintain the battery’s state of charge and can be selected in conjunction with Normal, Econ and Sport driving modes.

As the sales volume leader in the Clarity lineup, the Clarity Plug-in Hybrid will be offered in two premium-contented trims, standard and Touring.

The 2017 Honda Clarity Electric is geared toward consumers who desire a spacious, comfortable and affordable sedan that suits their daily driving needs. The Clarity Electric is powered by a 161-horsepower (120-kilowatt) electric motor producing 221 lb.-ft. of torque and drawing power from a 25.5-kWh battery pack. The vehicle can by fully charged in just over three hours at 240 volts, and when using DC fast charging with the SAE Combined Charging System can achieve an 80 percent charge in just 30 minutes.