‘Tesla has freed the electric car from its granola image’, says Daimler CEO

Daimler and Tesla have an interesting relationship. New Tesla fans might not know that Daimler actually saved the electric automaker from bankruptcy, according to CEO Elon Musk, when they invested $50 million for ~9% of the company back in 2009.

What is interesting is that despite this early show of confidence in the company, it has taken years for the German automaker to launch its own serious electrification effort, but it’s now ready to do it and they thank Tesla for having paved the way.

“Tesla has certainly set a positive impulse because they do not say electromobility is renunciation [of power] and about ‘granola image’, but on the contrary: that is power and enthusiasm. And that is the right way.”

Zetsche is referring that to the “golf cart” image that has been attached to electric vehicles for years – and it’s still the case today to a certain degree. Automakers would only produce weak electric cars for which only treehuggers would be willing to overlook all the disadvantages in order to own it for the “enviro-points”.

Then the automakers would say “look there’s no demand for electric cars” and that was the end of it for a while.

Tesla broke that cycle with the Roadster and showed that batteries could power fun cars that can also be competitive with their gas-powered counterparts. That’s when people started to stop tying electric cars to environmentalists and just saw batteries simply as a new type of powertrain.

Daimler saw that and collaborated with Tesla on a few projects, mainly the implementation of an electric powertrain for Smart cars and for the Mercedes B-Class. 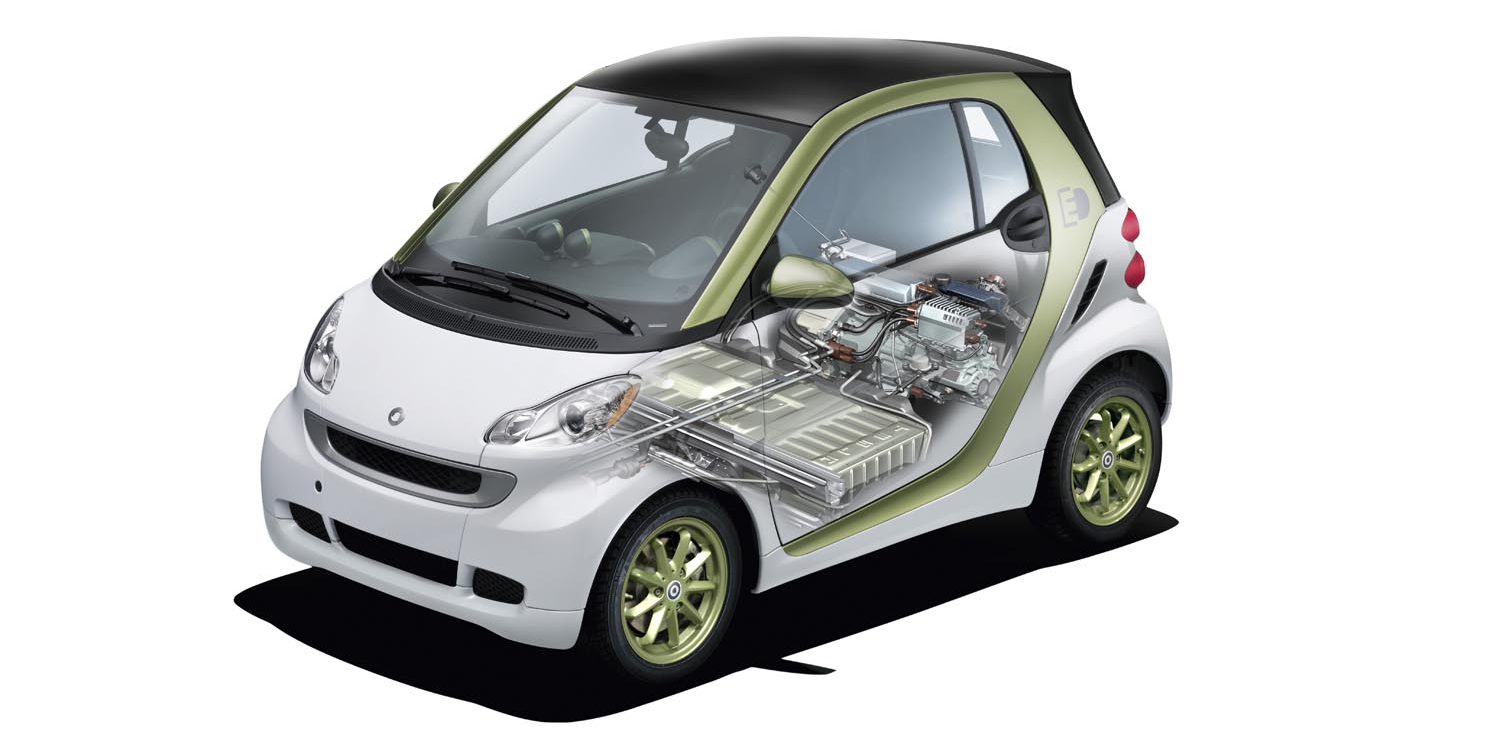 The start of that collaboration was during the 2008-2009 financial crisis and Tesla, like most other US automakers at the time, needed money. Musk, along with several other investors, reinvested in the company but Daimler’s cash infusion made the difference. Musk later said that “Tesla wouldn’t exist today without it.”

Zetsche commented on the investment at SXSW last week:

“At the time, the investment was relatively important for Tesla because they had some difficulties at the time to go to the next financing round. I believe the money that we have invested and the other investors that followed helped Tesla back then.”

Back in 2014, Daimler stopped its powertrain supply contract with Tesla and ended up selling its stake for $780 million – a healthy profit on a $50 million investment.

Despite the early investment in Tesla and then going on their own in 2014, it is taking Daimler another 5 years to enter the all-electric segment with its own car built to be electric from the ground up.

Mercedes’ all-electric ‘EQ’ SUV is expected to hit the market in 2019. They are also converting their entire lineup of Smart cars to all-electric for the US market.

Here’s Zetsche with the EQ concept: 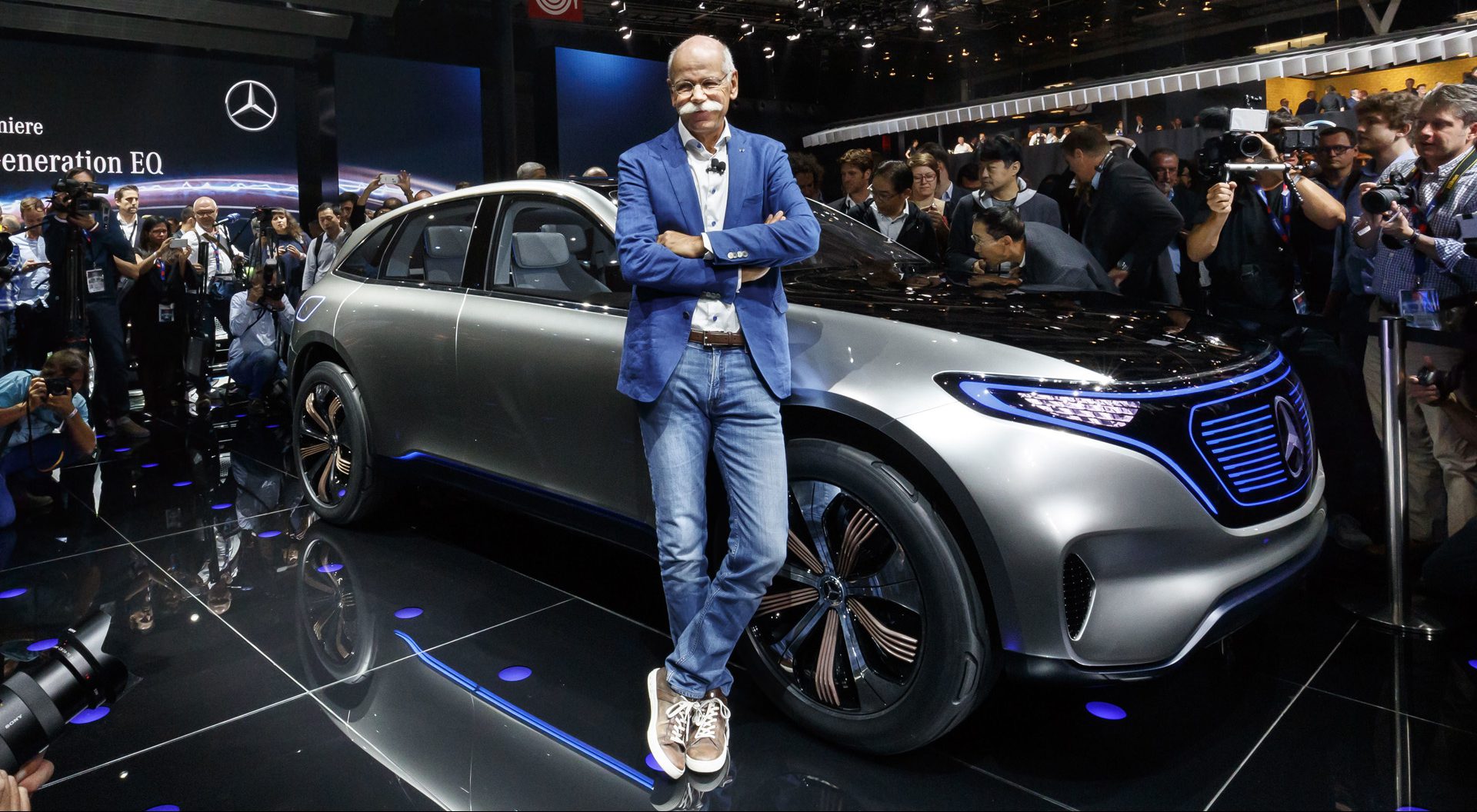 It took a long time, but they seem to be moving a lot quicker over the past few months and since Tesla has been stealing market shares from the Mercedes S-Class.

Like Tesla, they also plan to invest in battery production. At SXSW last week, Zetsche said :

“In the coming years, however, we are investing a billion in our battery production. By 2025, we will be launching more than ten purely electric EQ models on the market. For this, we are investing ten billion euros.”

He expects all-electric vehicles will represent 15 to 25 percent of the cars sold by Mercedes-Benz. In comparison, BMW expects the same amount on the same timeline, but it combines plug-in hybrids and all-electric, while Daimler seems more committed to fully electric vehicles.