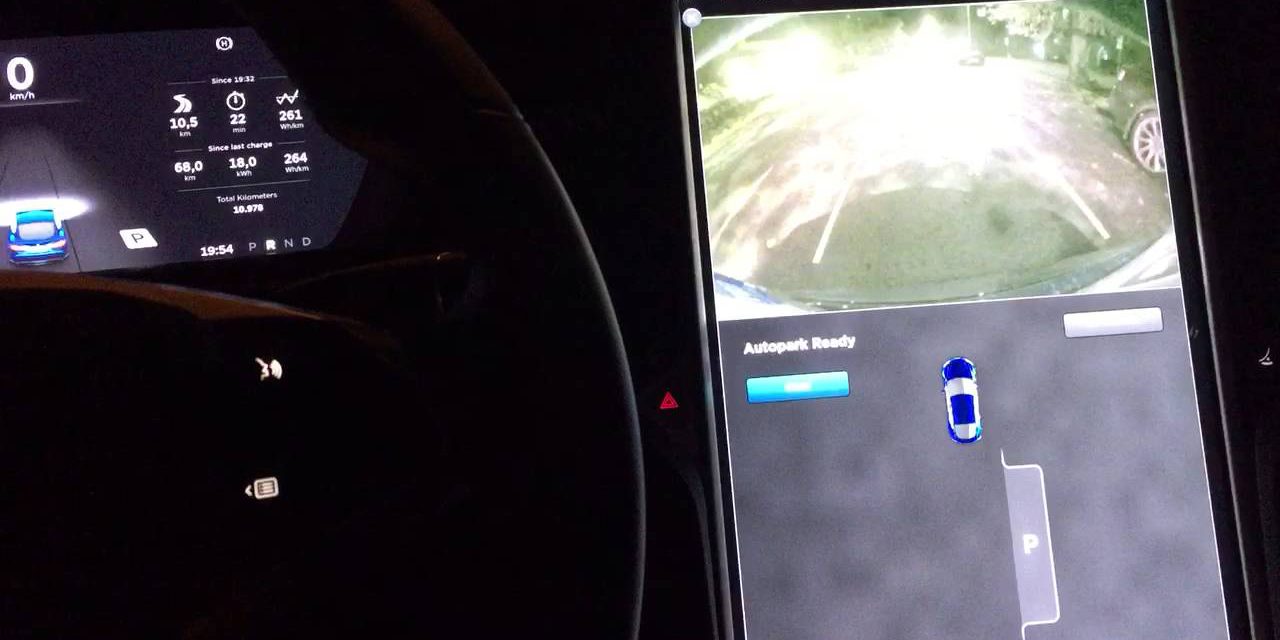 In its continuous effort to bring its second generation Autopilot to parity with its first generation of the driver assist system, Tesla has started pushing yet another update to vehicles equipped with the new Autopilot hardware.

The company is now introducing ‘Autopark for parallel parking’ on ‘Enhanced Autopilot’.

It introduces the first ‘Autopark’ feature, though only the parallel parking option, on the new hardware, but it is a good indicator that the full ‘Autopark’ and even the ‘Summon’ feature are not too far down the road.

It seems to be the only change in the new build. A Model S owner from the Tesla subreddit got the update and shared a picture of the release notes (picture via Byshop303): 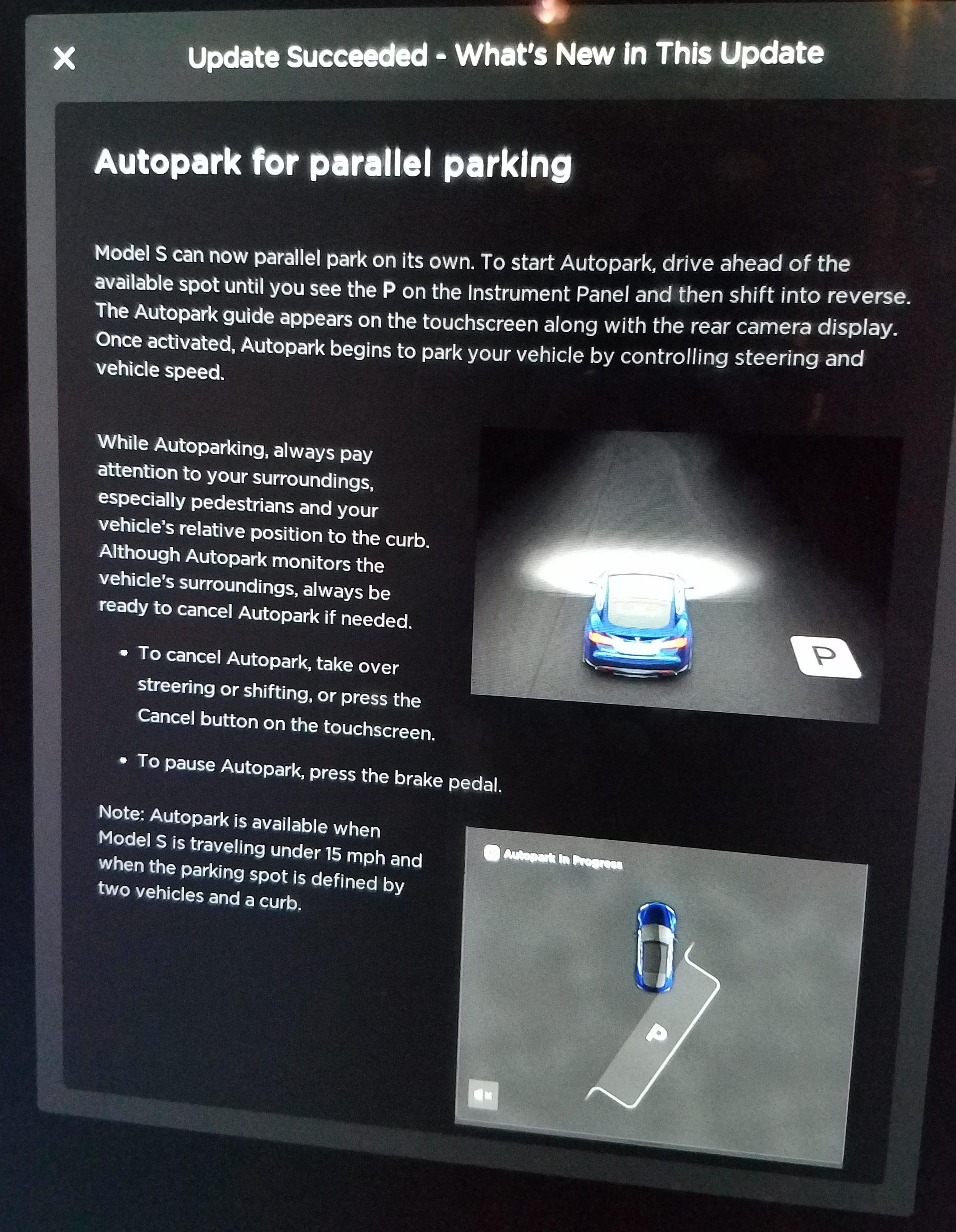 As we reported with the previous update, Tesla now aims to bring the second generation Autopilot to parity with the first generation in March, which is a few months behind the original target of December after launching the hardware in October.

Some owners have been frustrated with the wait and the features lacking behind what was promised.

During a conference call with analysts yesterday, CEO Elon Musk partly blamed Mobileye, the main supplier of Tesla’s first generation Autopilot, for making the transition to the second generation difficult:

“Yes, we had some challenges in the transmission from Mobileye to Tesla software running on GPU. The original plan was to have a migration strategy where we have Mobileye and Tesla Vision operating at the same time to have this kind of a smooth process, but Mobileye refused to do that so that forced us to re-spin the board and caused unexpected delays.”

The company has been trying to release its original Autopilot features and new ones based on this new architecture, but obviously, the transition is not going as planned. Again, the new target is March for parity and the system should start surpassing the first gen Autopilot after that.