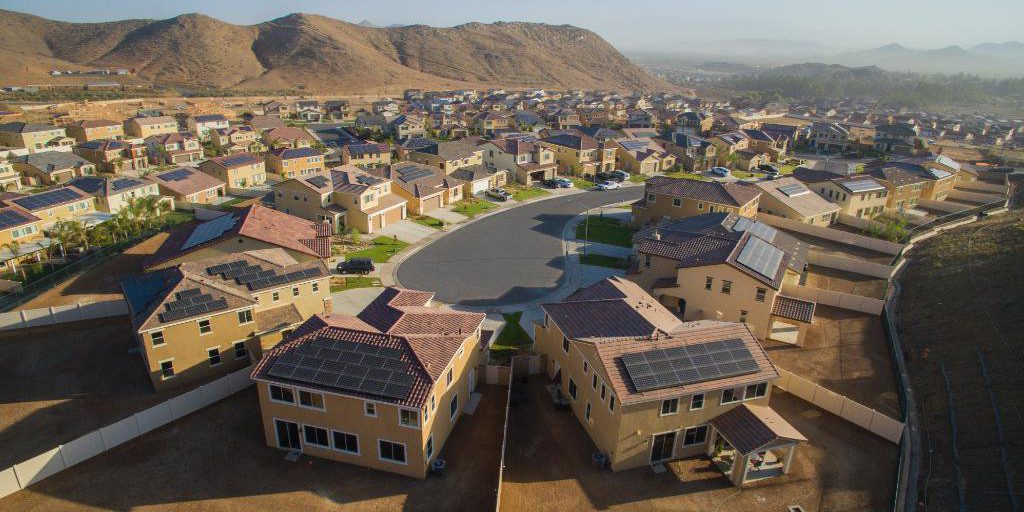 US solar market grows by 95% – Led by an enormous expansion of the utility solar power market, and complemented by solid growth in both the residential and commercial-industrial sectors, the solar power industry installed approximately 14,625MW. The average household – 2.6’ish people – needs about .01MW (10kW) to meet their home electricity needs. Installations of 100MW or more occurred in 20 states – the market is widening. The US is now home to 40GW of solar power spread across 1.3 million installations.

Sunergy, a Chinese solar panel manufacturer, building module assembly plant in California –  200 local jobs and 400MW of solar panels per year from this manufacturing line. Sunergy has spread manufacturing facilities around the planet in order to work around various tariff schemes. In order to not have product taxed by the Feds, the article suggested Sunergy would have to import solar cells from its facilities in Vietnam or South Korea. I wonder if that means there are going to be 400MW or really well priced solar panels available in the US soon? I’ll let the boss know.

New Hampshire politicians push bill to remove the state from Regional Green House Gas Initiative – Conservatives are pushing to limit New Hampshire’s mandated clean energy efforts. The RGGI suggests it has saved the region billions of dollars in energy costs while stimulating infrastructure upgrades and new jobs. As we start to talk about the swirl of clean energy programs – Clean Power Plan, Paris Agreement and the RGGI – plus the potential of a national carbon tax – I can understand the push-back from those who generally push back against any regulations. I’ll argue I’m not philosophically ready to think NH should leave though – The Clean Power Plan and Paris Agreement could be nullified by Trump, and there is no Carbon Tax – merely another push. Conservative politicians noted in the article think the bill has little chance of progressing.

Massachusetts bill pushing for 100% renewable gains steam in Massachusetts – In contrast to New Hampshire, Massachusetts is pushing a 100% clean energy bill. Being a resident and project developer of the state, I see broad electrical grid upgrades coming and being put in daily. Batteries are coming, and wind and solar will be growing more. And while you can’t exactly state why Massachusetts has a 2.9% unemployment rate – 105,000 jobs in clean energy and efficienncy and $11.8B a year representing about 2.5% of the overall economy cannot hurt.

And just to round out politics in the region – the Governor of Maine is asking regulators to resign since they recently ruled more positively toward solar power than the Governor wanted. The Governor likes to say that residential customers force their costs on others on the grid – we know that until penetration gets above 10%, there are few upgrades needed. And only when we begin to break 20% of demand with solar power does the cost begin to increase – Maine is nowhere near those values.

And to visualize the header article on this post – check out the graph of solar growth in the USA in 2016. Not a trivial amount of energy.

For more electric vehicle, autonomous transport and clean technology news, make sure to follow us on Twitter, Newsletter, RSS or Facebook to get our latest articles