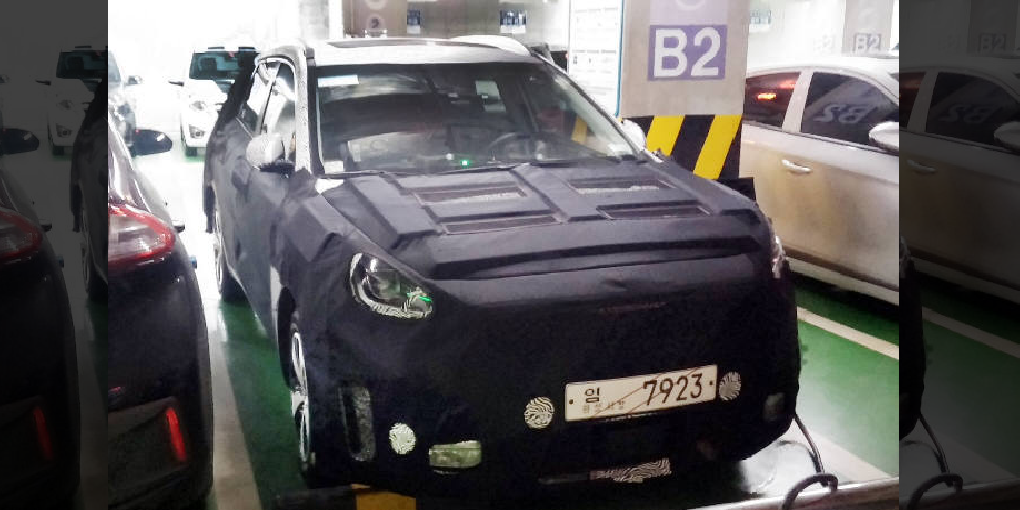 While Hyundai is one of the biggest automakers still pushing for fuel cell hydrogen and they admitted that they “are only making electric plug-ins until hydrogen fuel cell vehicles take hold”, the EV market is still going to take those new electric cars until the Korean automaker realizes that battery-powered vehicles make more sense.

The IONIQ Electric is a great entry in the all-electric space for Hyundai and despite its view of EVs, the company is now quickly moving forward with a longer range all-electric SUV. A prototype was spotted for the first time and the vehicle is expected to hit the market as soon as next year.

It might seem like a quick turnaround, but the IONIQ also came out of nowhere for a lot of industry watchers. The company has been working on a new all-electric platform with a 64 kWh battery pack that could bring the range of midsize vehicles using the platform to just over 200 miles – that’s up from ~100 miles with the IONIQ’s 28 kWh battery pack.

The first prototype has been spotted this week in a parking lot in Seongnam-si.

It was heavily camouflaged and therefore, it’s hard to distinguish any specific design feature, but Korea’s ETNews claims that it was able to confirm that the prototype is the new all-electric SUV that Hyundai plans to launch next year: 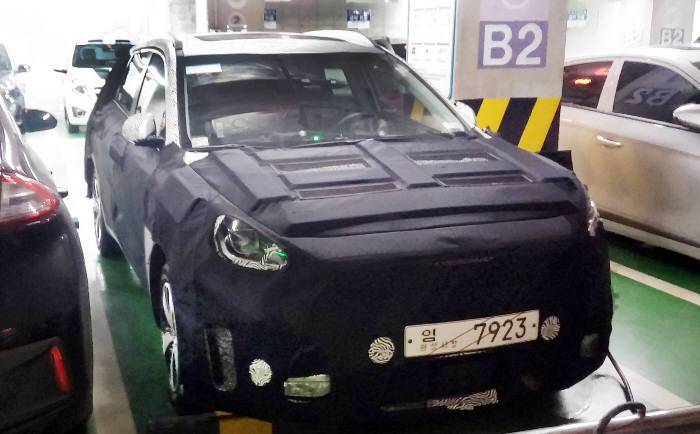 It appears to be a small to midsize SUV. The person who took the picture told ETNews:

“By chance, I saw SUV model that looked to be either a PHEV (Plug-in Hybrid Electric Vehicle) or an electric vehicle being charged at a parking lot of an E-Mart that is located in Seongnam-si. Size of this vehicle is about Kia Motors’ SUV called ‘Niro’ and is slightly bigger than ‘IONIQ Electric’ and its wheels were looked to be same as the ones on IONIQ.”

Hyundai refused to release any detail about the vehicle program other than the fact that it exists:

“Although it is true that we are developing SUV electric vehicle with a goal of releasing in 2018, we cannot disclose any information such as name and specifications of new models due to confidentiality.

If the launch is planned for 2018 and it happens in a similar way as the IONIQ launch, the new electric SUV is likely to only be available in South Korea and maybe Europe in 2018 since Hyundai is only gradually launching different HEV, PHEV, and BEV versions of the IONIQ in the US a few quarters after the original launch of the new model.