While it was widely reported that Tesla received $1.3 billion in incentives from the state of Nevada to build its factory east of Reno, the automaker has only received a fraction of that amount so far and it is gradually unlocking portions of it as it reaches job and investment requirements under the agreement.

After going through an independent audit to verify that it was meeting those requirements, Tesla has unlocked this week another portion of the transferable tax credits.

Grant Thornton performed the audit for the second quarter, April 1, 2016 through June 30, 2016, and judged the number of jobs created by Tesla, the percentage of employees from Nevada, and Tesla’s total investment, all to be satisfactory to receive the transferable tax credits. 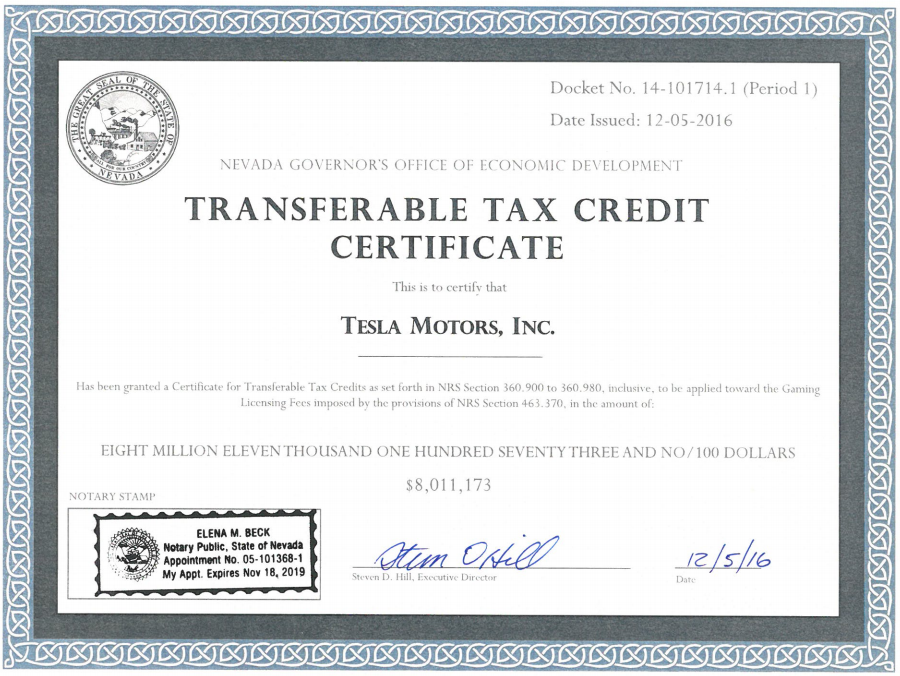 Earlier this year, Tesla earned direct cash from the program for the first time by selling around $20 million worth of transferable tax credits to MGM Grand Casino.

Grant Thornton found that as of June 30, 2016, Tesla was employing 331 employees at the factory with 89% of them Nevada residents. Their average salary was $53 per hour.

The firm also calculated that Tesla invested $450 million as of June 30, but Tesla has since disclosed having invested $608.4 million as of September 30, 2016, in their third quarter financial results.

At the time, Tesla also disclosed that it is expecting to significantly increase its investment in the battery factory during the last three months of the year. The company said that it could incur over $320 million in cost for the Gigafactory during the fourth quarter.

During the period, Tesla started construction on several new sections, a development which also coincides with the start of battery cell production by Panasonic at the plant and, consequently, the start of the second generation Powerwall and Powerpack.

Here are the letters between the Office of Governor Sandoval and Tesla, as well as the audit from Grant Thornton: