Hyperloop One unveils the design of its terminal or ‘Hyperportal’ [Gallery]

As we reported earlier this week, Hyperloop One signed a deal with the Transport Authority in Dubai (RTA) to bring a hyperloop network between Dubai and Abu Dhabi and other Emirates. They expect to be able to travel the ~90 miles (150 km) separating the two cities in just 12 minutes.

The company has been working on designs for the terminals at each end of the hyperloop system and they have released some fairly advanced renders.

Hyperloop One worked with architects and designers at BIG to design their first two terminals, which they call a “Hyperportals”.

In Dubai, it was designed to integrate with the Burj Khalifa, the tallest building and where the world’s largest shopping mall is located, and with the Etihad Towers for the terminal in Abu Dhabi.

The render above is a view of the Hyperportal from the Burj Khalifa and here are the renders from inside the terminal:

In a blog post about the concept, Hyperloop One describes the circular design: 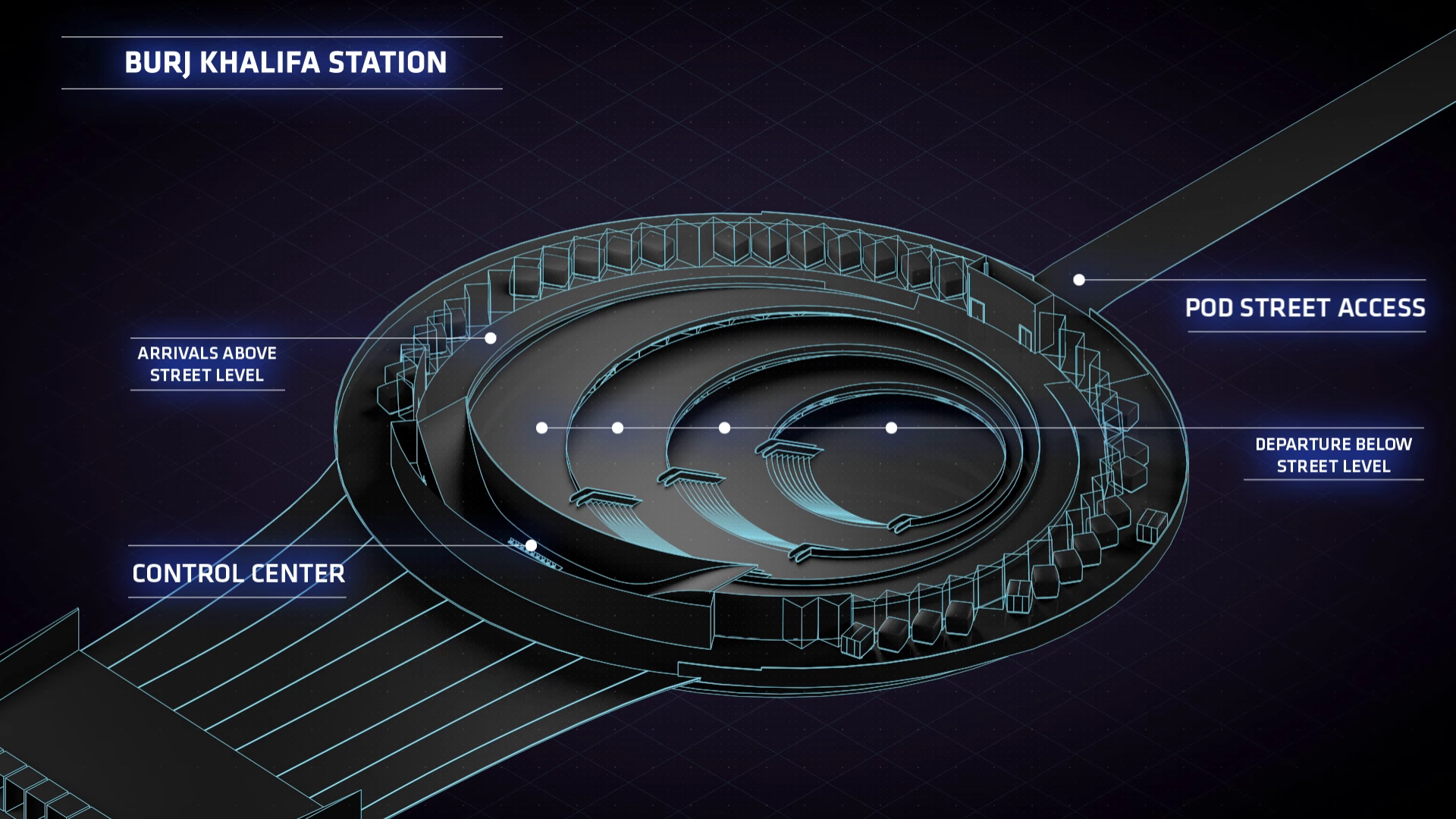 The Hyperportal Etihad Towers in Abu Dhabi looks like a pedestrian bridge, but that’s because everything is happening underground.

That’s why you can’t see the transport tube. While it is exposed along the highway between the cities, Hyperloop One hopes to build them in underground tunnels beneath the city.

They also released renders of the interior of the pods:

The first one is called ‘Lounge’:

The “Lounge” pod provides a comfortable environment for people traveling alone. The angle of the seats creates privacy without compartmentalizing the space. Black leather and bent wood create a simple and elegant feel for the interior.

And the second one is called ‘Group’:

The “Group” configuration allows small teams to interact and even work during the Hyperloop trip. The herringbone bench angles the passengers slightly in the direction of travel during acceleration phases, but allows them to turn around and socially engage when required.

Here’s a quick video of the concept: