Study confirms what common sense has made clear for years: Hydrogen fuel cells cannot catch up to battery-electric vehicles 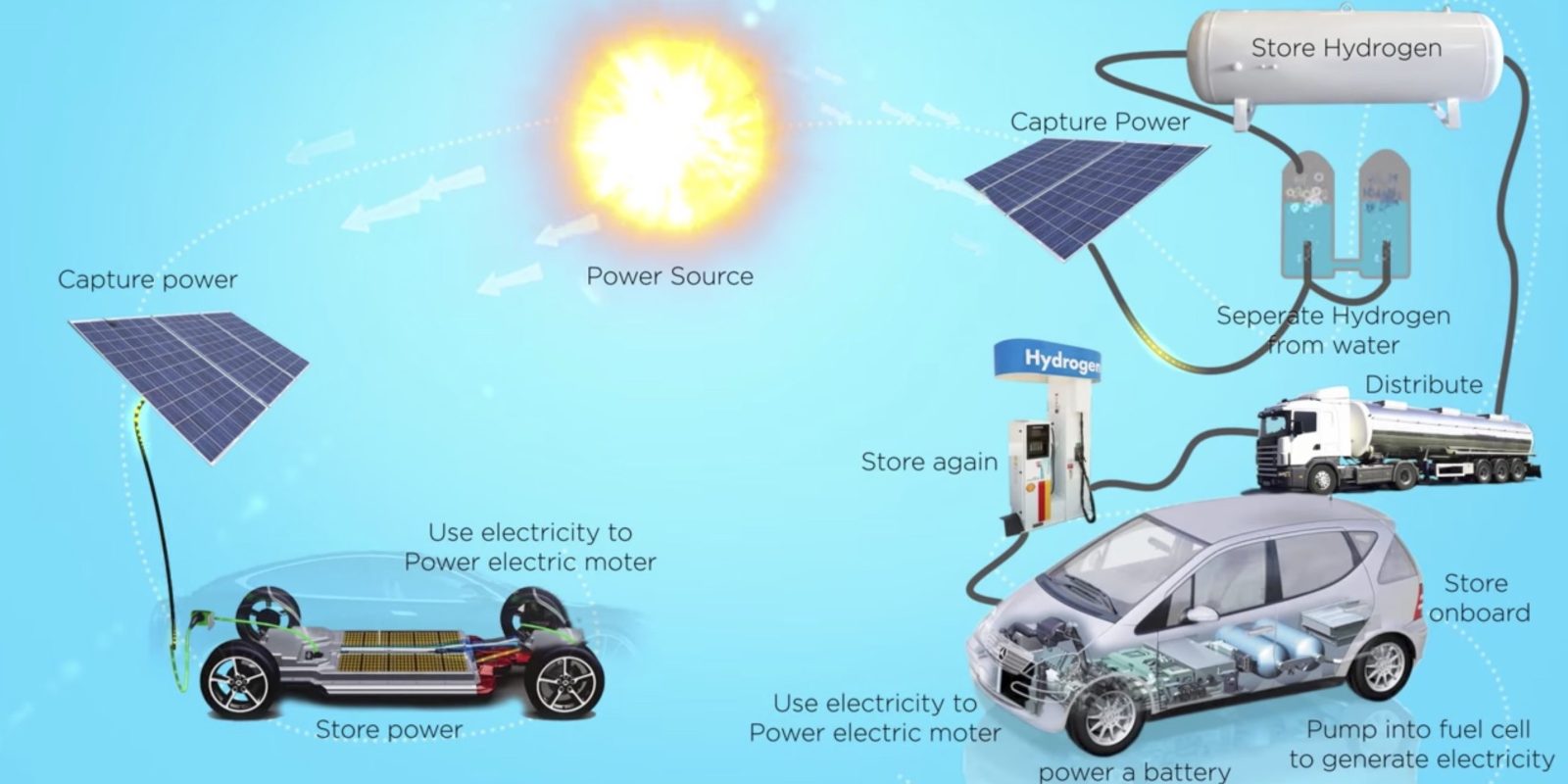 A new study published in the peer-reviewed journal Nature has confirmed what common sense has made clear for years: Hydrogen fuel cell vehicles aren’t likely to catch up to battery-electric vehicles – even for commercial trucks.

The auto industry has been divided on solutions to remove emissions from their products.

Most have been betting on battery-electric vehicles(BEV), but a few automakers have insisted on trying to make fuel cell hydrogen powertrains work.

Toyota, Hyundai, and GM have been the most resistant in giving up on the technology, which also can achieve zero-emission transport, but it is much less efficient than BEVs.

Some of the biggest FCEV programs in the world, like the Toyota Mirai and Hyundai Nexo, have failed to gain any reactions after years and billions invested in them.

Aside from the full energy cycle of FCEVs being so much less efficient (three times less efficient, as shown in the chart below), the infrastructure seems to be the main problem.

Both BEVs and FCEVs have infrastructure problems, but BEVs have the great advantage of having to build on an already extensive electric grid infrastructure with virtually every electric outlet in the world being a potential charging station.

The only challenge is to build more conventional fast-charging stations, which is not a small challenge, but it is still much easier than building an entire hydrogen production, transport, storage, and distribution industry.

Also, most EV charging is done at home overnight, which is not the case for hydrogen fuel cell vehicles.

Where FCEVs still had a chance was with commercial trucks, but now a new study even throws some cold water on that.

A new study from Patrick Plötz at the Fraunhofer Institute for Systems and Innovation Research ISI, Karlsruhe, Germany, published a new study in Nature.

Titled “Hydrogen technology is unlikely to play a major role in sustainable road transport,” the study uses data to show that hydrogen fuel cell vehicles are not likely to ever catch up to battery-electric vehicles:

The study points to even commercial trucks not being likely to give fuel cell powertrains a chance in the long term:

The current challenge for battery-electric vehicles is long-haul logistic operation (with an average of 100,000 km per year) and transport of very heavy goods (which implies high energy consumption per kilometer). This is the use case often discussed for hydrogen trucks. Several truck manufacturers, as well as fuel cell and infrastructure providers, have joined forces and announced a target of 100,000 fuel-cell trucks on European roads by 2030. But this seems very unlikely when contrasted with announcements from the companies about the earliest start date for the production of commercial series fuel cell electric trucks being in 2027. By that time, the second-generation battery-electric vehicles will already be commercially available and in operation.

Some truck makers, like Nikola Motors, claim that they will have production FCEV semi-trucks available sooner than in 2027 (2023-24), but even it has slowly been moving toward battery-electric vehicles.

The study notes that with the new megawatt charging standard for battery-electric trucks and advancements in battery technology, the next generation of electric trucks is likely to leave fuel cell hydrogen vehicles behind.

Do you think fuel cell hydrogen has any chance of success? Let us know in the comment section below.