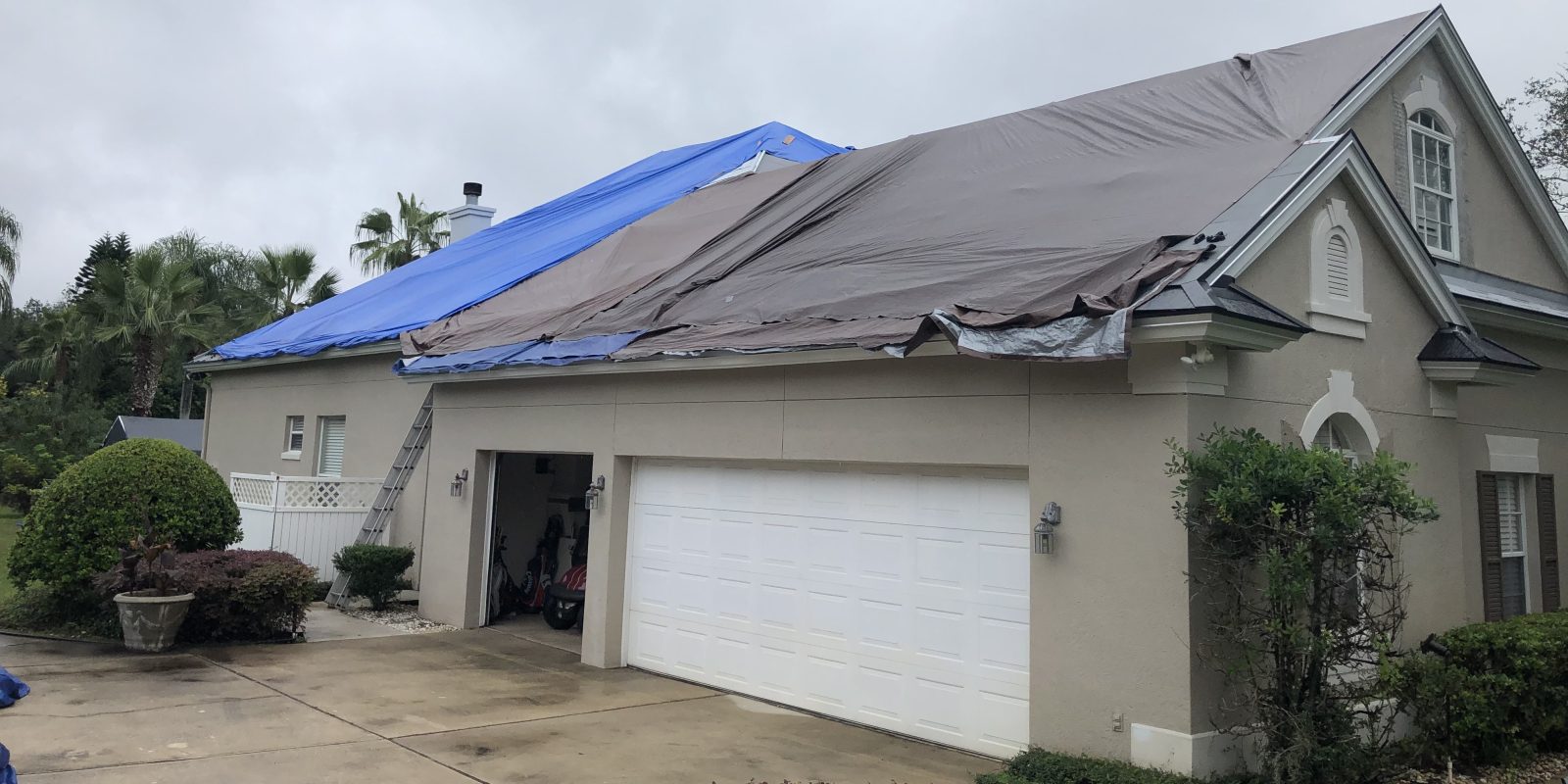 A Tesla Solar Roof customer was left without a roof and tarps covering his house after new solar roof installation turned into a 2-month-long nightmare.

Tesla is still trying to ramp its solar roof tile deployment, which has been delayed several times already.

We were excited when Paul Stacey reached out to us back in July about sharing his experience with his solar roof installation on his home in Florida.

He had just signed a contract for what we believed would become Tesla’s biggest solar roof install yet: a 24.3 kW solar roof.

Over the following weeks, Stacey gave Electrek a breakdown of the progress.

At first, he was told by Tesla that it would take about 2 weeks, but they doubled the timeline closer to the start of removing the old roof.

The subcontractors in charge of removing the roof made some good progress during the first week (before/after week 1):

However, the first week already gave a glimpse of the problems to come.

The first day the crew showed up, but the equipment wasn’t on site like they thought it would be.

Then on day 5, Stacey saw some water leaking from the tarp and he was unable to reach Tesla.

Roof removal was completed early the next week and Tesla started on the roofing underlayment, a water-resistant or waterproof barrier material that is installed directly onto the roof deck.

Tesla was trying out a new product for the underlay and it didn’t conduct proper testing first as Stacey would later find out.

Week 3 consisted of preparation work to receive the tiles and on week 4, Tesla finally started installing the solar tiles.

On week 5 (we are now in September already) Tesla started to realized that it made a mistake with its new underlay.

“Monday did not start out well – we had rain over the weekend and a few places inside the house felt the effect of it, two of the seven areas were back to the roofing removal company, as they found those areas and fixed them, it started raining and that stops all work. The other areas came down to a failure in Tesla’s new lining – and that’s when you find out your one of the first homes to get it. Apparently, it’s too thin and the clips that hold the boards together can come through and when it rains, water gets in.”

They spent most of week 5 trying to fix those problems.

The next week (week 6) Tesla sent an expert to oversee the work and try to bring it back up to standard after the prior failures.

It looked like they were making some progress, but they experienced another leak in the garage by the end of the week.

During week 6 is when things went from bad to worse as work was halted and they just decided to put a tarp over the whole roof:

They started moving the situation up the chain of command and Stacey started to hear that the consensus was that they needed to start from scratch.

Keep in mind that they are now already almost 2 months into the project.

A source familiar with the project said that Tesla engineers agreed that it was a big mistake to switch from a double layer of self-sealing Firestone as to a single layer thinner and weaker product as roof underlayment without proper testing.

The next week they had Servpro, a fire and water cleanup and restoration service company, over to make sure the leaks didn’t leave lasting damages and Stacey reached a compensation agreement with Tesla over all the issues.

Now in early October, 9 weeks into the project, Stacey’s entire house is covered by tarps to try to protect it against the elements:

This week, Tesla is now restarting Stacey’s roof back from the deck after abandoning the new underlay.

He might be looking at another 4 weeks of construction on his house before he finally has a new roof.

We will keep you updated.

Stacey is still hopeful that the final product will be worth this 2-month-long nightmare, but he thinks prospective customers should know that Tesla hasn’t figured out the whole installation process just yet.

I agree with him and this is why we are posting this now.

We will update when the project is over and hopefully, the result will be worth it.

I still think that Tesla’s solar roof tiles are an extremely important product that has the potential to accelerate residential solar power adoption.

But it looks like Tesla was premature with the product.

It probably should have gone through more testing before making its way to customers who are spending tens of thousands of dollars for it.

Stacey seems to be handling it well, but I have to imagine that having 2 months of construction work on your roof is extremely stressful.

For the product to become mainstream, they have to smooth out the installation process.

If you have interesting solar roof experiences, good or bad, please reach out to us as we try to get a better picture of the current state of the product.