With the launch of Model 3, Tesla is growing at a record pace in its home state of California. The automaker increased deliveries by 400% in California last quarter and helped push all-electric vehicle market share to a new record: 4%.

According to IHS Market’s registration data shared in the California New Car Dealer Association quarterly report, Tesla delivered 22,758 vehicles in California during the last quarter – up 399% from the same period last year.

For context, Tesla says that it delivered 83,775 vehicles worldwide during the last quarter.

It means that California represented 27% of Tesla total sales around the world.

In the US, Tesla says that it delivered about 70,000 vehicles during the period – meaning that California represented 32% of Tesla’s US sales.

It makes Tesla the fastest growing brand in the important market. Registrations are up 226.5% year-to-date: 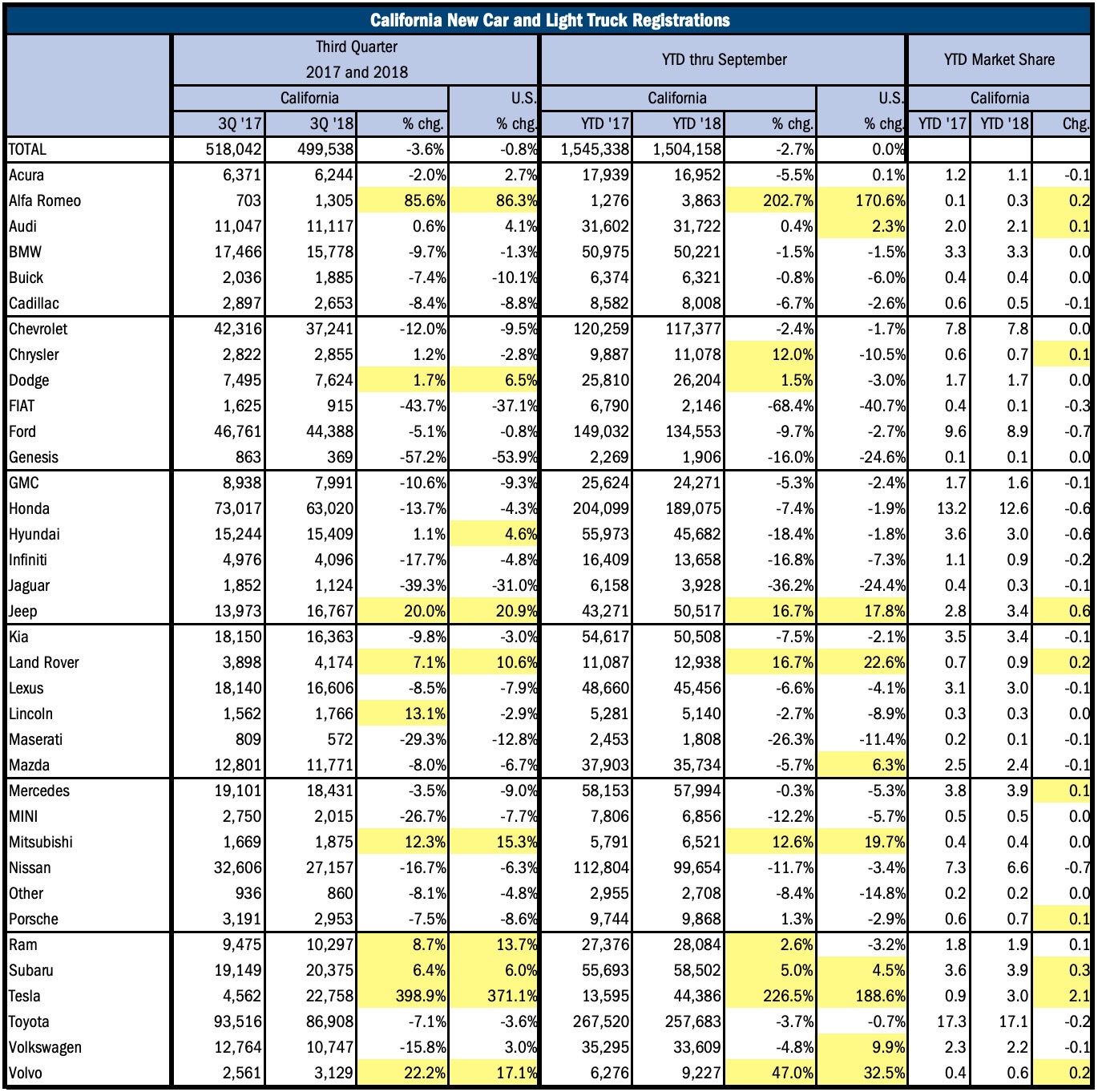 The only other brand coming close is Alfa Romeo, but they are dealing with much lower numbers.

Of course, the Model 3 production ramp-up is responsible for most of the increase, but Tesla concentrated deliveries of the new vehicle in California early on.

Some thought that the automaker would see sales slowing down in the market as it expands deliveries to other regions, but it is in fact still going strong.

Tesla delivered 14,099 vehicles in the state during Q2. It was a new record, but it was smashed by the results in Q3.

The rapid rise is helping overall electric vehicle market share in the state. It has now reached a record 4% of the overall market and it has matched sales of hybrid vehicles: 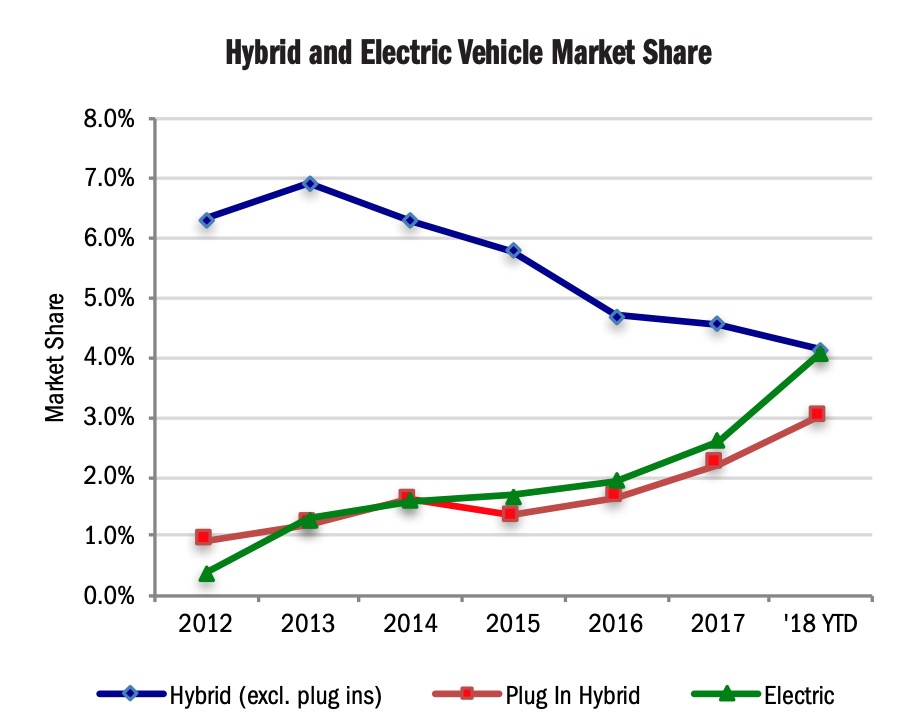 All combined (HEV, PHEV, and EV), they currently represent about 11.2% of all the new registrations in California year-to-date.

The automaker’s sales in its home state are growing with its impact as a major manufacturer in the region. Tesla says that it contributed ‘more than $5 billion’ to California’s economy and supported over 51,000 jobs in the state last year.