Tesla vehicle was found in a junkyard fire, cause unknown 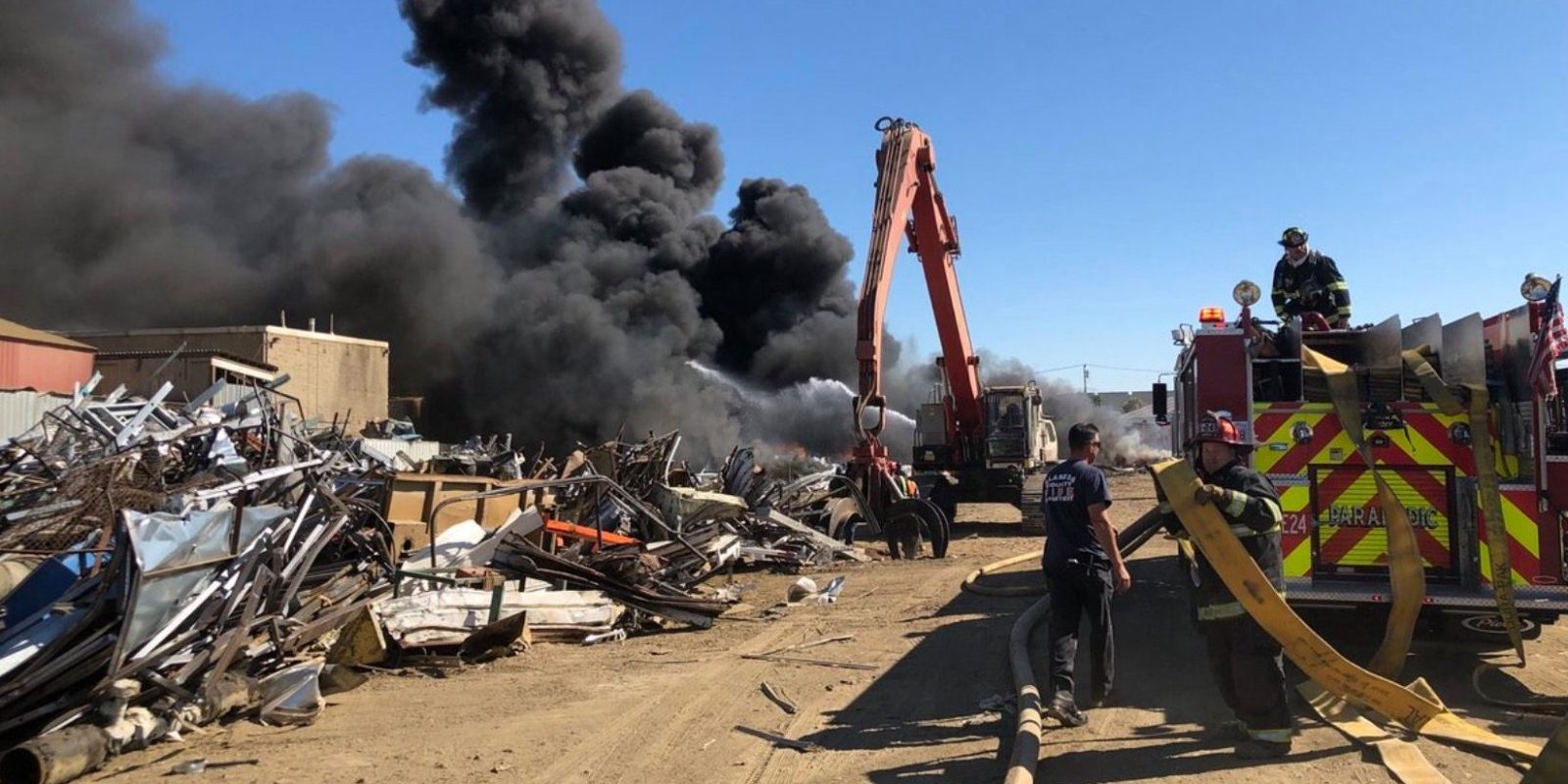 The Alameda County Fire Department responded to a fire on a pile of debris at a San Leandro junkyard last Friday.

Strangely, they found a Tesla vehicle burning in the pile of junk metal and they are investigating if it is the source.

The fire happened at ALCO Metals, a metal junkyard near the intersection of Davis Street and Doolittle in San Leandro, Californian on the eastern shore of San Francisco Bay.

On Friday, the Alameda County Fire Department saw smoke coming out of the location.

The scope of the fire was unclear.

They used a drone from the sheriffs department to get a better idea of the situation:

Thanks to our partnership w/ the @acsosheriffs UAV (Drone) Team, here’s an aerial view of the 1-alarm fire at ALCO Metals in the area of Doolittle Dr. & Davis St. in #SanLeandro on Friday, 9/7. No reports of injuries. The cause of the fire is unknown. pic.twitter.com/cClfJcOacy

The fire was controlled and no injuries were reported.

Firehouse reports that they found a Tesla in the fire and they are investigating if it is the source:

“Firefighters are investigating whether a Tesla vehicle found in the middle of a pile of burning debris caused a San Leandro metal yard to engulf in flames Friday afternoon.”

The Alameda County Fire Department released a bunch of images of their operations:

It’s unclear what the Tesla vehicle was doing there, but vehicles often end up in metal junkyard if they can’t be salvaged, which would be the most likely explanation.

I’ve previously complained that the NTSB seems to be unfairly targeting Tesla when it comes to its car fire investigations, but if the Tesla vehicle was indeed the cause of the fire in this case, I think it’s clear that we need some new process to take care of totaled Tesla vehicles or electric vehicles in general.

It wouldn’t be the first time that a Tesla vehicle involved in an accident caught on fire after the fact.

A Tesla battery pack of a Model X involved in the fatal accident in Mountain View earlier this year reignited days after catching on fire in the crash.

The NTSB appears to be working with Tesla and first responders to see how to best handle a vehicle that has been damaged like that.

Tesla recommends using “large amounts of water” to extinguish a battery fire in its vehicles and to use a thermal imaging camera to monitor the battery after it is found to be completely cooled:

“If the high voltage battery catches fire, is exposed to high heat, or is bent, twisted, cracked, or breached in any way, use large amounts of water to cool the battery. DO NOT extinguish with a small amount of water. Always establish or request an additional water supply.”

It looks like we might need a new process or more awareness on how to handle electric vehicles being discarded.