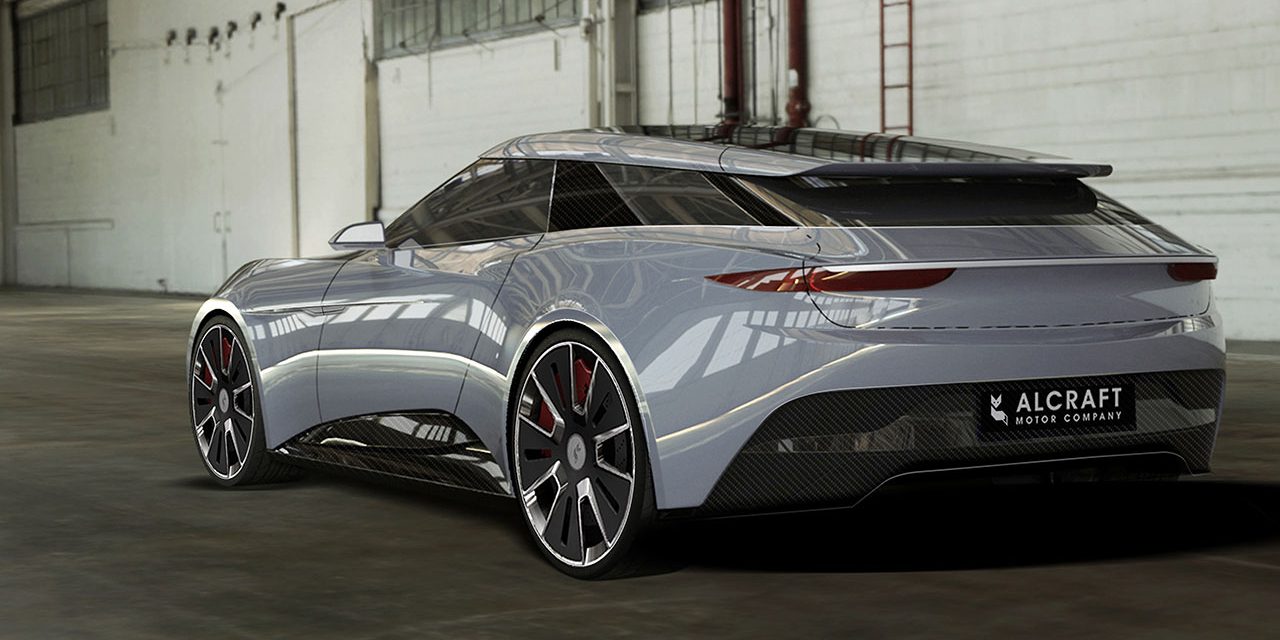 The company claims to have signed agreements with several important partners to make the vehicle a reality, like Silverstone-based Delta Motorsport for the powertrain, Continental for safety systems and Michelin for tires.

“We want to build a British car company which brings together traditional skills and high technology for the emerging low carbon car market”,

Their first effort resulted in the ‘Alcraft GT’, which they describe as ‘extremely sporty yet practical, with a shooting brake-style rear’.

Several impressive renders of the vehicle were released by the company this weekend:

They plan for the battery-only powertrain developed by Delta Motorsport to allow between 200-250-mile of range with a possibility of  “300+ miles” – though they say that they are also considering a range extender.

After running computer simulations of their three-motor, four-wheel drive powertrain, they expect figures of “840 lb ft torque and 600hp which, with four-wheel drive, torque vectoring, and light weight, result in an estimated 0-62mph time of 3.5 seconds.”

The concept unveiled is for a two-seater configuration with a 500-litre luggage area, but Alcraft says that the company is also planning a 2+2 configuration on the same platform.

All very promising stuff, but here is where things get dicier. They are actually turning to crowdfunding to make the car happen.

Alcraft is asking for £600,000 to make a prototype of the ‘Alcraft GT’ – presumably to then raise funds to bring it to production in 2019, according to the company.

What do you think of this new project? Let us know in the comment section below.