‘The time for hybrids, has finished’ – will Toyota, Honda, and Nissan wake up? 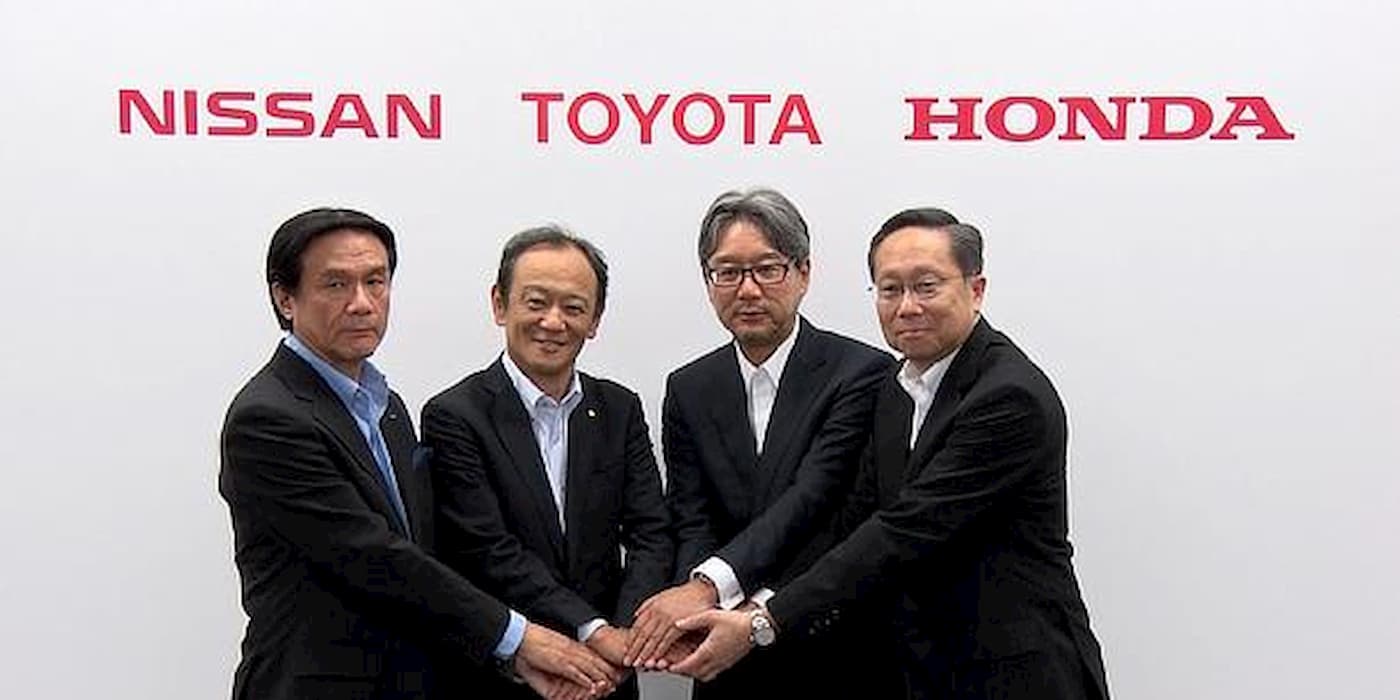 Japanese automakers Toyota, Honda, and Nissan, are being called out again for their lack of progress with battery electric vehicles and decarbonization efforts. Greenpeace, a nonprofit organization promoting a sustainable future, released a new study finding that Japanese automakers lag behind their peers.

Japanese automakers have been notoriously slow in their efforts to introduce all-electric models to the market. Despite Toyota being the first to reveal a mass-market hybrid vehicle, the Toyota Prius, in 1997, the automaker (and the entire country) has made little progress since.

What’s interesting, however, is Japan has the third largest economy and hosts some of the most advanced technologies like bullet trains (with speeds up to 199 mph), quantum computing, and smart farming.

Then why is it so behind in decarbonization and fully electric vehicles?

Japan falls behind in the EV race

For one thing, Japan has a relatively conservative culture. The country firmly believes in order and hierarchy. So, naturally, when it comes to a significant change, it will be up to the leaders. And if you look at past comments from Toyota, Honda, or Nissan’s higher-ups, you will notice a trend of thinking similar to the saying, “if it isn’t broke, don’t fix it.”

This type of thinking often results in slow change, which we are seeing now. For instance, the Executive Vice President of Sales for Toyota North America was recently quoted saying:

That’s despite all the evidence that shows electric vehicles are the future:

The evidence shows people want EVs, and that’s where the market is heading.

Toyota, Honda, and Nissan are last in decarbonization efforts

Greenpeace’s new study finds that Japanese automakers Toyota, Honda, and Nissan rank lowest in their efforts to promote a cleaner future out of the top 10 automakers.

After zero-emission (not hybrids) didn’t even generate 1% of the automaker’s total sales, Toyota ranked dead last. The study also found Toyota to have one of the least developed supply chains for decarbonization.

Climate and energy campaigner for Greenpeace Japan gets it right, saying:

The time for hybrids, I think, has finished.

Yes, it is. Hybrids are not the solution. They are only helpful as a bridge to fully electric vehicles. Only then will the transportation sector trend toward sustainability.

Honda ranked ninth as Greenpeace points out the company’s lack of planning to hit its goal of introducing 30 new electric vehicles by 2030.

Ranking eighth is Nissan. Despite building an early lead in the EV market with the Nissan LEAF, zero-emission sales have failed to see much progress.

Can Toyota, Honda, and Nissan turn it around?

Although the Japanese automakers have been dragging their feet, it seems they may be warming up to the idea of EVs in the past week or so.

On the other hand, Honda also announced last week it would invest $4.4 billion in a partnership with LG Energy to build EV batteries in the US. And then, Tuesday, it partnered with Hanwa for additional battery minerals.

Nissan also dived deeper into the EV market by introducing its first-ever V2G charger for Nissan LEAF owners capable of selling energy back to the grid.

Does this mean they are waking up and smelling the coffee? Well, it’s a start. I wouldn’t go as far as to say they are completely turning the ship around, but recent news does suggest that Toyota, Honda, and Nissan are putting more effort into sustainability.

Increasing investments is the first step. Now we will see if the Japanese automakers will follow through and hopefully play a more significant role in the ever-expanding EV market.

Although they are a few steps behind, they still have time to right the ship. However, time is ticking.