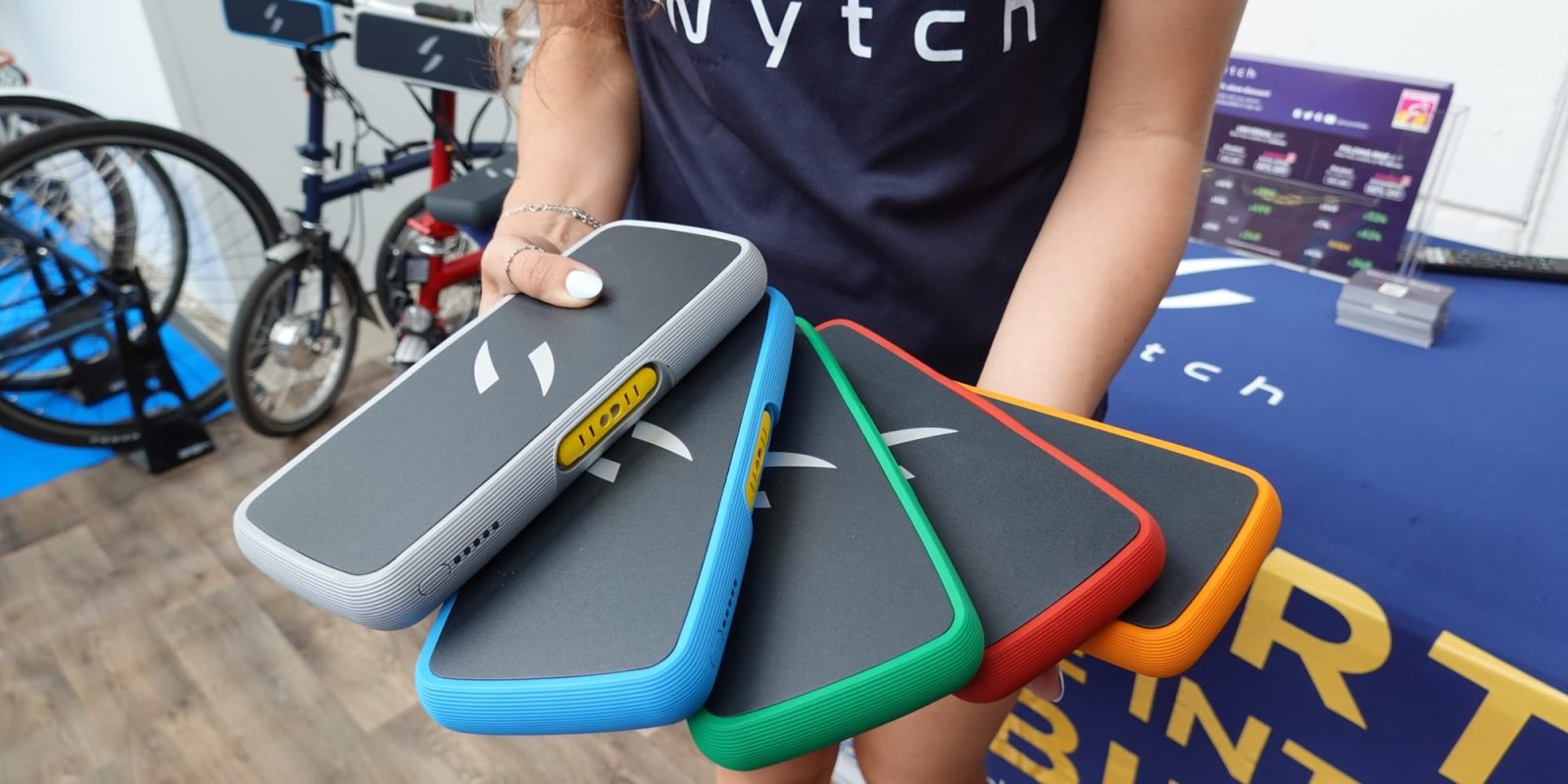 Have you ever thought to yourself, “I’d love an electric bicycle, but it’d be even more convenient if the battery fit into my pocket?” OK, fine, but lots of people actually have. And the UK-based e-bike conversion kit company Swytch made it happen with the newest edition of the brand’s easy-to-use electric bike conversion kit.

I got the chance to see the new kit in person at Eurobike a few days ago and even take a couple of quick test laps on a bike equipped with the updated kit.

Longtime Electrek readers might remember that we originally tested out Swytch’s electric bike conversion kit in the past when I used it to simply and easily convert my Merida city bike into an electric bike.

I was already a big fan of the small format battery, but the company has now taken its handlebar-mounted power packs to the next level with a totally new battery design.

The update includes a new handlebar mount that clamps into a rigid plastic case housing the battery. But unlike most e-bike batteries that are the size of a small fire extinguisher, the Swytch battery is the size of those graphing calculators you probably used in high school trig class.

That means you could conceivably carry the battery in your pocket, at least if you have functional pockets. (Sorry to all the ladies out there with their form-over-function pockets.)

Another cool part about the kit is that the new battery system is backward compatible. So if you’re one of the tens of thousands of people that already have the previous generation Swytch e-bike kit installed on your bike, but you want to upgrade your battery to the newest model, you don’t have to replace the rest of the kit. You can simply get a new battery, and you’ll be off to the races.

The rest of the kit is fairly standard, consisting of a basic hub motor designed to swap onto the front wheel of a bike. It hits 25 km/h (15 mph) in Europe and 32 km/h (20 mph) in the US, and it gets a standard-issue 250W label.

It’s nothing fancy, but it gets the job done and it’s how most e-bikes in the world are built. Hub motors are simple and effective, so there just isn’t much left to innovate there. Instead, Swytch focused on innovating on the battery side, which has a much larger impact on riders.

And the beauty of that innovation is that all of the electronics are built into the battery itself, meaning the kit is nearly universally compatible with any bicycle. I’ve personally installed past Swytch kits on a folding Brompton bike with 16″ wheels and a hybrid urban bike with 700c wheels. Swytch even likes to show off a hilarious penny farthing bike that they’ve converted to electric.

Basically, any bike with wheels can be converted using the Swytch kit.

It is the only electric bike system that is compatible with almost any type of bicycle. If your bike has handlebars and a front wheel, the Swytch kit will be compatible – with only a few small exceptions. The wheel size of your bike doesn’t matter – we can build the motor wheel in any size for any bike.

That might not sound like much range – and it’s not. But the whole idea is that the kit is for short urban trips. And if you really need extra range, it’s as simple as carrying a second battery in your pocket.

Plus the cool thing about the 90 Wh Swytch Air battery pack is that it is airline compliant at under 100 Wh of capacity, meaning you could bring your e-bike on vacation and legally carry the battery onto the plane in your backpack.

The small size also means they don’t need to charge an arm and a leg for the kit. The two kits are both marked down by 50% during the promotional pre-order period. An entire Switch Air kit, which also includes the front wheel motor, mounting hardware for the handlebars, LED display, and charger, will currently set you back just €599 (US $604). The larger Swytch Max kit is currently on sale for just €749 (US $756). Both of those prices include a generous 50% discount off the MSRP.

Swytch, which has been in operation since 2017, has spent most of the past few years catching up to huge demand. The company has often been in a pre-order period while rushing to produce enough conversion kits to fulfill customer orders. The recently announced new version of the kit has also led to a surge in demand, meaning Swytch is still playing catch up with manufacturing. The full retail price is expected to come back into effect once the kits are in stock, but the company is offering the pre-order price for those that want to get in line early and wait for their kits. Don’t take out your credit card just yet though, as the next pre-order period likely won’t open until September.

Until then, let’s all just appreciate how beautiful these slim e-bike batteries truly are!