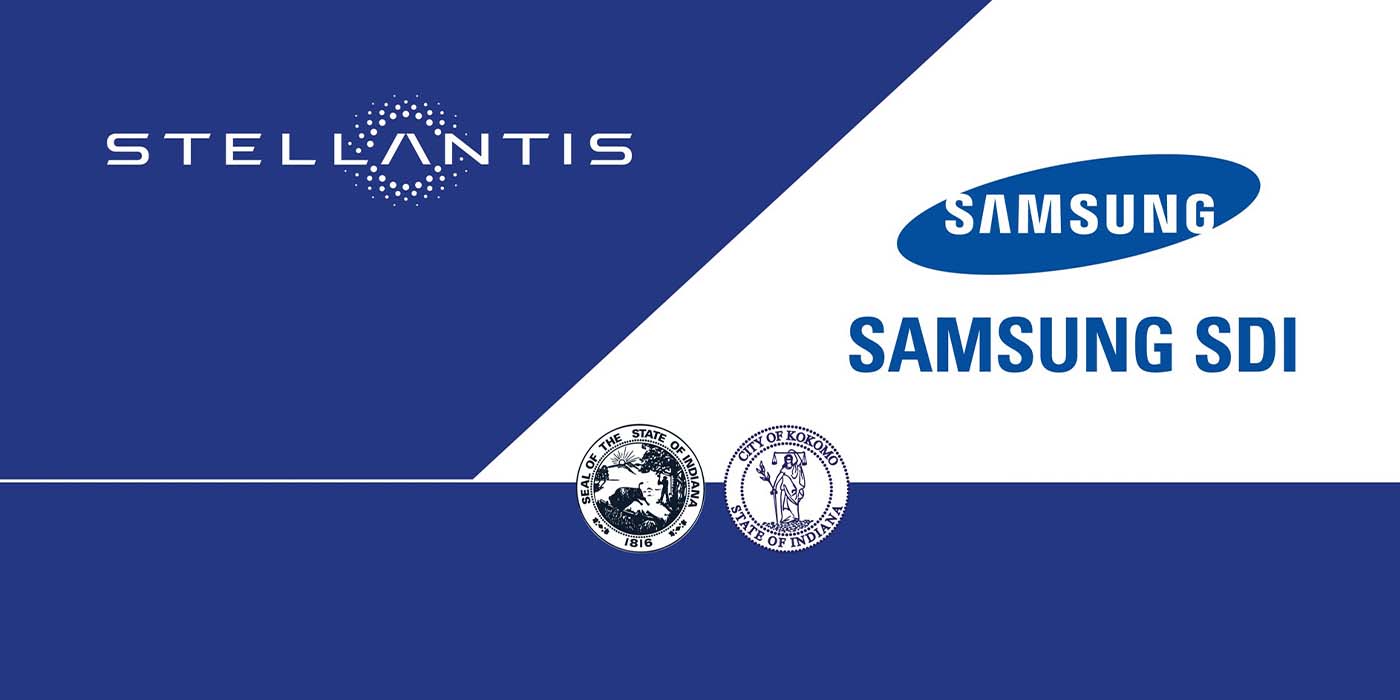 Kokomo, Indiana, may not be the location the Beach Boys were singing about, but its definitely the current tune of both Stellantis and Samsung SDI, as the two announced a joint venture to build a US EV battery plant there. Together, the global automaker and battery manufacturer will invest over $2.5 billion to bring a slew of new EV jobs to Kokomo and its surrounding areas.

Stellantis ($STLA) exists as the latest resurrection of Fiat Chrysler Automobiles (FCA), following a merger with Peugeot S.A. that was finalized in early 2021. As a top-ten automotive manufacturer in the world, Stellantis oversees a variety of notable vehicle marques, such as Alfa Romeo, Chrysler, Citroën, Dodge, Fiat, Jeep, and RAM – just to name a few.

One thing missing from a lot of these marques however, is production BEV models.

Despite company CEO Carlos Tavares’ claims that electrification is being “imposed on the automotive industry,” Stellantis has outlined a 15+ year blueprint called “Dare Forward 2030” as it looks to reach net zero carbon neutrality someday. In addition to teasing an all-electric Jeep and Maserati GranTurismo, Stellantis has been bolstering its battery capacity to support its EV shift.

In March, the automaker announced a joint venture with LG Energy totaling $5 billion CAD ($4.1 billion USD) to build a 45 gigawatt-hours (GWh) EV battery facility in Windsor, Ontario – just over the border from Detroit.

Now, two months later to the day, Stellantis has announced a similar venture with Samsung SDI to manufacture batteries on US soil.

Stellantis and Samsung to build central US battery plant

The automotive conglomerate announced its latest joint venture with a seasoned battery manufacturer in a press release this afternoon, outlining some terms of the deal.

As of today, Stellantis and Samsung SDI have executed binding, definitive agreements to establish an EV battery manufacturing facility in Kokomo, Indiana, where Samsung will apply its PRiMX technology to produce EV battery cells and modules for the North America market. The joint venture will invest $2.5 billion and bring approximately 1,400 new jobs to the area.

According to Stellantis and Samsung, the original investment could grow to $3.1 billion in the future, especially as the JV has already shared plans for expanded battery capacity in the US plant.

If and when the US facility reaches its 2025 start of operations, it is expected to have an initial production capacity of 23 GWh per year, but Stellantis and Samsung SDI shared that they are aiming to increase that capacity to 33 GWh in the next few years. Samsung SDI CEO Yoon-Ho Choi spoke:

We express our gratitude toward officials from the state of Indiana and Stellantis for supporting the final selection of the plant site in Indiana. We have secured a solid foothold in a rapidly growing North America EV market through the joint venture with Stellantis. We will make sincere efforts to bring satisfaction to the market with top-class quality products in the future, and we will contribute toward meeting the climate change target.

This is Stellantis’ first entry into the state of Indiana. However, as you can see from the map above, the new battery plant is somewhat centrally located to its current manufacturing facilities in the United States and Canada. The furthest location would be Stellantis’ Brampton assembly plant near Toronto. The aforementioned Canadian battery plant with LG Energy is about 250 miles to the northeast in Windsor near multiple assembly plants in the United States and Canada.

Stellantis also has several assembly plants in Mexico that the new US battery plant with Samsung could certainly serve as well. Plant construction is expected to begin later this year.