Lectric XP 2.0 vs Lectric XPremium vs. Lectric XP Lite: What’s the difference and which to buy? 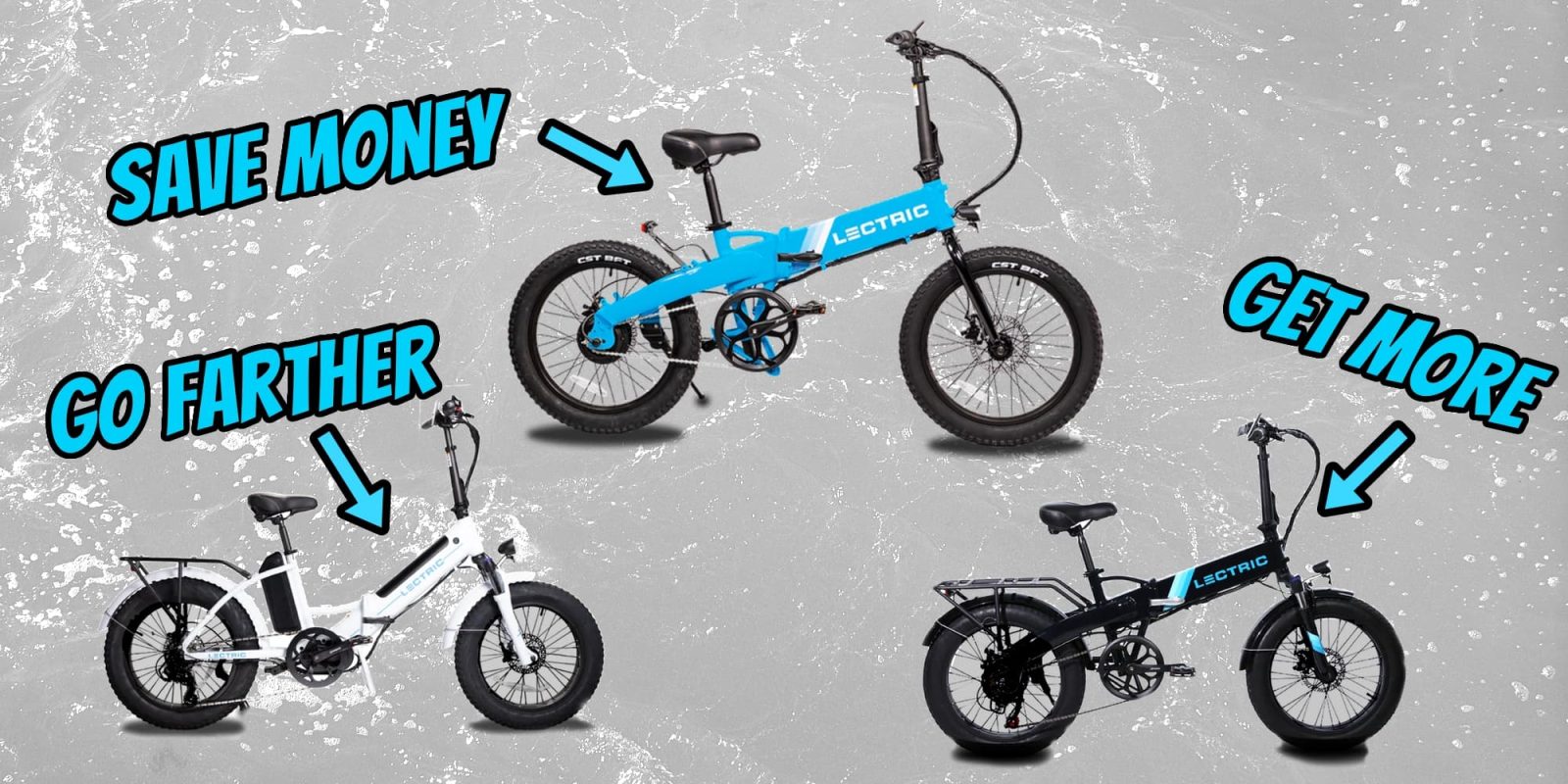 When it comes to bang-for-your-buck electric bicycles, it’s hard to beat the Phoenix-based company Lectric eBikes. While it may not have the fancy components of the big-name companies or the sprawling reach of the industry top dogs, there’s a reason the company has such a dedicated following: It offers good e-bikes at great prices. Having just released two new e-bikes on both the higher and lower ends of the market, plus offering a great mid-tier option, we’re going to break down the differences between the Lectric XP 2.0, the Lectric XP Lite and the company’s newest model, the Lectric XPremium.

How to choose your e-bike

All three models maintain Lectric’s signature design ethos: just enough of what you need, nothing you don’t, and a killer price.

But while they all share a great balance of features and cost compared to the industry, there are also a pile of differences to understand. The bikes offer three different motors, three different batteries, and a wide range of components and designs meant for different types of riders.

Let’s start with the Lectric XP Lite and work our way up the model line. And if you’d like to see a brief video version of this post to check out the three models in action, I’ve got that for you below.

The Lectric XP Lite, which was unveiled in mid-April, is the lightest and most affordable e-bike in Lectric’s lineup.

At just 46 lb (20 kg), it is surprisingly compact and maneuverable when folded down. I was able to easily toss it in the back of my car and ride around to find the best spots when I tested it ahead of the bike’s official launch.

The XP LITE offers Class 2 performance specs, which means the assist on both throttle and pedal assist will cut out at 20 mph (32 km/h). While that’s plenty for some riders, others like to go faster and will enjoy the two models further down on this list.

The XP LITE’s smaller 720W peak motor is sufficient to hit 20 mph, but it isn’t as strong as the next two e-bikes on this list. Even so, modest hills and some good old-fashioned pedaling combine to make this bike a trooper in moderately hilly terrain.

The bike also offers a single-speed drivetrain and a rigid front fork without suspension, which combine to help reduce both the price and weight. The smallish 375 Wh battery still offers a powerful 48V system but drops range to around 15 miles (25 km) on throttle-only riding, and also helps to reduce weight.

Another nod to low weight are the more narrow 2″ tires. These are not narrow by most measures, but rather fit a typical urban mountain bike role. Compared to the larger tires on the XP 2.0 and XPremium though, they’re both lighter and nimbler.

Strong mechanical disc brakes, built in LED lighting, and an easy-to-read LCD display round out the list of included gear, meaning you’re still getting a lot for your hard-earned dough.

The Lectric XP Lite is best for riders that want a good e-bike but on a budget, and don’t mind giving up features like multiple gears and suspension to get there. It’s also best for someone looking for a lighter-weight folding e-bike or that wants it to fit in a more compact area like a smaller car trunk.

For just $200 more though, you may want to check out the XP 2.0 model that we’ll discuss next next.

The Lectric XP 2.0 is something of the original classic e-bike from Lectric eBikes. Technically it is the second version, having replaced the 1.0 version by adding a number of upgrades like suspension, new tire size, stronger rack, more rugged frame, etc. But just keep in mind that this is the model that people think of when they refer to the original Lectric XP.

The XP 2.0 has a more powerful rear hub motor rated up to 800W and that can power it up to a faster top speed of 28 mph (45 km/h) on pedal assist. On throttle though, it will still only reach 20 mph (32 km/h) as required by law for Class 2 e-bikes. The more powerful motor also makes the XP 2.0 a better hill climber than the LITE.

Speaking of hills, the inclusion a 7-speed drivetrain on the XP 2.0 will also help riders in hilly areas that want to downshift for more torque when helping to pedal up a steep hill.

Other design improvements include an oil suspension fork up front combined with a pair of 3″ tires that offer a nice compromise between comfortable all-terrain fat tires and narrower urban tires. At 3″, you get the best of both worlds with a reasonably nimble ride that still feels like you’re on a higher end suspension bike.

The bike also includes a strong rear rack that is technically rated for around 70 lb. Fenders and lights are also included, meaning you’re getting a ton of nice parts for just $999.

The XP 2.0 is probably my main recommendation for anyone looking at a high-value hub motor e-bike and that doesn’t mind the somewhat heavier weight compared to the LITE.

Lectric XPremium – the king of the hill!

With the launch of the XPremium late last month, Lectric eBikes entered into much higher level competition with fancier mid-drive electric bikes.

Mid-drive motors, which house the motor by the pedals instead of in the rear wheel, are a more elegant and torquier way to power an electric bike. They allow the rider to power the wheel through the bike’s gears, letting you shift your way to either mega torque in lower gears or high speed in the upper gears.

The Lectric XPremium uses a mid-drive motor produced by a company called Truckrun, which is a good quality but lesser known manufacturer that can be found on several fancier electric bike models priced at over $3,000.

The XPremium ostensibly gets similar power and speed ratings compared to the XP 2.0, namely the peak of 800W and top speed of 28 mph (45 km/h), but the higher quality motor gives riders more freedom in how they get there, plus the ability to have a much nicer pedal assist experience.

That’s because the motor uses a torque sensor instead of a cadence sensor to engage the pedal assist, meaning the power comes on much smoother and more naturally. For anyone who really wants to pedal and experience an intuitive pedal assist support, this is the model for you.

The bike also comes with two batteries as standard equipment (there’s no up-charge for the second battery, unlike almost every other e-bike company that charge for the second battery option). With a real-world 50 miles (80 km) of range on throttle-only riding or 100 miles (160 km) of range on pedal assist, the Lectric XPremium offers seriously long riding possibilities, or just the ability to recharge less frequently.

Other nice parts include the hydraulic disc brakes for stronger stopping and reduced maintenance, upgraded LED lighting for more powerful night time illumination, oil suspension fork for softer rides, 4″ fat tires for the best all-terrain performance, a strong rear rack, and included fenders. The bikes also come with Slime anti-flat puncture resistance formula in the tires, which can save you a massive headache of fixing a flat tire on the side of the road.

The $1,799 price may seem like a big jump from the $999 XP 2.0, but it’s absolutely worth it. Not only is this a nicer motor and over twice the battery, but you get those higher quality parts like the hydraulic disc brakes too. And remember, you’d probably pay at least $1,000 more to get similar features and performance from other brands.

When Lectric eBikes first started out, they had very few accessories to choose from. But times have changed and now you’ll find a wide range of useful gear to add to your bike.

Some of my favorites include the cargo package and the comfort package.

The first adds some serious hauling capacity to the bike in the form of front and rear baskets. They basically turn your e-bike into a cargo bike, and would be great for anyone that needs to do some serious grocery shopping or wants to use their e-bike for commercial use like a delivery rider.

The comfort package swaps out the standard saddle and seat post for a wider and cushier saddle on a suspension seat post. To be honest, the included base-level saddle is already a great piece of gear – it’s not like those cheap and hard base-level saddles that many low-cost electric bikes come with. But the comfort saddle is just one step higher when it comes to comfort. And that suspension seat post also adds some nice cushioning to the rear of the bike for harsh bumps that the front suspension fork won’t help with.

I haven’t tried Lectric’s pannier bags yet, but they look like a solid option. I have used the folding lock, and I really like the way that it integrates into the XP 2.0’s frame to hide it out of the way when you’re not using it but still accessible when you need it.

There are a lot of great e-bikes out there. I’ve ridden tons of them and I recommend plenty of brands outside of Lectric for all sorts of uses and rider types. But Lectric has gone above and beyond when it comes to bang-for-your-buck, and these three models demonstrate that.

If you want higher-grade bicycle components, ultra-lightweight frames, or rear suspension, you’ll want to look elsewhere. Lectric eBikes doesn’t cater to the higher-end crowd like that. But what it does offer is good-quality gear that may not make it to top-shelf status, but that will last for years with a bit of care and attention, and that is backed by a local customer support team that is ready to help.

Hopefully this guide has helped you learn a bit more about the different models and what makes each one tick. Ride safe out there and may your battery be forever charged!