GM Cruise autonomous taxi pulled over by police in San Francisco without humans, ‘bolts’ off (U: Cruise responds) 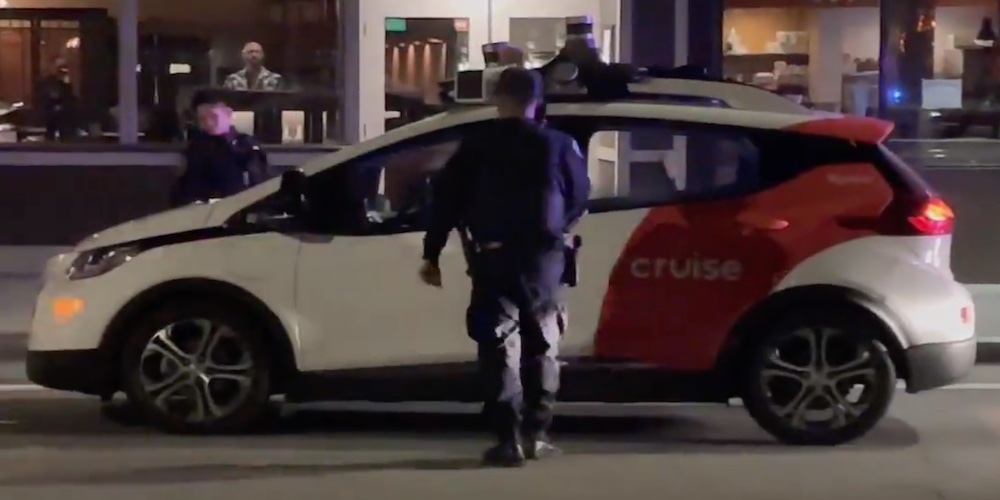 Last week, a GM Cruise-converted Chevy Bolt without a driver was pulled over by San Francisco Police. In an unexpected turn, the car “bolted” …to a safe spot. Cruise responded below.

The original Instagram poster noted that this occurred in the Richmond District of San Francisco last week.

b.rad916: Confused SFPD pulling over an #autonomousvehicle in the Richmond District!! Then it tries to take off!! 😆 🚔 1 week

There are some great takes in the Twitter feed:

Wow, this is quite interesting and it seems Cruise’s vehicle responded as intended though it is still uncertain why it was pulled over in the first place. From the video, it appears that the car could have been pulled over because of defective lighting, although that’s just a guess.

What do you think? Is this a victory for autonomous vehicles or something to be concerned about?