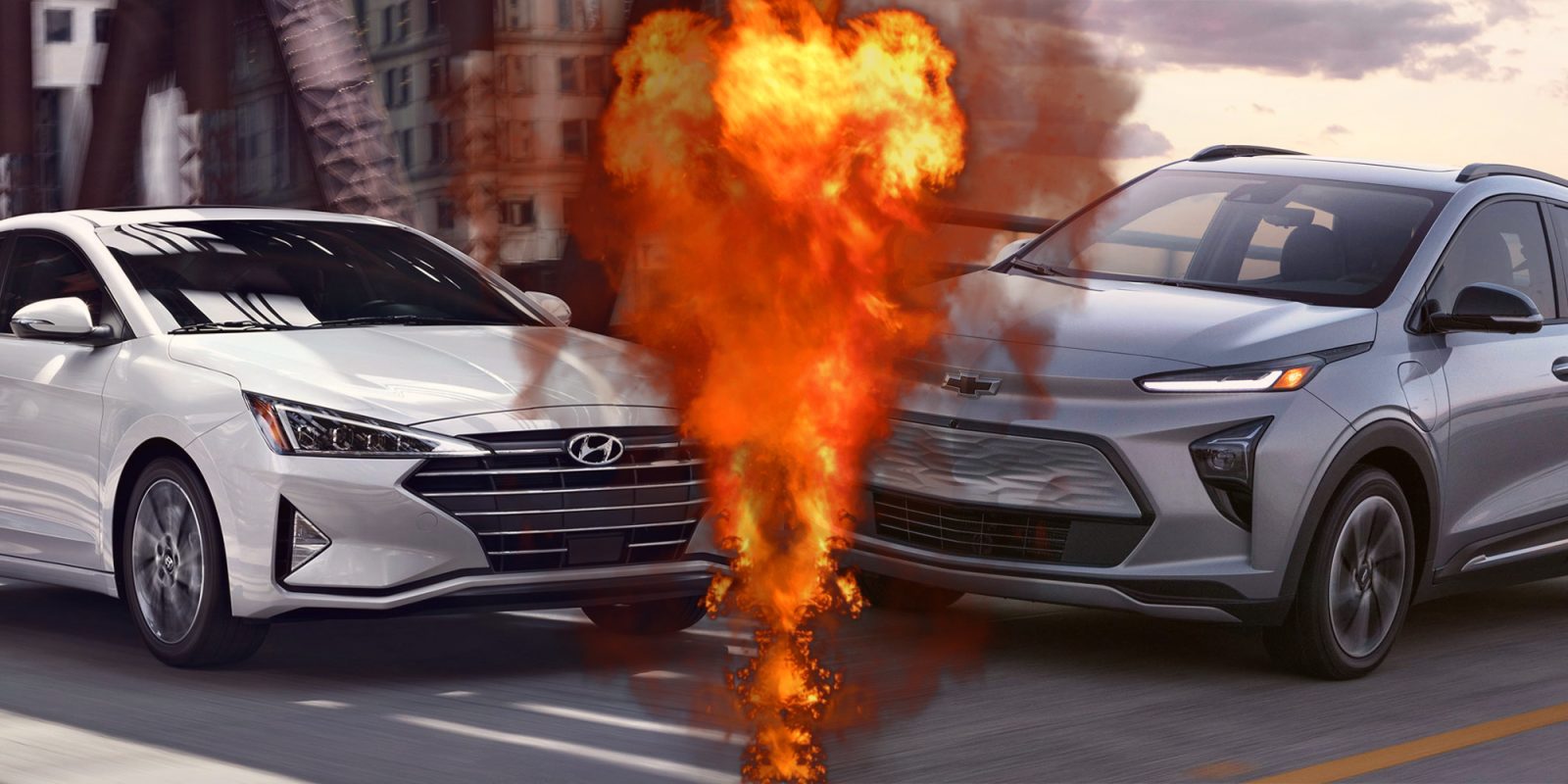 Where there’s smoke, there’s fire. Unless it pertains to EV fires, as that’s more smoke and mirrors. There is an ongoing flow of misinformation publicized by the less informed (or downright malicious) purporting that electric vehicles and their battery chemistry are more prone to fires than their gasoline counterparts. Aside from the obvious argument that gasoline vehicles operate via combustion, a new study shows how much more prevalent gas vehicle fires are compared to EVs.

As EV adoption continues to soar year over year around the globe, the bitter truth is that gasoline combustion remains the liquid gold standard, even if its days are inevitably numbered.

While a growing amount of consumers have stated their next vehicle purchase will be all electric, there are still plenty of coal rollers with a death grip on their gas cans, savoring their final sips of lame-duck, gasoline-based kool-aid. Truthfully, that anti-EV crowd remains a minority group that is hopefully dwindling further as electric vehicles continue to tiptoe toward price parity with ICE cars.

A majority of animosity toward electric vehicles, like many sad situations in this world, comes from a simple lack of understanding and knowledge on the subject. The average consumer still believes they need at least 500 miles of range to commute to their job eight miles away, and the thought of having to sit for 18–25 minutes at a fast charger feels like torture compared to a 3–5 minute gas station visit, right?

These are common excuses we as EV advocates encounter in daily conversations with people. We also hear that EVs will burn people’s houses down when they’re charging, yet people continue to buy cars that will actually kill you if you run them without proper ventilation.

EV fires are a genuine issue of concern, like any risk for drivers, and should be treated as such. GM has had its hands full the past year as the result of some Bolt EVs and EUVs catching fire, and they join a list of other EV automakers who have seen similar issues. However, those numbers pale in comparison to the fire risk of gasoline vehicles, and there is data to prove it.

According to findings pointed out by AutoInsuranceEZ, vehicles that operate using gasoline are tenfold more likely to catch fire compared to EVs.

The study compiled and compared data from the National Transportation Safety Board (NTSB), Bureau of Transportation Statistics (BTS), and government recall data from Recalls.gov to put together the charts you see above and below.

From that data, you will notice that far more fire recalls were made in 2020 for gasoline models, which also include hybrids in which vehicle batteries garner 100% of their energy directly from gasoline combustion in the engine.

Admittedly, 2021 tells a different recall story as Chevy alone recalled over 140,000 Bolt EVs and EUVs. That being said, the recall was implemented following just 16 vehicle fires resulting in only a few injuries. Still, those EV fires occurred, providing argument fuel to those already hesitant to adapt to electrification.

So, let’s talk about the vehicle fires themselves. As you can see from the car fire data compiled from the NTSB, gasoline is a lot more combustable. Who knew? If you combine gasoline cars with hybrids (also require gasoline), you’re looking at over 215,000 fires compared to 52 from EVs.

According to a recent report from the National Fire Protection Association (NFPA), vehicle fires accounted for 15% of the 1.4 million fires that took place in the US in 2020, and those fires contributed to 18% of civilian deaths and 11% of the civilian injuries. EV fires? About 0.02% of the US fire total.

The first chart shows that both EV recalls in 2020 were due to fires as the result of battery pack issues. When driving any vehicle, there is a risk of fire, especially following an accident. However, it’s safe to say that the issues that can lead to fire inside and outside of an accident in a gas vehicle far outweigh any risk of fire from battery chemistry. EVs generally don’t tend to explode either.

No matter which vehicle you choose to drive, the number one goal is safety for you, your passengers, and those other souls on the road with you. If you have range anxiety, can’t charge at home, or simply think electric vehicles are too expensive, that’s your prerogative and we implore you to find further educational resources through Electrek and beyond.

However, the argument that EVs catching fire exists as a veritable threat holds no water, so let’s drop it once and for all and save that H2O for the fire departments. They clearly need it.