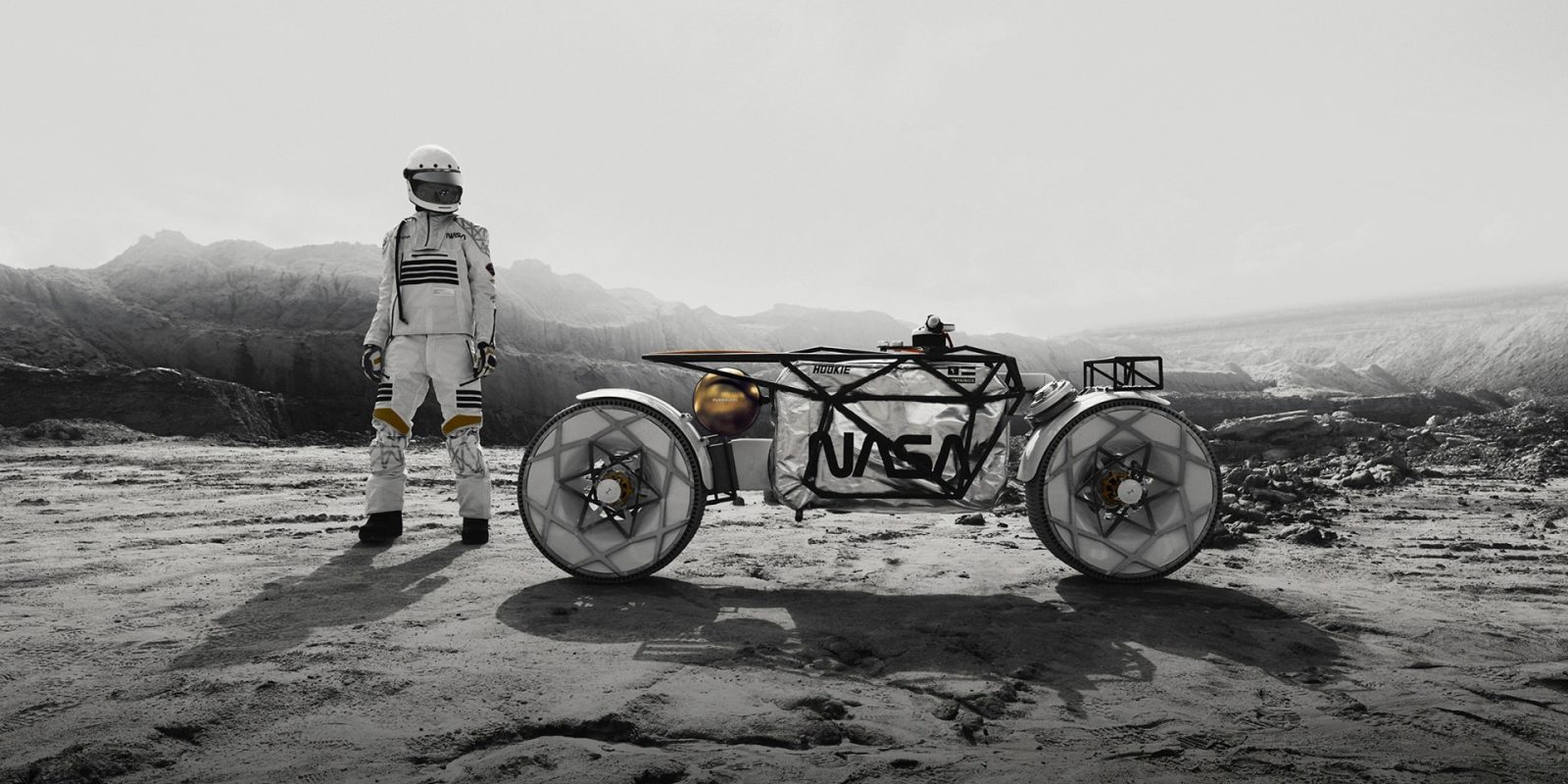 NASA is currently in search of the next lunar rover. German motorcycle design company Hookie thinks they might have it.

And with half the wheels, it sure saves a lot of weight compared to a moon buggy.

The Dresden-based designers built the first prototype of the Tardigrade, a name that they say draws inspiration from the ultra-survivalist microorganisms.

In addition to cutting down on weight, the space-conscious electric motorcycle would significantly reduce the size requirement of any lunar lander carrying it to the moon’s surface – or allow more rover motorcycles in the same space as a four-wheeler.

“A moon buggy requires almost the same space as 3-4 Tardigrades. The weight is much less than that of a complete buggy made out of steel.”

Steel seems like an odd choice for a comparison, especially considering the original lunar rovers were built from aluminum frames. But there’s no arguing about the potential for reduced weight and volume.

The Tardigrade uses laser-cut aluminum frame members and supports a Kevlar cover provided by Dupont to protect the drivetrain from radiation experienced outside of Earth’s atmosphere.

While the drivetrain was comparatively easy, the large airless balloon tires required more creativity to design. They were 3D-printed using 12 polyurethane tread modules secured onto the bike’s rims. The airless tires were designed to be easily repaired, should a module become damaged on the lunar surface and require replacement.

The idea of an electric moon motorcycle might sound outlandish, but NASA actually experimented with the idea in the 1960s.

The NASA History Office confirmed that an electric bike, or perhaps more accurately an electric scooter, was tested at one time for use on the surface of the moon. It was eventually beaten out by the four-wheeled electric buggies that we know and love, but at least the NASA photos below give us a glimpse of what an alternate history might have looked like if electric bikes had made it to the moon.

Hookie’s Tardigrade protoype doesn’t have any deal in place with NASA, but the company claims that they are on the space agency’s radar:

“NASA knows about our Tardigrade project and it would be amazing to talk about future collaborations or ideas. We’re totally up for this.”