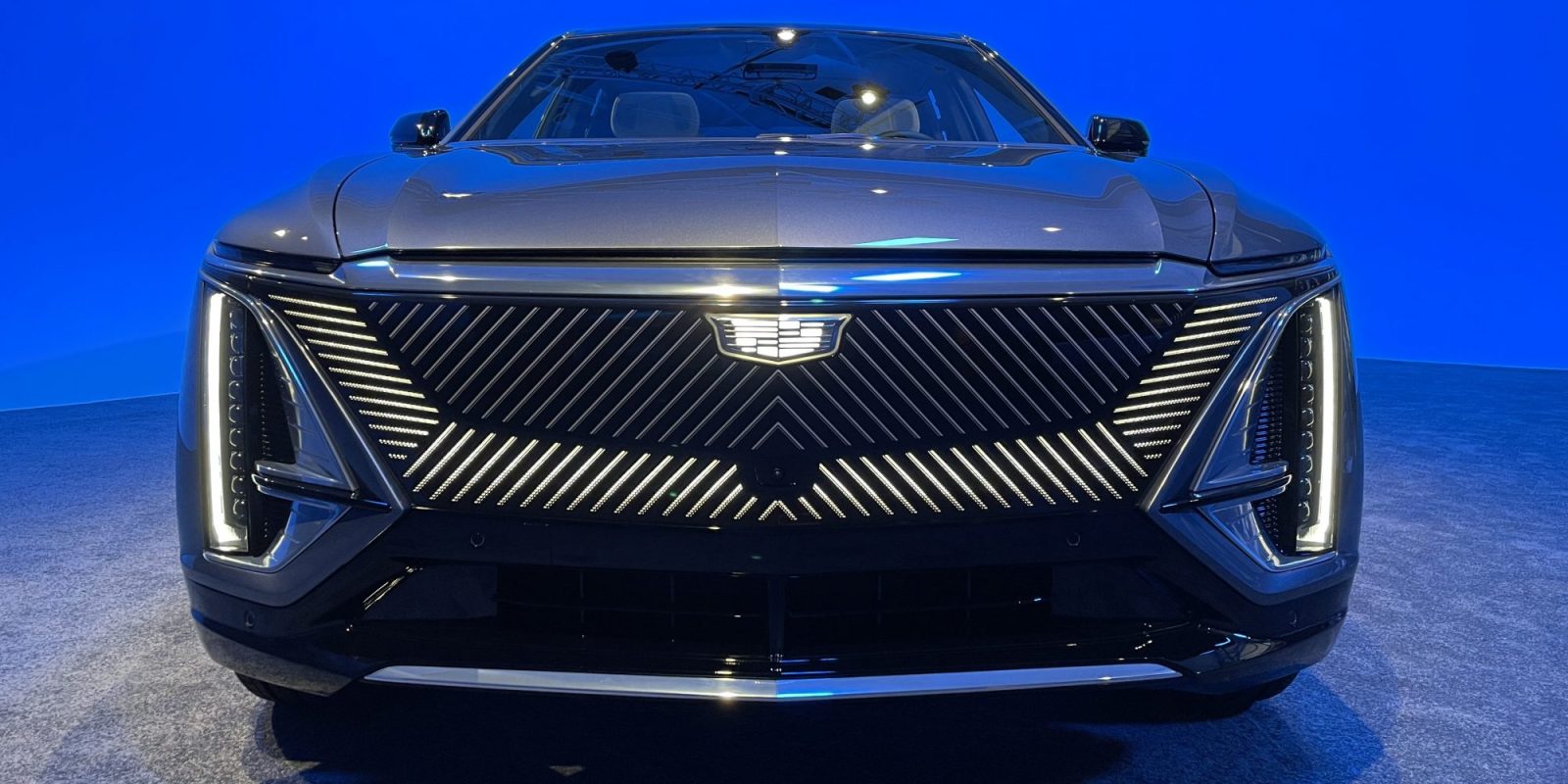 Cadillac opened reservations for their upcoming 2023 Lyriq electric vehicle at 1 p.m. today, and, in a completely unsurprising turn for our readers, the car sold out almost immediately. By 1:19 p.m., Cadillac stated that all 2023 Lyriq “Debut Edition” vehicles had been reserved.

Other 2023 model year Lyriq trim levels will still be available, but so far, Debut Edition reservations are the only ones that have opened (and 19 minutes later, closed).

Last month, we got a first up-close look at the Lyriq and came away very impressed. We didn’t get to drive it, and there are still some pre-production kinks to work out, but on the whole, the car looks and feels fantastic, and given its luxury and specs, the price is right too.

For a quick reminder on the basics, the Lyriq will start at a base price of just under $60k. The car will have a 100 kWh battery that puts out up to 340 horsepower to the rear wheels and will be good for “more than 300 miles” of range (no official EPA estimate yet). It comes with an onboard 19.2kW AC charger and can charge at up to 190 kW on DC. Super Cruise, GM’s driver-assist technology, will also be available on the Lyriq.

Cadillac has a feature sheet up on their website for the Debut Edition of the Lyriq.

We don’t know how many vehicles have been reserved already, as GM says the Debut Edition is “limited,” but doesn’t specify what that limit is. Further, the reservation fee was only $100 and is refundable, so we wouldn’t be surprised if a lot of people put down the money just for kicks.

(Update: We’ve learned that one dealer said there were 1,500 vehicles available, though other dealers have said nothing of the sort and Cadillac itself has not communicated that number. If that number is correct, it’s a lot smaller than we would have liked—But take it with a grain of salt, because it is just as likely to be a mistaken dealer.)

In comparison to some other electric vehicles with comparable $100 reservation fees, the Tesla Cybertruck got 41,000 reservations in the first day and 250k in the first week of offering, the F-150 Lightning got 44,000 in two days, and the VW ID.4 sold “a few thousand” of its “First Edition” in 8 hours.

Even though online reservations for the Debut Edition are full, GM plans to sell additional Debut Edition Lyriqs through its dealer network, according to the model’s website. It states:

2023 Cadillac LYRIQ Debut Edition reservations are full, but more vehicles will be available to order through your Cadillac dealer starting the Summer of 2022. Contact your dealer for more details.

Lyriq deliveries begin in Q2 of 2022, so we’re less than 9 months away from seeing the first cars hit the road.

When we saw the Lyriq in person, we were very impressed. Our main question at the time was “will GM make enough of these?” Now we have the answer: apparently not.

And then, for some reason, other manufacturers continue to state “we’re not making EVs because there simply isn’t enough demand.” We’ve heard it from Toyota, BMW, Mazda, Honda, and many others. Dealers aren’t helping either.

Even the manufacturers who seem serious about EVs have pretty middling projections for long-term EV sales. For example, Ford, GM, and Stellantis expect 40-50% of sales to be electric in 2030 – but, as we asked when that news came out, who’s going to buy the other 50%? Even GM’s dealers seem not to get it, as 150 out of 800 Cadillac dealers in the US accepted a buyout offer rather than invest in accommodating electric car sales as the brand goes fully electric.

We’ve written about all this before, so not to be a broken record, I’ll move along a bit.

In this case, GM seems to know that they have a winner here and they are surely trying to build the car as quickly as possible. But with recent difficulty over battery issues with the Bolt EV, they are perhaps not as willing as other manufacturers to upgrade their production targets just yet. They are, however, continually increasing investments into EVs in the hopes that future models won’t be so supply constrained. Though we at Electrek always think that these investments could and should be accelerated even further.

We don’t want this “Take” to sound like we’re going too hard on GM specifically, but there is a clear general trend that this is happening too often and with too many manufacturers. Someone has to get the hint sometime.

For the Lyriq, hopefully the “limited” number of Debut Editions was only a small portion of GM’s overall availability for this model. We hope GM will have the ability to fill demand in the coming years for what seems to be a popular model. While it’s great to see modern EVs selling out so easily, this is still a problem because, for every sold-out EV, that means one more buyer will go and buy a gas car out of necessity, and that gas car will be on the road for another decade or more spewing crap into all of our lungs.

So please, manufacturers, all of you: get with the program. Consumers want EVs. Build more of them. Thank you.