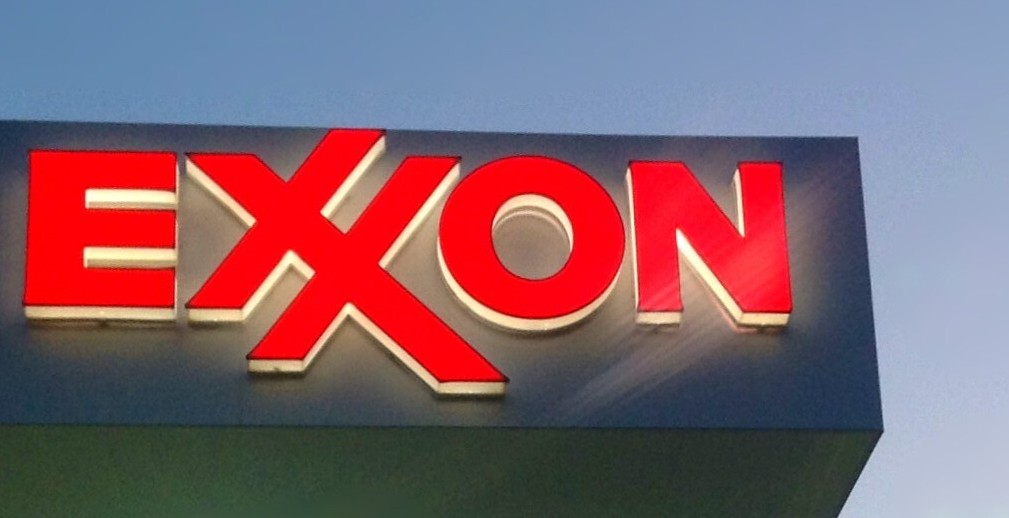 Keith McCoy, a senior director, federal relations at Exxon, thought he was having a Zoom video meeting with a recruiter. But what he really took part in was a meeting with a member of the Greenpeace project Unearthed in an undercover investigation. McCoy went into detail about how Exxon fights emissions reduction efforts in private, despite stating publicly that they support it.

The Zoom video meeting with Exxon’s McCoy took place in May and was aired by UK broadcaster Channel 4 on Wednesday. Unearthed states:

It is important to note that neither McCoy nor Easley [another Exxon employee] were necessarily seeking a new job, but each was willing to talk and provide information to the purported recruiters.

Here are a couple of standout quotes that McCoy uttered to his “interviewer.”

On carbon tax, which Exxon publicly says it supports:

Carbon tax isn’t gonna happen. The bottom line is, it’s going to take political courage and political will in order to get something done. And that doesn’t exist in politics. [Laughs] It just doesn’t.

Nobody is going to propose a tax on all Americans. The cynical side of me says we kind of know that. But it gives us a talking point. We can say, ‘What is ExxonMobil for? We’re for a carbon tax.’

And on Senator Joe Manchin (D-WV), who has received tens of thousands of dollars from Exxon and its trade associations:

Joe Manchin, I talk to his office every week. He is the kingmaker. He’s not shy about staking his claim early and completely changing the debate.

And then on President Joe Biden’s infrastructure bill, which was whittled down by Manchin and other bipartisan senators in negotiations:

When you stick to roads and bridges, and instead of a $2 trillion bill it’s an $800 billion bill… then a lot of the negative stuff starts to come out. Why would you put in something on emissions reductions on climate change to oil refineries in a highway bill? And people say, yeah, that doesn’t make any sense. So then you get to the germaneness and say, that shouldn’t be in this bill.

… in no way represent the company’s position on a variety of issues, including climate policy, and our firm commitment that carbon pricing is important to addressing climate change.

We condemn the statements and are deeply apologetic for them, including comments regarding interactions with elected officials. They are entirely inconsistent with the way we expect our people to conduct themselves. We were shocked by these interviews and stand by our commitments to working on finding solutions to climate change.

In a LinkedIn post yesterday – and according to LinkedIn as of time of writing, McCoy is still employed at Exxon – McCoy wrote:

I am deeply embarrassed by my comments and that I allowed myself to fall for Greenpeace’s deception. My statements clearly do not represent ExxonMobil’s positions on important public policy issues. While some of my comments were taken out of context, there is no excuse for what I said or how I said it. I apologize to all my colleagues at the company and my friends in Washington, DC, all of whom have a right to expect better of me.

The Channel 4 story appears to show fossil fuel lobbyists discussing the obstruction of climate action at the highest levels of government. Companies like Exxon spent decades sowing doubt about the science of climate change. Now it seems their lobbyists worked to deter climate solutions from being included in a potentially planet-saving infrastructure package. Congress and President Biden must stand firm for what we really need – an infrastructure package that meets the urgency of the climate crisis and builds an economy where everyone can prosper. We must stop giving public money to fossil fuel companies and reinvest that in a just transition to renewable energy, racial and economic justice, and investments in working-class communities as laid out in the THRIVE agenda. It’s time to start putting families and communities before the profits of the industry responsible for over 8.5 million deaths globally in 2018.

Reducing emissions is also “the negative stuff,” according to McCoy.

Photo: “Exxon” by JeepersMedia is licensed under CC BY 2.0