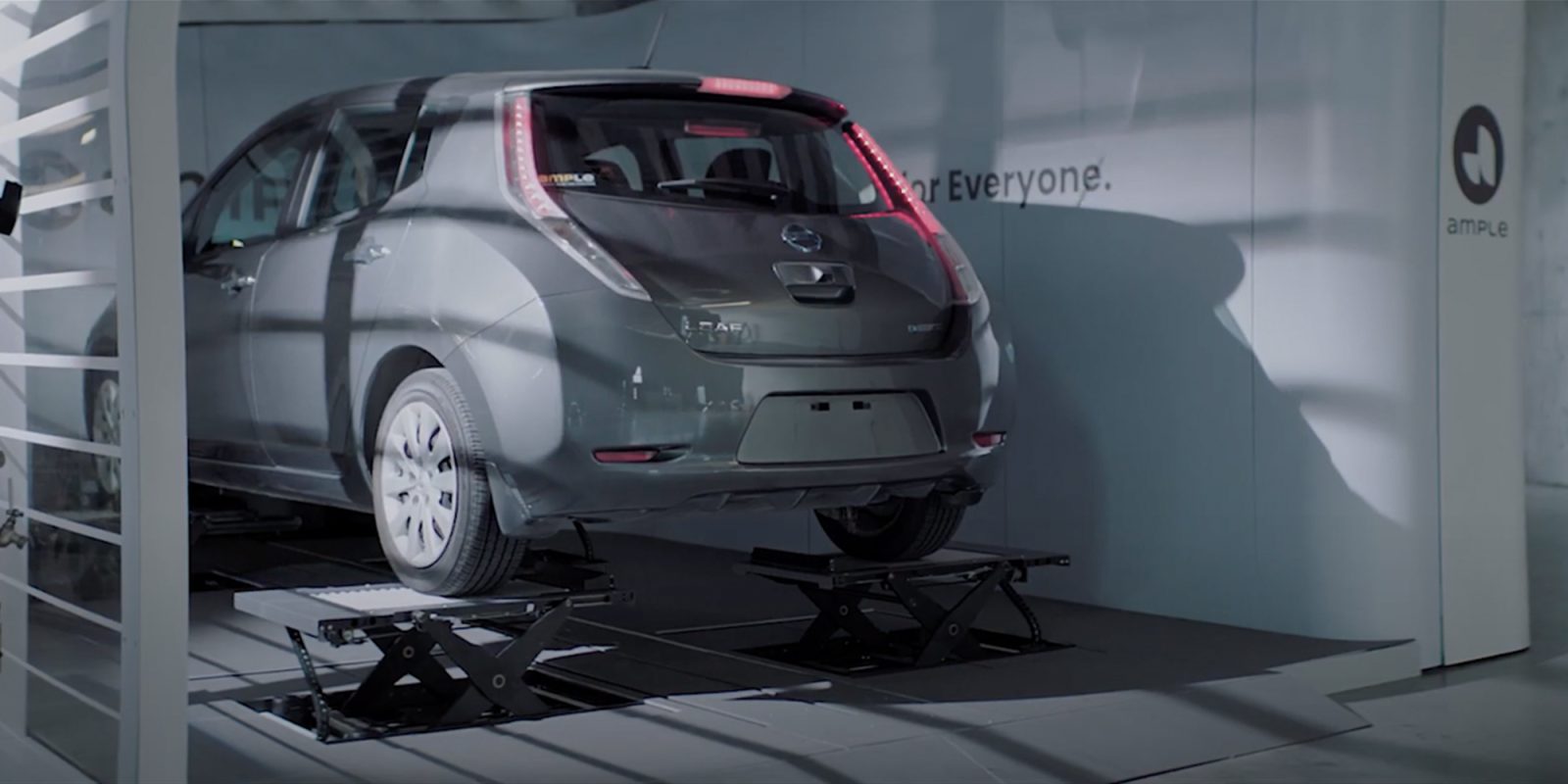 Ample wants to help put 1 billion EVs on the road

That’s the main goal presented in Ample’s press release. CEO Khaled Hassounah and President John de Souza founded Ample together with the goal of accelerating the adoption of electric vehicles and sustainable transportation energy on a global scale.

Since inception, Ample has raised over $70 million in venture capital toward its battery swapping development. This includes $31 million of Series A funding from Shell a few years ago. At that time, Ample was still very much in stealth mode. Now, the company hopes to step into the spotlight by announcing its modular battery swapping system designed for rapid deployment. Which, according to the company, can deliver a full charge in about 10 minutes.

According to the company’s founders, Ample kept a few major issues in mind when approaching battery swapping. First was to not ask EV manufacturers to change their cars, which is very tough for them to do. Additionally, the charging must be a solution people can go through very quickly and cost effectively. That way you can get proper coverage in a given city, plus it makes economical sense. Ample’s cofounder and President de Souza told Electrek:

When we started this seven years ago, we realized that if you’re going to move a large number of vehicles over to electric, you have to solve the infrastructure problem. I feel that right now, some feel that if you put in a lot of subsidies, people will be so committed to decarbonization that they will put up with a lot of pain. But that’s not a solution to get a billion electric cars on the road. We wanted to find a way to say that switching from gas to electric should be very easy. It should be a no brainer. And the only way to do that is to take away the anxiety people have around charging.

Battery swapping makes sense because it goes back to what you do with gas. When you stop in and physically move some type of energy into the car and drive away. The good thing about this is, no matter the amount of energy you are taking, you can do so very quickly. With charging, if you want to move a lot of energy into a 100 kW battery, you need a very large charger.

Ample’s fully autonomous swapping station removes depleted battery modules from the car and replaces them with fully charged ones. A vehicle can simply pull in, park, and let the robotic mechanism take over. A autonomous robot slides beneath your lifted vehicle and removes a battery module. It then zooms off to the hidden charging cabinet, where the battery is placed on a shelf to recharge.

The whole swap process is said to take around 10 minutes and is completely autonomous. Ample believes it can reduce swap times moving forward as well. Here’s the full introduction video from Ample featuring the battery swap system in action:

Ample’s stations require no digging or construction and can be assembled in less than a week. They only require a flat area the size of two parking spots, and power grid access. According to the cofounders, shelved batteries typically charge up in about three hours.

With that said, Ample has the… power to speed up charging to one hour if necessary. This is because Ample is charging the spare batteries separately from where it is transferring energy to the vehicle. This allows the company to control when and how much energy it is drawing from the connected grid. The cofounders explain:

Modular battery swap strengthens the grid by evening out demand and providing flexible energy storage for renewables – a result of the ancillary battery banks that are core components of the system. By absorbing renewables when they are plentiful and dispensing them quickly via swap when and where they are needed, modular battery swap fills a critical gap in our energy infrastructure. Swap systems can also curtail energy consumption when desirable or feed energy back into the grid when demand peaks.

The ability to pull in and swap out batteries quickly is interesting, but by no means new. Ample’s cofounders are quite aware of that, too. Rather than mimic the first obvious approach, they chose to focus on solving fundamental issues that limit battery swapping. This includes factors like integration and scalability. Modular batteries may help some these issues.

For Ample, the best way to solve the problems surrounding battery swapping was to modularize the battery itself. Instead of one large battery automakers must change their cars to match, they can keep their EVs exactly the same. No matter the vehicle, Ample can add or subtract modular batteries based on the shape and space available.

EV batteries may be swapped out for better versions someday

This technique can not only ease integration, but also requires a smaller footprint to remove and store smaller battery modules. What might be most interesting, though, is the potential these batteries can bring to the longevity of EVs. As battery chemistry develops and improves, those advancements can be integrated more easily into battery modules and swapped into any compatible EV. Ample’s cofounder and CEO Khaled Hassounah explained the potential:

The lifetime of your car is not limited by the lifetime of your battery. With this modularization, we’re moving from the battery being a very expensive product in the car to saying, ‘Listen, it’s just an energy delivery device.’ You buy a car not to own a battery, you buy a car to drive places. As long we make it easy and cheap, that’s kind of the purpose.

So instead of the experience today when you buy a car that has a 200-300 mile range that over time goes down, with us it actually keeps going up. Because we are continuously keeping the batteries up to date, but then also adding newer chemistries into them. So as the technology evolves, everyone gets the benefit, not just the people who happened to buy a car later.

Ample is currently being deployed regionally among fleets in the Bay Area; its list currently includes Uber. Additionally, Ample says it is actively working with a number of large automakers to enable mass deployment in the US, Europe, and Asia. Currently the company has integrated its modular batteries into nine vehicle models across five different automakers.

Per Ample, it is focused on electrifying fleets first with the hope of accelerating toward a wide-scale network that can support consumers, too.

Ample has a long way to go before battery swapping hits the mainstream in the US. In speaking to the founders, they’re quite aware of companies swapping batteries overseas like NIO, and have chosen a more unique approach.

Initially, the battery swap station could be very beneficial to fleets, ride shares, and last-mile delivery vehicles. It’s smart that Ample started there as it works toward integration with global automakers. The fact that the modular battery architecture allows for integration to virtually any EV platform is vital. At this point, however, it still feels like a big ask for automakers to pivot their assembly toward Ample’s modules, even if they can be custom fit.

What stood out most to us was the potential of the modular batteries themselves. The idea of swapping out a module to obtain fresh energy, while also receiving improved battery cells within a module, is intriguing.

It could essentially allow consumers to purchase an EV they love and allow them to own it much longer than they would with a traditional battery pack. Could you imagine driving your 2021 Chevy Bolt in 2041 while getting 700 miles of range from your new modular batteries? Hey, it could happen!

Even so, the module integration among multiple automakers feels like the biggest obstacle looking ahead. However, the prospect is there, and Ample is certainly worth keeping an eye on as it looks to electrify more fleets around Silicon Valley.